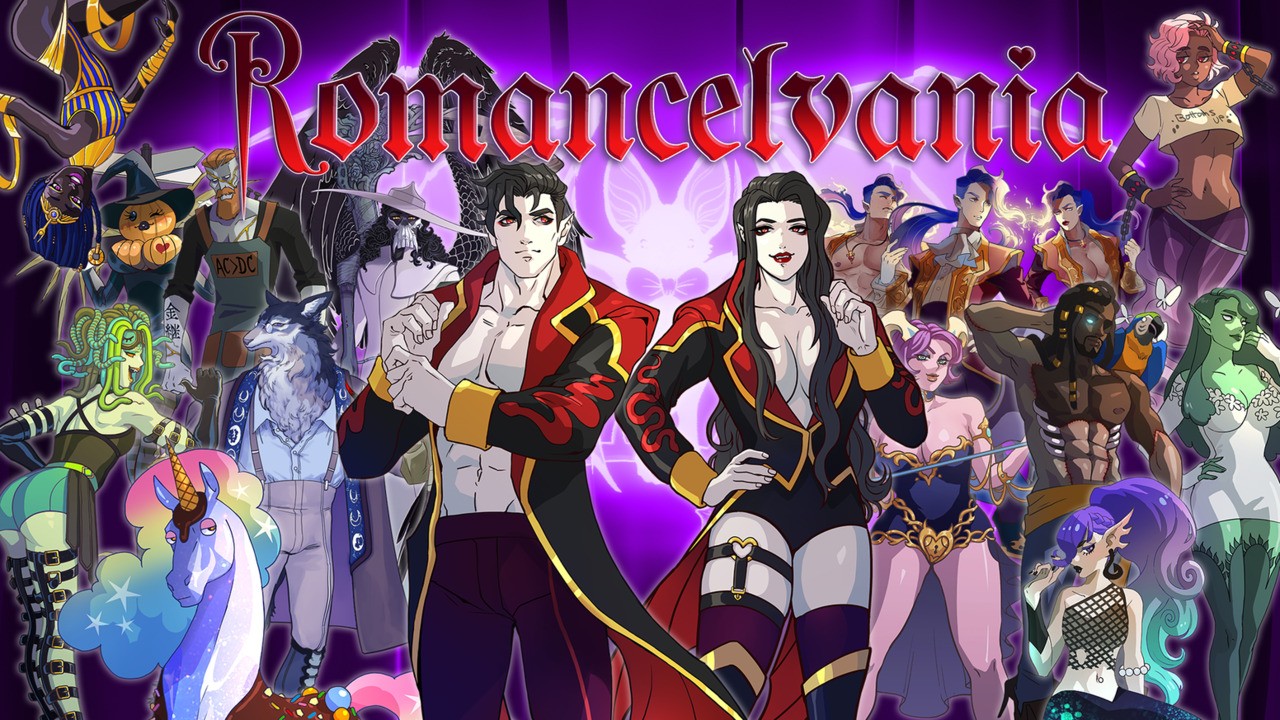 Who needs Castlevania when you can play Romancelvania instead? This Kickstarter project developed by The Deep End Games – a team comprised of individuals who previously worked on titles like Bioshock, Saints Row and Perception – has been fully funded for all platforms including the Nintendo Switch.

This “thirsty” Metroidvania combines battles and romance into a single experience. Here’s the backstory along with some extra details about what to expect:

“You play as the legendary playboy vampire himself, Drac, as he battles and romances his way across Transylvania. After being reluctantly recruited by the Grim Reaper to star in a “reality dating show,” he’s on a mission to find the world’s most eligible monsters, get them to move into his party mansion, and restore his former glory by killing everything in his path along the way.”

Build your castle – Grow the party mansion as you convince more cast members to move in, and decide where monsters live to get stat and skill bonuses.

Enjoy the Showmance – Take the cast members on outlandish dates, massage your sweetheart to unlock more conversation options, and spend time getting to know these supernatural hotties.

It’s worth pointing out you will also be able to play as a female Drac, and there’ll even be a Limited Run physical release. This is what the team had to say about reaching its Kickstarter goal of $200,000:

“That’s the update. We actually did it and it’s all thanks to YOU. Lots to talk about, plan, celebrate, and create, but for now, know that we will be thanking you all for a long time coming. Today you have made dreams come true!”

Romancelvania is currently targeting a “late” 2021 release. Does this look like your kind of game? Tell us in the comments.