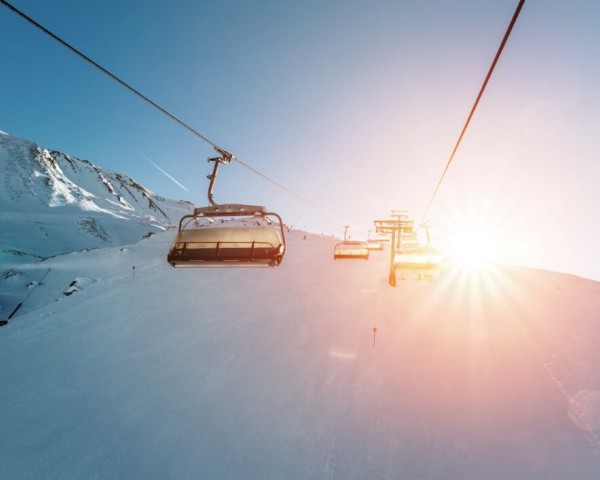 The first wave of the Covid-19 pandemic had an unprecedented effect on the tourism industry worldwide. Then, there was a slight relief for some countries, especially in Europe, during the summer. However, this was only temporary. The second wave of the pandemic hit many countries during the last couple of weeks and has yet again led to the paralysis of the industry.

Italy is one of the countries that has suffered most during the last couple of months given their heavy dependence on the tourism sector. And, unfortunately, this suffering is set to continue during the winter tourism season.

Importance of the Winter Season

The importance of the winter season for Italy cannot be overestimated. The economic weight of the sector amounts between 10 and 212 billion euros. Moreover, it employs around 120 thousand people. With the possible closing of ski lifts until after the Christmas period losses could reach a staggering 8.5 billion euros.

Overall, the Italian winter tourism sector will record a decrease in tourist presences equal to 33.1%, with a reduction of 72.8% in terms of foreign inflow.

The effect would be very broad, from a pure aspect to the tourism industry. Stakeholders include cableway workers, hoteliers, restaurant owners, slope attendants, ski instructors, renters of equipment and many more. All of these would suffer greatly from a possible non-beginning of the winter season.

The most dependent regions are mainly located in the north of the country. These include Veneto, Trentino, Piedmont and especially South Tyrol, which is historically known for its focus on foreign tourists.

The above-mentioned, however, has no effect on the desire of Italians to travel in winter. This was revealed in a study conducted by Jfc for Skipass Panorama Turismo.

47.3% of respondents want to travel during the winter season, while 23% declared that they do not want to change their behavior compared to the previous year. 15% of those surveyed have even already planned their next ski holidays.

The uncertainty of the moment also led to the postponement of winter holidays in 27.8% of cases, mainly to February 2021. Customers will also look for small-sized structures and will engage in sports activities directly in contact with nature.

Finally, a reduction in the number of days on holiday has also been noted – 17.2 on average. This is quite a significant decrease compared to 22.5 days in 2019-20. Moreover, there is also a special focus on sport (skiing and snowboarding) as the primary activity of the trip.

What about Other Countries?

But what if Italians will not have the opportunity to ski in their own country? In that case, they would likely have several alternatives in Europe. Austria is set to regularly open ski resorts and could thus “steal” the Italian clientele. The same goes for Switzerland.

However, Italy sees this is a problem. The former president of the European Parliament Antonio Tajani insisted that common decisions, rules and European coordination are necessary to avoid unfair competition in the sector during the winter season.

Italy’s Prime Minister Giuseppe Conte shares the same view. He called for ski lifts across the EU to be shut down by mid-January. Germany is likely to take a similar path and regulate ski tourism until January 10th. But what about the other countries?

There is a serious objection from other member states on this matter. This is especially the case of above-mentioned Austria, as government representatives have no understanding for Italy’s proposal. Other objecting states include Slovakia, Slovenia, Sweden, Poland and Spain. The European Commission is also not convinced by this initiative.

Thus, at this point, it is difficult to expect any significant developments in this context. It is hardly imaginable that Italy’s unprecedented suggestion will be taken into consideration and this matter will very likely remain in the hands of the EU’s member states.

Video: Digital Foundry’s Technical Analysis Of DOOM Eternal On Switch
Experts Explain How to Help a Friend or Loved One Who’s Having a Panic Attack
Liam Neeson Looks Back at His Breakout Excalibur Role 40 Years Later
A big old beer festival is (probably) coming to Printworks
Is There a Link Between Breast Cancer and Chronic Inflammation?