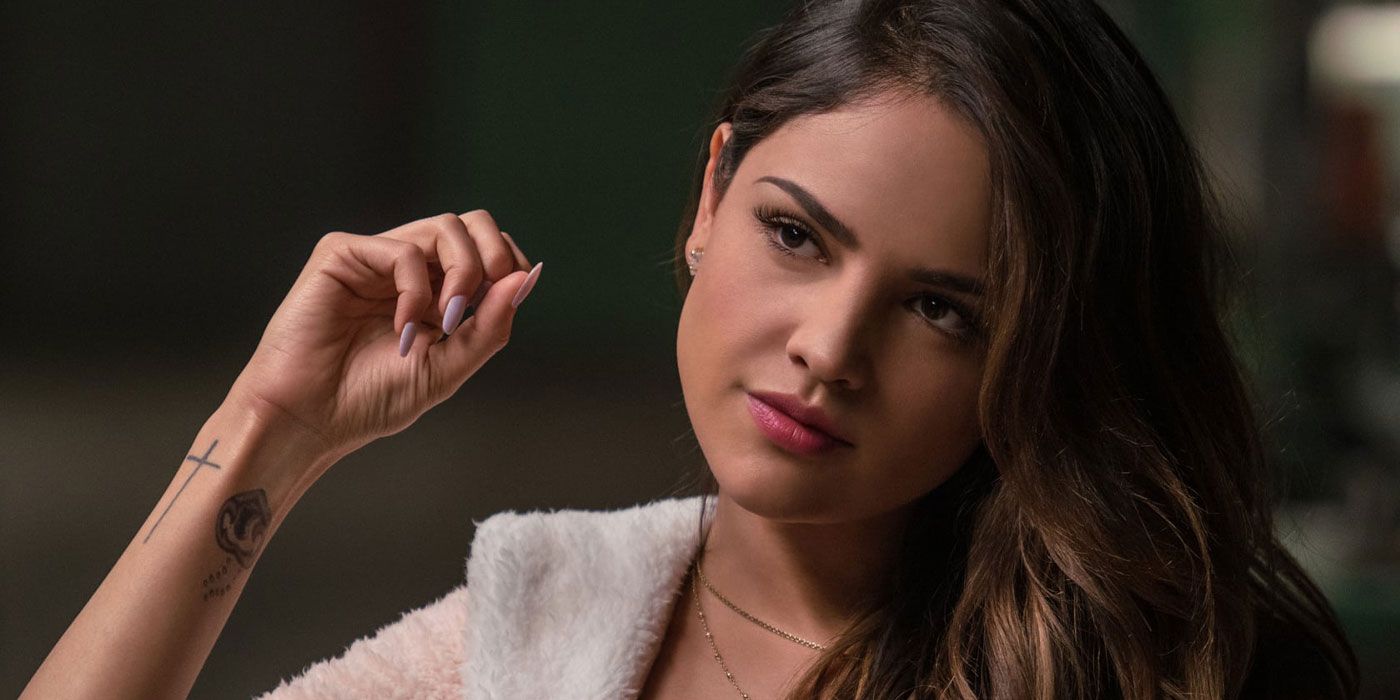 With director Adam Wingard’s Godzilla vs. Kong now playing in North American theaters and streaming for free on HBO Max, I recently spoke with Eiza González about making the newest entry in the monster franchise. During the fun interview, she talked about who they’d be rooting for if she wasn’t in the movie, what it was like seeing the finished film and the monster fights, if her character in Godzilla vs. Kong had seen the Jurassic Park movies, and what surprised her about making the movie. In addition, over the past year, whenever we wrote about this movie, so many people wanted to know why Godzilla and Kong don’t kiss. So I asked her about it. Considering she had no idea I’d be asking this question, her answer was great.

In Godzilla vs. Kong, you will see the two monsters taking each other on in their first shared film in years. The film is a direct sequel to both Godzilla: King of the Monsters and Kong: Skull Island and the movie co-stars Alexander Skarsgard, Rebecca Hall, Millie Bobby Brown, Julian Dennison, Kyle Chandler, Brian Tyree Henry, and Demián Bichir.

Check out what Eiza González had to say in the player above and below is exactly what we talked about and the official synopsis.

RELATED: Millie Bobby Brown and Julian Dennison on ‘Godzilla vs. Kong’ and the Status of an ‘Enola Holmes’ Sequel

Here’s the official synopsis for Godzilla vs. Kong.

Legends collide in “Godzilla vs. Kong” as these mythic adversaries meet in a spectacular battle for the ages, with the fate of the world hanging in the balance. Kong and his protectors undertake a perilous journey to find his true home, and with them is Jia, a young orphaned girl with whom he has formed a unique and powerful bond. But they unexpectedly find themselves in the path of an enraged Godzilla, cutting a swath of destruction across the globe. The initial confrontation between the two Titans—instigated by unseen forces—is only the beginning of the mystery that lies deep within the core of the Earth.

KEEP READING: “Why Don’t They Kiss?” ‘Godzilla vs. Kong’ Cast and Filmmakers Answer the Big Question

Disney World Ending Most Face Mask Rules
Experts Explain Why You’re Always So Hungry at Night — and What You Can Do About It
Natalie Portman, Julianne Moore to Star in New Drama Movie May December
PSA: Stop feeding the birds in the Royal Parks
New Disney+ Docuseries Will Go Behind the Scenes of Haunted Mansion, Other Theme Park Rides