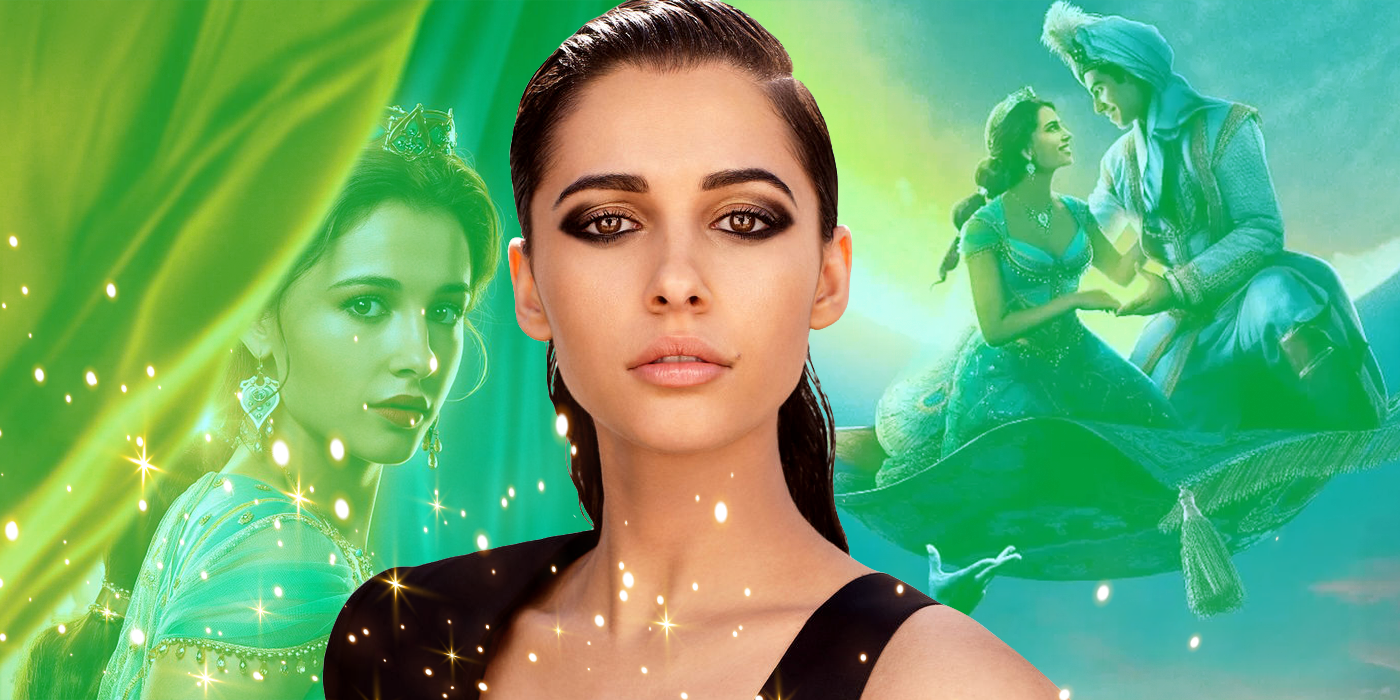 We’ve already shared a little bit of Naomi Scott’s story of how she broke into the industry, but how about we jump ahead to one of her recent big hits? On Collider Ladies Night, we always start at the very beginning and cover how the steps our guests took paved the way to their latest achievement. In Scott’s case, it’s a brand new audio/podcast series called Soft Voice. If we’re taking a step-by-step approach to Scott’s journey to that particular project, you know we had to spend some time talking about one of the biggest blockbusters of 2019, Disney’s Aladdin.

There’s challenges coming at Scott from every single angle on a film like that. There’s the overall pressure of justifying the decision to remake a beloved film. Scott’s got to sing songs from the 1992 animated movie that are certified classics. And on top of that, Scott’s also the one who’s got to add a completely original track to the mix – “Speechless,” written by Benj Pasek and Justin Paul.

When we hit the Aladdin portion of our Ladies Night chat, I asked Scott where she felt the pressure most, redoing classic songs like “A Whole New World” or doing an original like “Speechless” and hoping it hits the bar set by those unforgettable originals. Here’s what she said:

“You can’t really compete with the original. It’s not a competition-type situation really, is it? It’s just like, ‘Well, that’s the song that has to be in the movie and I have to sing it and I feel very confident that I can sing it well.’ I can’t say that I felt too nervous about that one. ‘A Whole New World’ also, just in terms of the song itself, it’s not as difficult to sing as ‘Speechless.’ ‘Speechless’ is a very, very tough song. And so I think I was more nervous about that because it was a big moment for the character.”

In addition to the challenging nature of the song and that key character beat, Scott was also well aware of the unique pressure that’d be on “Speechless” compared to the other songs:

“It’s obviously new; what if people don’t like it? You know, that’s the song that people are gonna, when they hear it, they think of your character and you’re kind of taking on that new thing so I would say probably more pressure with ‘Speechless.’”

So yes, clearly there were some nerves here, but ultimately? Scott was excited more than anything. Here’s why:

“More than anything else, I was probably just excited because I thought it was a really strong song. It felt like a really strong ballad. It didn’t feel kind of – what’s the word? It didn’t just feel light and pretty; it felt like it had some gut to it, which I was kind of excited about.”

Scott, a talented and experienced singer off-screen as well, also took a moment to point out the difference between singing a song as Jasmine and singing one as herself:

“The other thing about these songs is, I’m singing as the character, so the way that I sing usually sounds very different to my singing in this movie because it’s a little bit more theatrical, maybe. There’s some sort of an accent. There was conversations about that. You know, I’m singing as Jasmine. But I was excited to inject a little bit more of the soulful sprinkle maybe that is more my sensibility in terms of what I grew up listening.”

With “Speechless,” Scott knew there was bound to be two types of viewers out there – folks who’d rather see the film stick closely to the 1992 version and others who’d wind up loving the new addition. But for her personally, it wasn’t tough to hold tight to the positivity because of how much she believed in the song.

Scott also added something about her approach to dealing with the “Speechless” pressure that really could come in handy when working on just about anything; there’s really no point in excessive worrying.

“I should have maybe felt more pressure and all these things, but when you’re in that bubble, that lovely bubble of making the movie, and you’re with all these people and you feel really confident about the choices that you’re making and you are very clear about what it is you are looking to achieve, that’s all you can really do because ultimately you know that there are gonna be people that dig it and people that don’t, and that’s like anything that I’ve done up till now [laughs], so I’m kind of like, there’s no point over-worrying.”

If you’re looking for more from Scott, stay tuned because we’ve got a lot more coming your way soon! Keep an eye out for one more clip dropping over the weekend and then we’ll have Scott’s full Collider Ladies Night conversation for you on Tuesday, April 6th! And don’t forget to catch Scott’s work in Soft Voice. The first five episodes are now available wherever you prefer to listen to your podcasts.