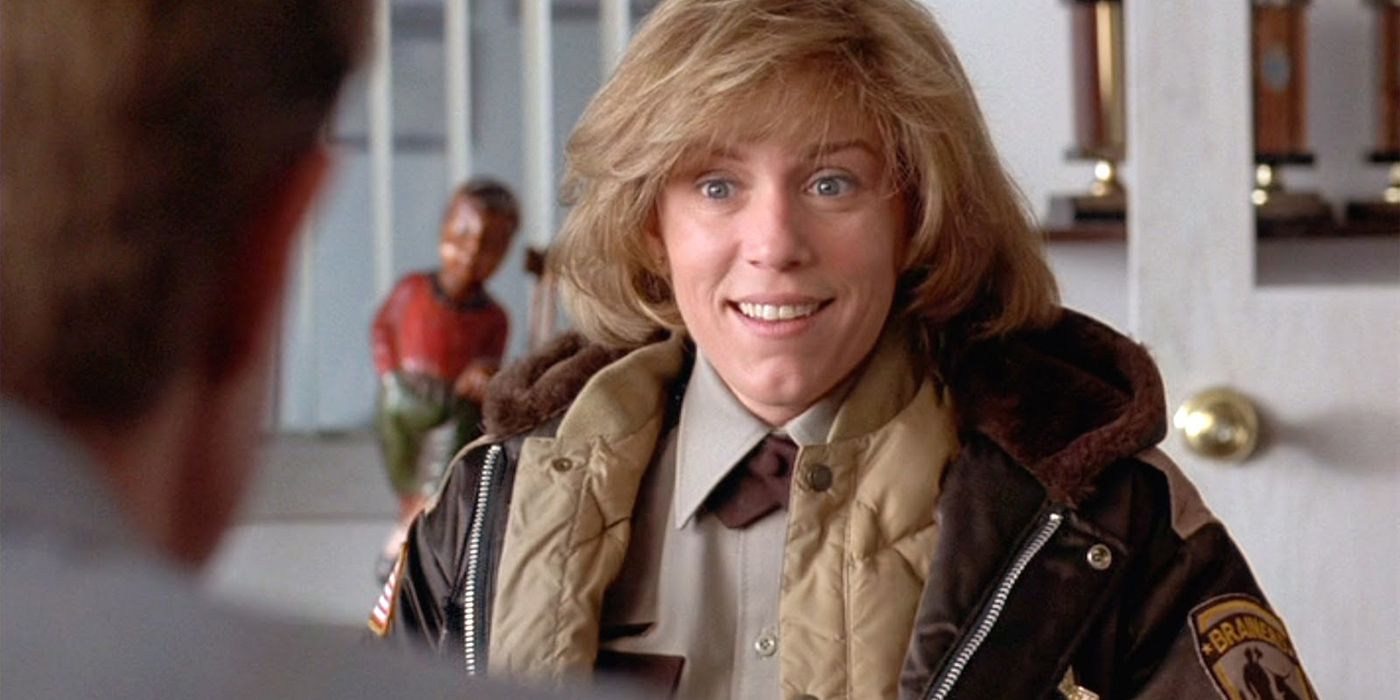 Break out your trapper hats and plaid shirts, because the genre-bending crime drama Fargo will be returning to theaters on May 2nd and 5th. Fathom Events and Park Circus will be re-releasing the film to celebrate its 25th anniversary. Select theaters across the United States will screen the film, with tickets now on sale.

The re-release also coincides with star Frances McDormand’s Oscar campaign for Chloe Zhao’s drama Nomadland. Both films feature McDormand as a woman determined to carve her own space in the world, with Fargo’s Marge Gunderson investigating a string of bizarre crimes in her Minnesota town. She won the Oscar for Best Actress for the role in 1997 and is poised to win again for her performance in Nomadland as the tenacious Fern.

Although the film’s actual anniversary fell on March 8th, the increased availability of COVID-19 vaccines has begun to make moviegoing safer. The box office has been given a new bolt of energy thanks to the $9.6 million payday of Godzilla vs. Kong, the highest gross of the pandemic. It also follows a new trend of celebratory re-releases, as Edgar Wright’s cult-favorite Scott Pilgrim vs. The World will also return to theaters on April 30th.

Fargo was critically and commercially successful upon its 1996 release, with director Joel Coen winning Best Director at the Cannes Film Festival and the Coen Brothers screenplay winning Best Original Screenplay at the 1997 Oscars. The film inspired an FX series of the same name, with the anthology series having wrapped up its fourth season in November.

To find the theaters participating in Fargo’s anniversary screenings and to buy tickets, visit the Fathom Events website.

“Celebrated as a darkly comic twist on the thriller genre, Fargo is also a film of great visual beauty, with cinematography by regular Coen Brothers collaborator, Roger Deakins. When a hapless husband finds himself in insurmountable debt, a series of absurdities embroils him with two inept crooks. Their crimes fall under the jurisdiction of a heavily pregnant rural Minnesota police chief, Marge Gunderson (McDormand), who makes no small effort to solve the case.”

The potential deal would make Peacock a major streaming service for some gigantic franchises.

Experts Explain Why You’re Always So Hungry at Night — and What You Can Do About It
Prince Harry and Meghan Markle’s Daughter Is Here — Here’s Everything We Know About Lili
The South Bank is officially the third coolest street in the world
London is getting four – yes, four – new cinemas this year
Study Pinpoints Cancer Patients at Highest Risk From COVID