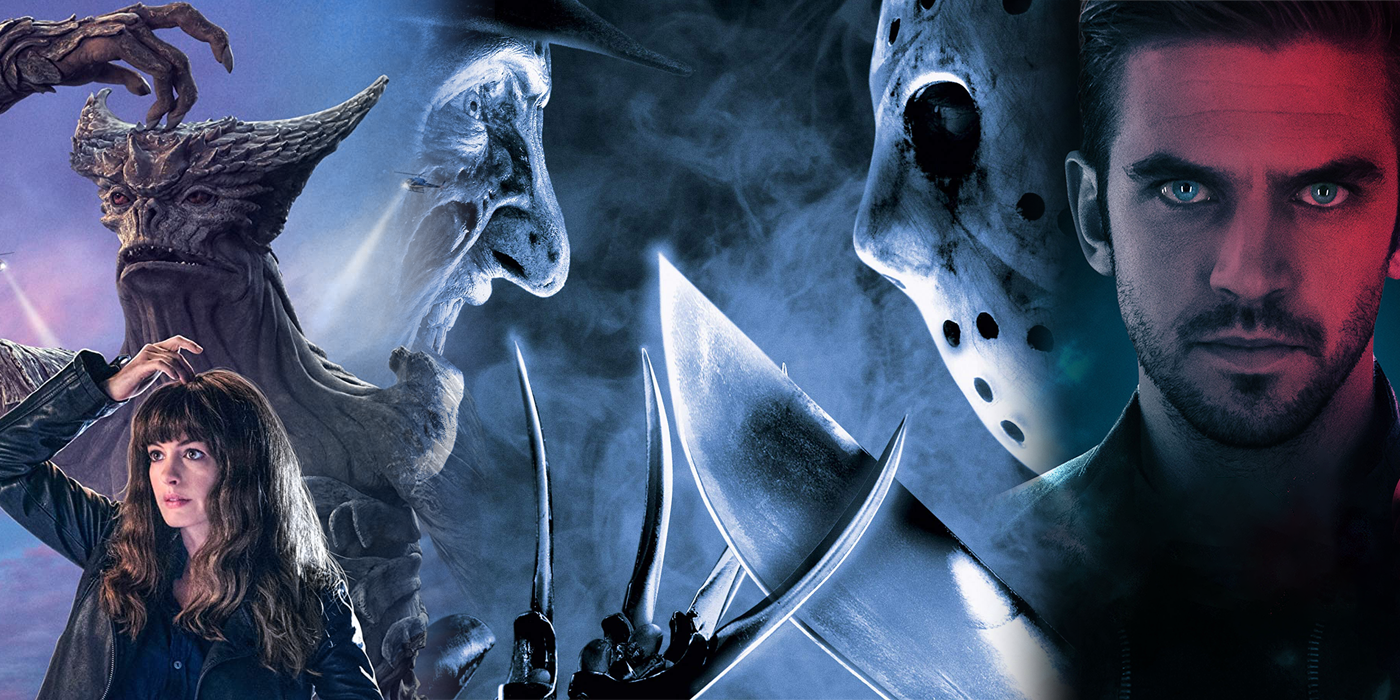 Godzilla vs. Kong has finally stomped its way onto HBO Max, and while Adam Wingard‘s film delivers on its monster-brawling promises, its under-two-hour runtime might leave you hankering for more city-leveling action. Luckily, your old pals at Collider know a thing or two about movies in which one monster punches another monster straight in the dang face (among other, less important genres) and compiled a list of the best movies to watch after Godzilla vs. Kong.

I didn’t want to just turn this list into “watch every Godzilla movie,” but if you’re solely interested in more Zilla, it goes without saying that the original 1954 Gojira is a masterpiece, and some top choices I’d recommend after that are: Destroy All Monsters, Invasion of Astro-Monster, Godzilla vs. Biollante, Godzilla vs. Destoroyah, and Shin Godzilla. As for Kong, the original 1933 King Kong is occasionally ehhhhhh but remains a wonder for VFX nerds, the 1976 remake is underrated, Peter Jackson‘s 2005 remake is bloated but beautiful, and the 1933 film Son of Kong will scar you emotionally for the rest of your days.

So, without that settled, here are seven more movies to watch after Godzilla vs. Kong.

[Editor’s note: The following contains spoilers for Godzilla vs Kong.]

If you specifically want more of King Kong fighting Godzilla, well, you absolutely can’t go wrong with 1962’s King Kong vs. Godzilla, from original Godzilla director Ishirō Honda. The story of how this film came to be is truly wild—it started out as a pitch for “Godzilla vs. Frankenstein’s Monster” that made its way to Toho through real-life deception—but the resulting movie is equally bananagrams. As long as you find rubber-suit monster movies fun and charming instead of distracting, you will feast on the sight of King Kong being airlifted via balloons into a brawl with Godzilla, immediately getting struck by lightning, and then forcing an entire tree down Godzilla’s throat.

If the techno-rave neon aesthetic of Godzilla vs. Kong is what you responded to—that Ghidorah skull DJ booth, hell yeah—then you absolutely need to watch the criminally underseen The Guest, arguably Adam Wingard’s best movie. It’s not a “monster movie” on the scale of GvK, but creepy Terminator vibes abound in this slow-burn mystery starring Dan Stevens as David, a soldier who shows up on the Peterson family’s doorstep claiming to be a friend of their late son. We very quickly start to doubt every word David says—including anything about being a human from this Earth—and Wingard shows restraint in pulling back the plot’s layers. Which isn’t to say The Guest is a quiet movie; The Guest straight vibes with neon color and pulsing synth beats that give the whole thing an otherwordly, almost futuristic vibe.

In the history of horror’s “versus” movies, no showdown was so highly-anticipated for so long more than Freddy Kruger of the Nightmare on Elm Street movies and Jason Voorhees of the Friday the 13th franchise. After twenty years and countless close calls, the two slasher icons finally crossed blades in 2003’s Freddy vs. Jason, directed by Ronny Yu, and the result is a big, sloppy mess that remains a ultra-charged good time. The plot remains bonkers—and at least one line has aged worse than Freddy’s face—but it almost doesn’t matter next to the sheer thrill of seeing these two titans in the same room, trying to stab the same people. Yu, who cut his teeth in the Hong Kong action world, produces some of the most memorable images of either franchise, from a burning Jason plodding through a cornfield to Freddy turning propane tanks into a high-wire action set-piece. Plus, you’re getting Robert Englund‘s final performance as Krueger, a performer-to-character combo that still feels inimitable.

If you loved the massive monsters of Godzilla vs. Kong but felt the human characters were a bit lacking, look no further than Colossal, a shockingly emotional study of addiction and toxic behavior that also includes a Kaiju stomping through a major metropolitan city. Anne Hathaway stars as an unemployed writer and struggling alcoholic who discovers her drunken stupors at a local playground also manifest across the globe as a giant creature in Seoul, South Korea. Filmmaker Nacho Vigalondo takes what could’ve easily been a cheesy premise and turns it into a deeply personal character study, aided by brilliant performances from Hathaway and co-star Jason Sudeikis.

Journey to the Center of the Earth

This is the most obvious choice, so let’s make this very clear: If you really enjoyed Godzilla vs. Kong and somehow have not seen Pacific Rim, you need to drop literally whatever you are doing and watch Pacific Rim. The two films are basically companion pieces in everything from vibe to aesthetic to tone to the part where a person jacks their brain into the consciousness of a monster-fighting machine. Guillermo del Toro injected every ounce of his creature-loving heart into Pacific Rim, which sees humanity fighting back against the massive Kaijus who crawled out of the ocean with tower-sized metallic creations of their own. Just pure, gonzo spectacle start to finish.

The Host is arguably the best monster movie of the last, oh, twenty years or so, an essential must-watch for anyone who loves creature features. Oscar-winner Bong Joon-ho keeps his nasty creation—a two-legged fish abomination with slimy jowls for days—out in the open sunlight, better to serve his allegory for the brazen evils that men do. (The movie opens with Scott Wilson brazenly dumping chemicals into the Han River.) Spectacularly staged and featuring some of the best set-pieces in monster movie history, The Host is more of a spiritual successor to Gojira than anything that came in the 52 years in between. Fun fact: The Host becomes ten times better once you learn the main monster is modeled after Steve Buscemi in Fargo.

If you want to do a full deep dive into monster crossovers, let’s head back to 1948. Universal Studios kicked off a series of “monster rallies” that would mash-up its various creature feature icons with 1943’s Frankenstein Meets the Wolf Man, followed closely by House of Frankenstein and House of Dracula. Those movies are, unfortunately, kind of terrible, but the studio hit the golden blueprint when it turned the idea into a horror-comedy with Abbott and Costello Meet Frankenstein, pitting duo Bud Abbott and Lou Costello against the likes of Dracula (Bela Lugosi), the Wolf Man (Lon Chaney Jr.), and, of course, Frankenstein’s monster (Glenn Strange). This movie still absolutely rips 70 years later; Abbott and Costello’s bumbler-and-straight-man routine is still sharp as a knife, but director Charles Barton and his cast of creatures never skimp on that classic horror vibe.

If you made it all the way down this list, hopefully you’ve already seen Godzilla vs. Kong and know that the film also introduces a brand new version of Mechagodzilla, Godzilla’s longtime metallic foe. Obviously, you’re going to want more Mechagodzilla, because Mechagodzilla whips incredible amounts of ass. For that purpose, head first to 1974’s Godzilla vs. Mechagodzilla, the big metal guy’s first appearance, a deeply entertaining sci-fi romp that also features ape-like aliens from the Black Hole Planet 3 and an ancient ass-kicking deity named King Caesar. Then, you’ve got the superior direct sequel, Terror of Mechagodzilla, directed by Ishirō Honda himself.  After that, skip forward a few decades to Godzilla vs. Mechagodzilla II of the Heisei Era, in my mind Mechagodzilla’s coolest design and a film dripping with such specific 1993 Energy you almost expect the Power Rangers to show up. This is a compliment.

KEEP READING: How ‘Godzilla vs. Kong’ Changed My Mind on Which Monster Was Better (And Why the Fight Was Unfair)

You only have 30 days to watch ‘Godzilla vs. Kong’