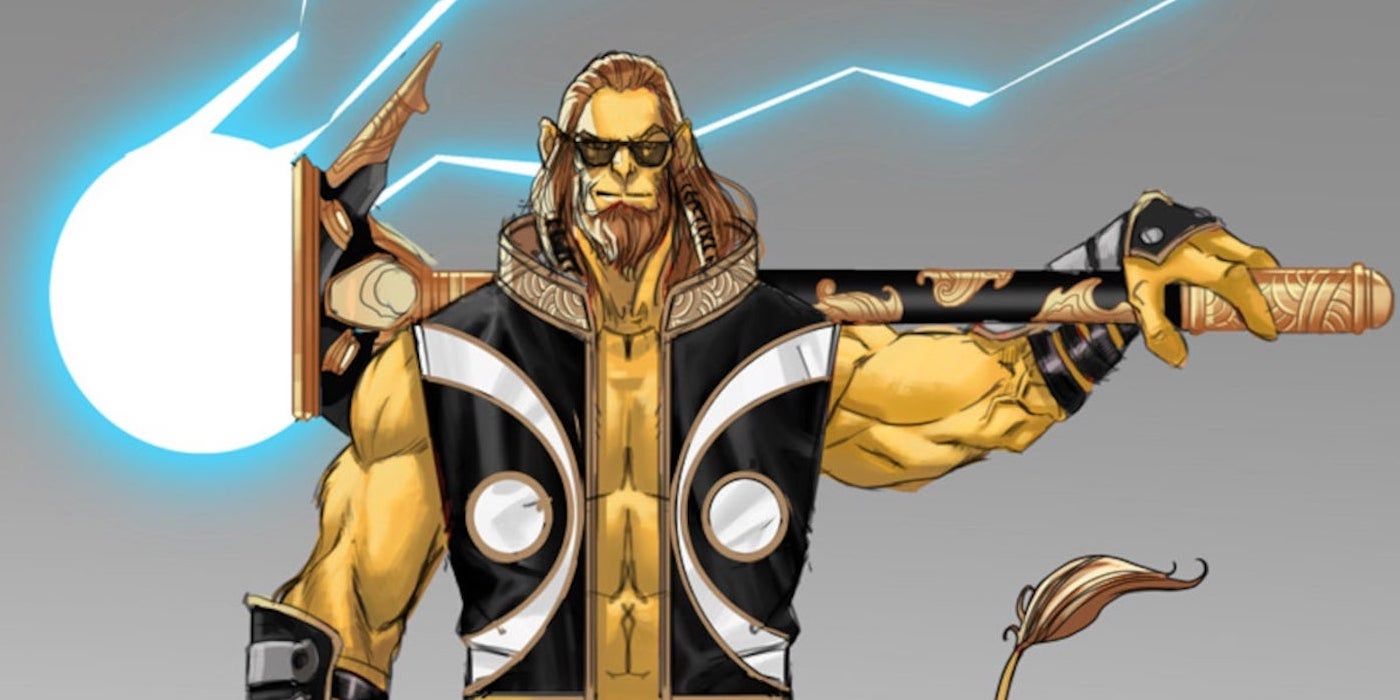 John Woo, the director behind high-octane hits like Mission: Impossible 2, Face/Off, and Hard Boiled, has signed on to produce an adaptation of Monkey Master, according to The Hollywood Reporter. The Chinese film is based on an unpublished 2016 comic book series by Stan Lee and his long-time collaborator Sharad Devarajan. The series loosely interprets the legend of The Monkey King: a primary mythic figure and trickster god first featured in the 16th-century novel Journey to the West.

The comic book follows New York City archeologist Li Yong on a journey to India, where he discovers hidden powers and transforms into a superhero: The Monkey Master. The character boasts martial arts skills and superhuman abilities. If Yong takes after The Monkey King himself, he will boast immense strength, super speed, transfiguration talents, and a magical head of hair capable of generating copies of himself.

The film is already in development and reports indicate that Woo could later expand his involvement, coming on to direct the film — lending his knack for knock-out sequences to the production.

RELATED: A ‘Face/Off’ Sequel Is Coming From ‘Godzilla vs. Kong’ Director Adam Wingard

Lee discussed the story back in 2016, saying:

“I have always been fascinated by the Chinese and Indian cultures which are so philosophical and rich in tradition and morality. I’ve written countless superheroes of every nationality and every part of the world before, I’ve even created many heroes from other planets and galaxies, but Monkey Master will be unique in how it interweaves myth to create a modern day hero that will entertain fans across the world with his martial arts skills and unstoppable super-powers…”

Woo explained that Lee’s interpretation lends a fresh perspective to the character’s overly-saturated mythos, sharing, “The story by Stan Lee was such a unique version of it that incorporated the mythological character’s unexplored journey to India and had all the elements I enjoy in filmmaking — great characters, action, and adventure.”

Woo and Devarajan will serve as producers alongside the President of POW! Entertainment Gill Champion and Lori Tilkin, the Head of Production at Woo’s A Better Tomorrow Films. Lee and Devarajan previously collaborated on Chakra: The Invincible, an Indian superhero property that led to a series of graphic novels and three Cartoon Network original films. Lee and Devarajan now team up once more to combine Eastern sensibility with a Western superhero archetype and deliver a culturally packed, fist-first superhero film.

While it’s unclear when Monkey Master is coming out, the combination of Woo and Lee is an exciting possibility that will hopefully come out as soon as possible.

KEEP READING: ‘Mission: Impossible 2’ Revisited: “Who Wants to Be Decent?”