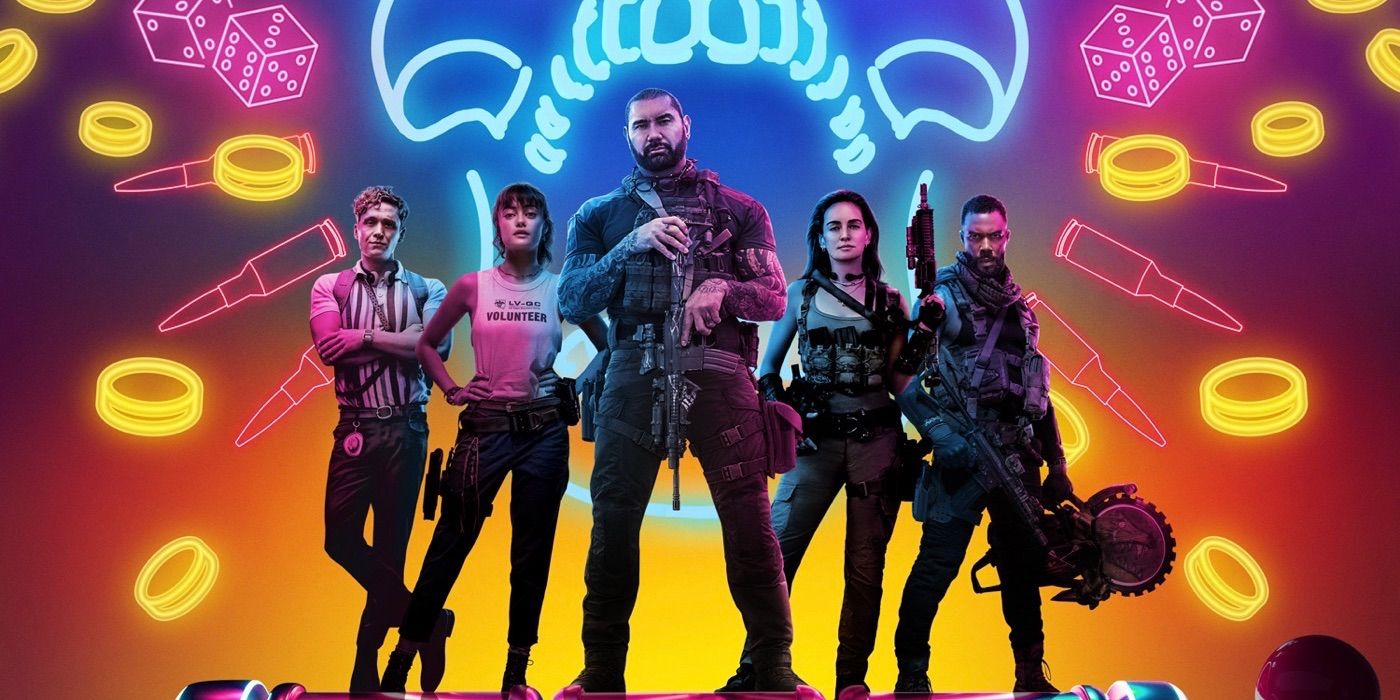 Zack Snyder’s latest cinematic effort Army of the Dead has received an all-new poster that paints a vibrant picture of the zombie-heist film. The promotional art seemingly serves as a precursor to a full-length trailer after February’s one-minute teaser.

Set in a world where Las Vegas is ground zero for a zombie outbreak, Army of the Dead finds an ensemble cast led by Dave Bautista breaking into the city that has been walled off to the rest of society for the biggest heist of their lives. The poster capitalizes on the vibrant, neon-lit casino setting and puts the film’s stars — Bautista, Ella Purnell, Matthias Schweighöfer, Omari Hardwick and Ana de la Reguera — at center stage. The playful yet grim imagery is rightfully accompanied by the badass tagline, “ALWAYS BET ON DEAD”.

The rest of the cast, which includes Theo Rossi, Tig Notaro, Nora Arnezeder, Hiroyuki Sanada and Garret Dillahunt, are noticeably absent from the latest poster. Their exclusion may hint at their roles being less prevalent, but either way, they’ll hopefully help make a splash in the next trailer. Which, by the way, should be on the way if the timing of the poster drop is anything to consider. The film is still two months out but fans are clamoring for more footage, and we all know Snyder is pretty good at giving them what they want.

The director held off from promoting the film during the month of March, which saw the highly-anticipated Zack Snyder’s Justice League debut on streaming on HBO Max. Army of the Dead is the tip-off of an entirely original franchise for Netflix that has already spawned an animated anime-style series subtitled Lost Vegas and an untitled live-action prequel starring Schweighöfer. Snyder is of course producing both projects, which will see familiar faces reprise their roles from Army of the Dead and new ones reuniting with the director, including Deathstroke himself Joe Manganiello.

Army of the Dead hits Netflix and select theaters on May 21. Check out the stylish poster for yourself below:

The Round Mound of Rebound is the most formidable foe Godzilla has ever faced.