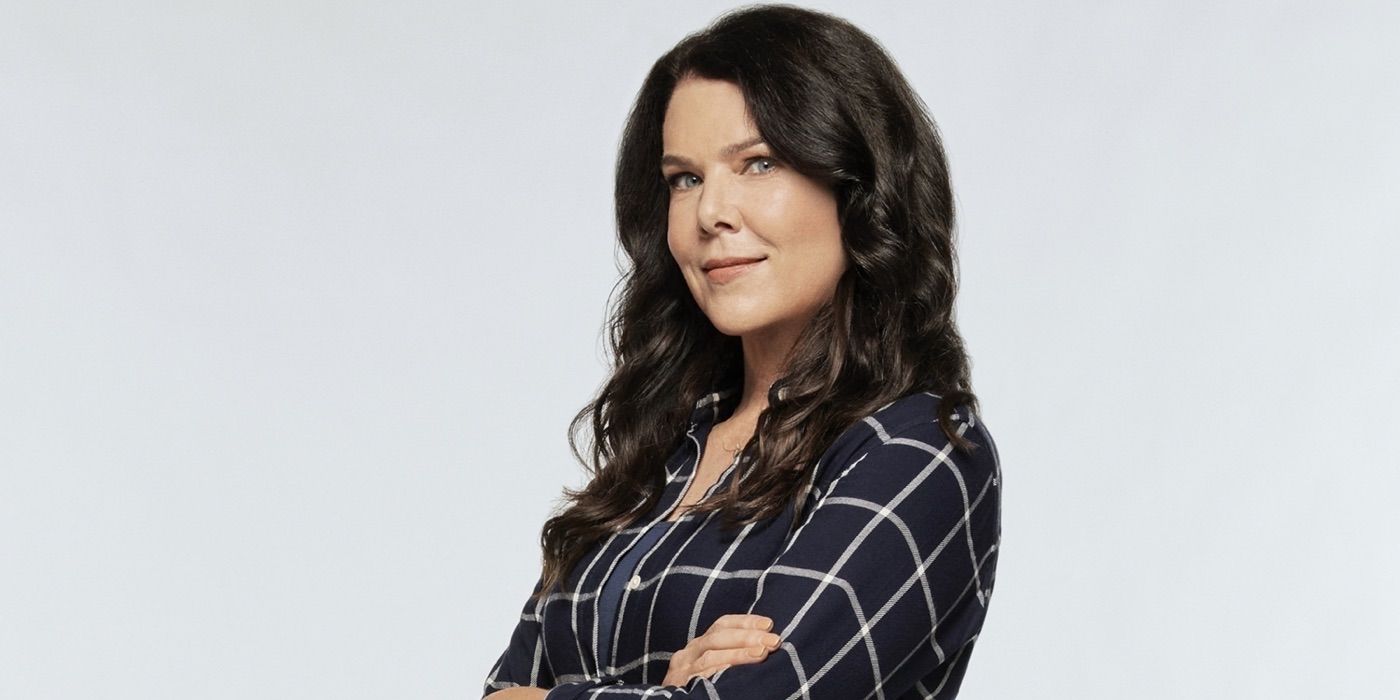 Nearly 30 years after the first film premiered, Gordon Bombay (Emilio Estevez) is back in the Disney+ streaming series The Mighty Ducks: Game Changers, as 12-year-old Evan Morrow (Brady Noon) fails to make the cut to join the now ultra-competitive powerhouse Mighty Ducks junior hockey team. Finding his way to the dilapidated Ice Palace rink with his mom Alex (Lauren Graham) and his own team of misfits, Evan is just hoping to remember his love of the game in the win-at-all-costs environment of youth sports.

During this 1-on-1 phone interview with Collider, Graham talked about the appeal of The Mighty Ducks: Game Changers, how COVID prevented her return to Zoey’s Extraordinary Playlist, what she looks for in a project, the fun dynamic her character shares with Gordon Bombay, how she feels about revivals, and whether things are really done with Gilmore Girls.

Collider: You were so good on Zoey’s Extraordinary Playlist that while I’m happy to see that you’re in The Mighty Ducks: Game Changers, I also miss you on Zoey’s.

LAUREN GRAHAM: Part of what I thought was so serendipitous about this show was that it’s also in Vancouver and I was like, “Okay, I can be the lead and have a show that I am a producer on, but I can also keep playing this fun other character,” which is the kind of thing I hadn’t gotten to do. The plan was always to do both. There’s a 14-day quarantine when you get there, but then someone close to me on Ducks tested positive and I had to do the 14-day quarantine again. She was fine, I was fine, and it was all fine, but that’s just the rules, so we lost the flexibility to really do anything except finish Ducks. I was so disappointed. I did those two scenes with Jane [Levy] in an afternoon and we had to jam it in. It was disappointing, but if things go forward, I hope to come back because I love that show. To get to work with Jane and do all of the other fun stuff there, I missed it too.

You’ve gone from being the mom that everyone loves on Gilmore Girls and Parenthood, to singing and doing performance numbers on Zoey’s, and now ice skating on Mighty Ducks? How much fun are you having right now?

GRAHAM: My agent was like, “Are you just picking jobs now, according to what else you get to do?” I actually think that is a part of it. You get to a place I’ve had such wonderful parts and now I look at maybe a little more of the whole picture. Am I gonna learn a new skill? Am I included as a producer? Do I get to direct? You just naturally grow into a desire and an ability to think about the whole and not just the part that you’re playing. I want to be able to have a say or have a voice in the entire package. Now I can read a script and see, “Okay, it’s this many days, this many nights, and here’s what the hours are gonna be like.” I do think more about quality of life, in addition to all of the artistic stuff. I’m like, “This will be fun and I wanna know who the people are.” I care very much about who I’m working with. Experience teaches you that it’s not just about the role, it’s the whole day that you’re gonna have, and you wanna have a good day.

Much like there are only so many chords for a song, I would imagine that there are also only so many types of roles, so other things become important too.

GRAHAM: Yes. And even smaller than that, there are only so many shows. It’s a smaller pool than you would think, in terms of things that tick all of those boxes. When you have Nicole Kidman in four out of five parts, it’s also that. And comedy is really hard to find, I’ve found. There’s so much really imaginative, but dark premised stuff out there. In speaking about how I wanna spend my day, people don’t think of me for Euphoria. That’s not my kind of thing. So, I was surprised by how charmed I was. Yes, it’s a single mom, but I felt like there were enough other elements that made it appealing.

RELATED: Emilio Estevez on Returning to Coach Bombay for ‘The Mighty Ducks: Game Changers’ and the Status of ‘Young Guns 3’

What was your relationship to the original films? Had you seen them, or were they not on your radar?

GRAHAM: Well, I had definitely seen them. I think the first one was out in ‘92 or ‘93, and I had just gotten out of acting school and I had at least four jobs in New York City. I wasn’t spending a lot of time going to the movies, so I might’ve seen them a little bit later. But then, in thinking about this, it was really fun to go back and watch them. Not only are the movies really fun and well-made, but it just takes me back to that time and into the tone of that kind of Disney movie, where it takes the kids really seriously. It’s not pandering to them and it’s not overly saccharine, and Emilio is just such a star. That’s what we hope to connect to, to bring that franchise into today’s world, but keep the classic sports movie feel of those movies. It just felt good that Steve Brill, who wrote the original movie, was there and, of course, without Emilio, we wouldn’t have had the show. I felt like they could mind the store.

In these first episodes, we see Gordon always doing something disruptive, whether he’s driving a Zamboni or walking around while eating a cake. Is it ever hard not to crack up, while he’s being the straight man and doing these ridiculous things?

GRAHAM: Yes, of course. The kids are funny too. Just speaking of a day of fun, you wanna be entertained, so that you can entertain. I thought all of that stuff was really fun. To endlessly be paired with grumpy people who have a more negative view than I do, character-wise, is fun. Peter [Krause] used to say about me and Ray Romano, “He’s like a bass, and you’re a Piccolo.” I think about that here too. I’m like, “Hey, come on! Let’s go! Let’s have fun.” And he’s like, “I’m eating my cake.” It’s a really fun dynamic.

You’re new to The Mighty Ducks, but the series is a revival, and you also did the revival of Gilmore Girls. Where do you stand on revivals, in general? Is it something that you were even aware of, before all of this started coming your way?

GRAHAM: No. I remember thinking when we were talking about doing the Gilmore Girls movies, I was like, “We better hurry up before this whole revival thing passes,” and that was four years ago. I get it. One of the first conversations that Emilio and I had was about how it’s one thing when you’re starting a show that’s new. When you’re returning to something that people love, you have to be reasonably certain that there’s a reason to do it and that you can take care of the investment that people have and those expectations. So, I don’t have like a policy about it, but I think there should be a reason to return.

In the case of Gilmore Girls, we never got to end it the way Amy [Sherman-Palladino] and Dan [Palladino] had intended because they weren’t there. We always wondered how that ending would have gone or what that story could be, as told by them, so that felt reasonable. And with this, the movies were awhile ago, and sports have changed and parents have changed. The pressures and the world is different, so what does that look like, in today’s world? Even separate from the original Ducks, I thought, “Oh, that’s a story worth telling.” And then, you have the quality of those movies and the nostalgia of Emilio. I love thinking of characters as real people and I think so do the devoted fans. To ask the question, “Where’s Gordon Bombay today? What is his relationship to hockey? What is this determined woman gonna tease out of him, in terms of why he’s not enthusiastic about it anymore?” That all felt like justification to see where he is today.

Now that you’ve had that opportunity to return to Gilmore Girls, do you feel like Gilmore Girls is really and truly done now?

GRAHAM: I just could never have expected that what happened, happened. I don’t ever say never. I still talk to Amy and Kelly [Bishop] and Alexis [Bledel]. There is not a plan for it. Everyone is doing their own thing. If that came up again, I love that character so much and I love Amy. I will work with her, any time. It would just be a matter of responsibility to the fans and what we could give them that’s deserving of their devotion, or should it just live in reruns. So, I don’t know.

The Mighty Ducks: Game Changers is available to stream at Disney+, with new episodes on Fridays.

‘Knives Out’: Jamie Lee Curtis Gives Update on the Thrombeys and Their Involvement in the Sequels

The Thrombey family needed help and according to Curtis, they’re getting it.

Christina Radish is a Senior Reporter at Collider. Having worked at Collider for over a decade (since 2009), her primary focus is on film and television interviews with talent both in front of and behind the camera. She is a theme park fanatic, which has lead to covering various land and ride openings, and a huge music fan, for which she judges life by the time before Pearl Jam and the time after. She is also a member of the Critics Choice Association and the Television Critics Association.