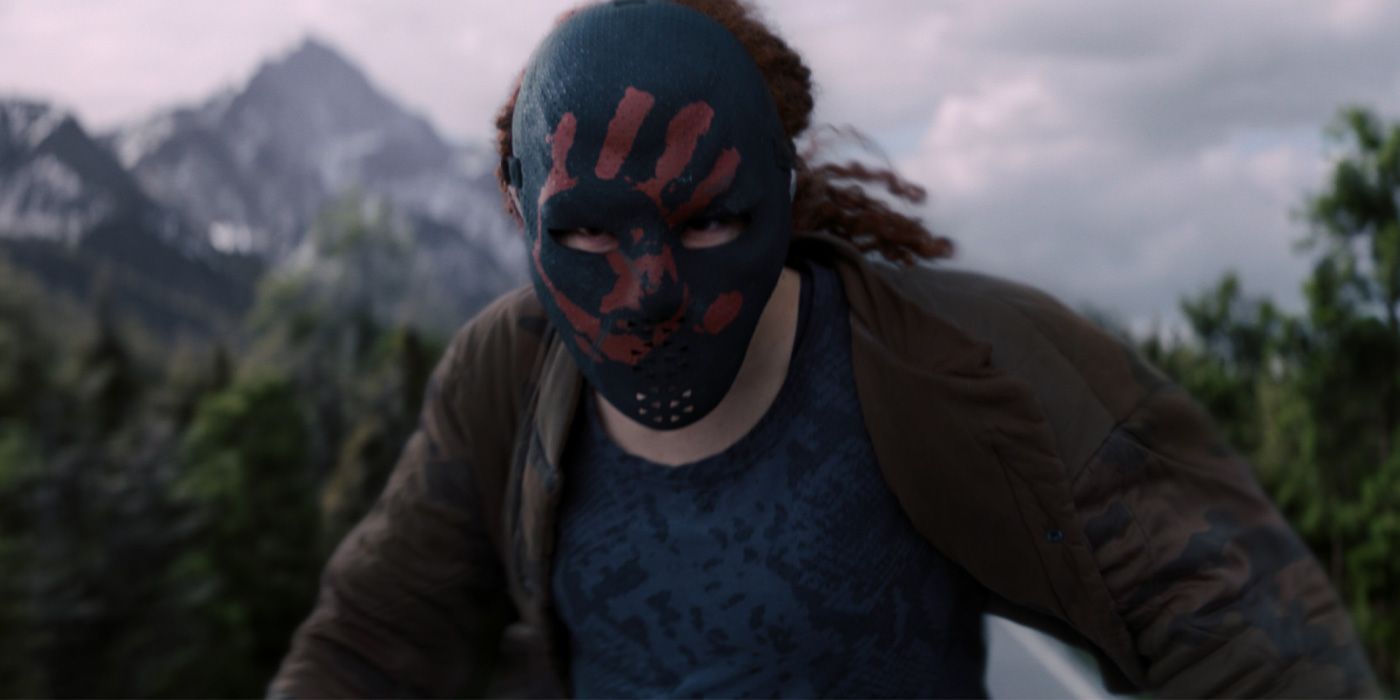 We’re halfway through The Falcon and the Winter Soldier, and I still can’t really explain why the Flag Smashers are the “bad guys.” From what I’ve gathered, they want the world to go back to the way it was during The Blip in pursuit of a one-world utopian ideal. To achieve this goal, they’ve hijacked twenty vials of super soldier serum and some Flag Smashers have taken it to become much stronger, although as we saw in Episode 2, they’re still vulnerable to things like a hailstorm of bullets. They’re using this super strength to hijack shipments of food and medicine which they are now dispersing to displaced refugees. Therefore… they must be stopped?

It feels like The Falcon and the Winter Soldier is trying to go for nuance with the Flag Smashers and instead ending up at ambivalence. I can see how the idea goes that even though these are the “bad guys”, they’re the bad guys only because they operate outside the law, but that doesn’t inherently make them evil. They’re doing unscrupulous things to achieve positive aims, so as an audience we should feel conflicted about them. The problem is that it’s still difficult to discern both their larger goal and how they represent a threat serious enough that it demands Falcon (Anthony Mackie) and Winter Soldier (Sebastian Stan) springing Baron Zemo (Daniel Brühl) from prison.

Captain America: Civil War made the case that HYDRA super soldiers needed to be stopped because they were highly trained assassins like Bucky. The idea was that if you pair the super soldier serum with an operative who is highly trained in destabilizing governments, then you have a real threat to world security. But the Flag Smashers don’t seem highly trained as much as they’re relying on their brute strength. And if their goal is simply to distribute supplies rather than create more super soldiers, then haven’t they already capped their abilities? Are they nothing more than brute strength with their own objectives, and therefore must be stopped regardless of what those objectives might be?

The fuzziness of their goals further diminishes the group’s threat. Their nationalism doesn’t seem to have any particular racial or ethnic undertones, and so far, all we’ve seen is hijacking shipments and then Karli Morgenthau (Erin Kellyman) burning some NGOs alive for…reasons? She says violence is the only message that people understand, but what’s the message? That repatriation will be met with violence? If I squint, you can kind of see the Flag Smashers ethos: we are on the side of refugees, the old-world order seeks to restore what was previously in place, and we don’t want to go back to that world. And I kind of get that, but how do shipments of food and medicine get you there in an immediate threat kind of way? Like I guess on a long enough timeline those practices would be good for recruiting members, but what makes the Flag Smashers a threat right now?

When you don’t have a clearly defined antagonist, even if their goals are as broad as “I want to destroy the world,” it’s hard to invest in the dramatic conflict of the story. The Falcon and the Winter Soldier tells us that it’s up to Sam and Bucky to stop the Flag Smashers because they are super soldiers and have their own agenda, but the contours of that agenda are so poorly rendered that it drains the conflict of its stakes. If, for example, the Flag Smashers, were using their strength to assassinate world leaders, then it would make sense that they pose a clear and present danger to world stability. But right now, halfway through the series, it seems like the Flag Smashers are bad because they wear scary masks and have super strength. That’s not good enough.

Toss a coin to this perfect set photo.