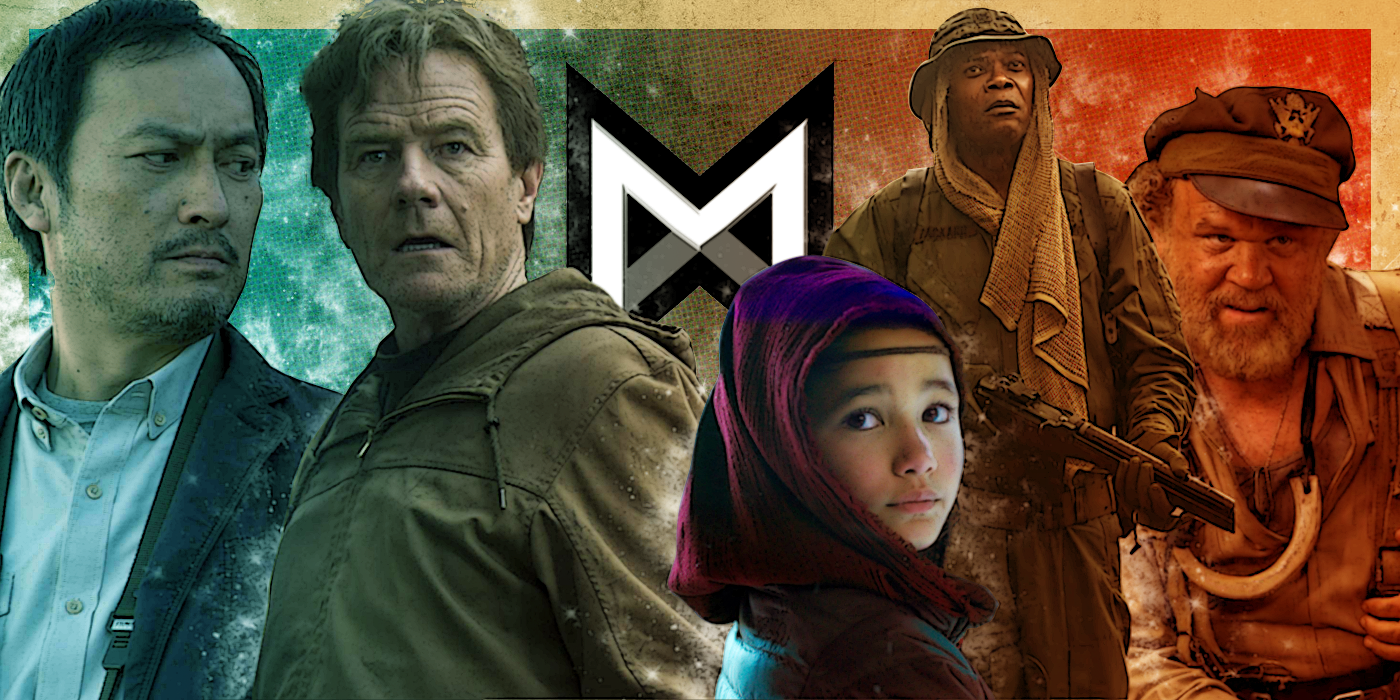 Godzilla vs. Kong has finally arrived in theaters and on HBO Max, and the initial reaction is pretty much the same as it always is with these movies: “Giant monsters good. Little humans bad.”

While the Warner Bros. MonsterVerse has racked up big grosses pitting a string of famous movie creatures against each other in earth-trembling battles through a series of four movies, its human characters have repeatedly been the subjects of ridicule and scorn from both critics and general audiences alike as the filmmakers have struggled to tell human stories around all the mayhem.

These complaints aren’t exactly wrong — don’t even get me started on whatever Millie Bobby Brown and Brian Tyree Henry are doing running around in Godzilla vs. Kong — but I’d propose that the human situation in the MonsterVerse isn’t quite as dire as it seems. Most of the small, fleshy characters have been, shall we say, less than engrossing. However, there are a few exceptions tucked in there amongst the chaotic monster madness. And so, counting down from five to one, I present to you the five least awful (and thus most tolerable) human characters in the MonsterVerse.

RELATED: Godzilla’s Many Monster Enemies, Ranked From Worst to Best

It’s a well-worn complaint by now: The lead in the first MonsterVerse film shouldn’t have been Aaron Taylor-Johnson’s dull Naval officer, but rather his father — the frazzled widower played by Bryan Cranston. Early on in that film, Cranston does seem like the focus, as his character tries to unravel a puzzle involving a nuclear meltdown that resulted in the death of his wife. It’s interesting, impactful stuff that is immediately negated when Cranston is killed and the human side of the movie becomes all about boring soldiers doing boring things in the dark. It’s a huge missed opportunity, but Cranston still makes the most of the screen time he’s given.

4. Kaylee Hottle as Jia in Godzilla vs. Kong

Also known as the only human character worth a damn in the latest MonsterVerse installment, Jia is a deaf young Skull Island native who learns to communicate with Kong using sign language. She has several tender moments with the big ape, forming a connection with the beast that shows he’s really a big softy at heart. Even better is actress Kaylee Hottle’s inspiring personal story: The young actress is also deaf in real life, and this is her very first film role. She absolutely crushes it.

Samuel L. Jackson, maybe more than anyone else who has acted in these movies, had the right idea. If you’re going to get noticed amongst all the monster chaos, you better go big. And that’s just what Jackson does in Skull Island — raising his voice, bugging out his eyes, and basically turning the volume of his performance up to 11. Jackson’s character Packard, a simple variation on Moby Dick’s Ahab, doesn’t feel like he’s living unless he’s fighting some kind of war, and turns killing Kong into his own personal mission of revenge. I’m not sure if it’s a good performance, but it certainly is a fun one. When it comes to this series, we’ll take it.

RELATED: How ‘Godzilla vs. Kong’ Changed My Mind on Which Monster Is Better (And Why the Fight Was Unfair)

2. Ken Watanabe as Dr. Ishirō Serizawa in Godzilla and Godzilla: King of the Monsters

Considering Godzilla’s Japanese origins, it makes sense for Warner Bros. to fill at least some of the human roles with Asian actors, and the most notable so far has been Ken Watanabe’s open-minded, monster-researching scientist Serizawa (named after a character from the original 1954 Godzilla). Watanabe brings dignity and intelligence to the role, as Serizawa quickly sympathizes with the giant lizard that so many others fear. Honestly, he’s a bit underused in 2014’s Godzilla, but his role accrues additional depth in King of the Monsters, where he has a touching personal moment with Godzilla before sacrificing himself for the greater good.

Without question, the best character to appear across the four MonsterVerse films is John C. Reilly’s stranded and just-a-bit-crazy U.S. Army pilot Hank Marlow. For starters, Marlow is one of the few characters across the series who gets what feels like a full and completed arc. The poor guy has been stuck on Skull Island for over two decades and just wants to get back home and be reunited with his family. When he finally does, in a scene set alongside Skull Island’s closing credits, it’s the one big human-based emotional moment in the series that entirely lands. And, unsurprisingly, Reilly just crushes the part, marrying the inherent humor in a man stuck out of time on an island ruled by a giant monkey with a deeper longing that convinces the audience to root for him. Yeah, Kong is king. But when it comes to the MonsterVerse’s human characters, Hank Marlow reigns supreme.

‘The Falcon and the Winter Soldier’ Episode 3 Recap: These Things Escalate

Robert Brian Taylor is a writer and journalist living in Pittsburgh, PA. Throughout his career, his work has appeared in an eclectic combination of newspapers, magazines, books and websites. He wrote the short film “Uninvited Guests,” which screened at the Oaks Theater as part of the 2019 Pittsburgh 48 Hour Film Project. His fiction has been featured at Shotgun Honey, and his short-film script “Dig” was named an official selection of the 2017 Carnegie Screenwriters Script and Screen Festival. He is a features writer at Collider and also writes and podcasts about film and TV at CultSpark.com.

How I Took Down Bill Cosby
Disney World Ending Most Face Mask Rules
This Miley Tee? It’s Vintage.
Why the Universal Soldier Sequels Show How to Save a Bad Franchise
If You Feel Anxious When Sitting For Long Periods, a Therapist Says Try This Amazon Fidget Spinner