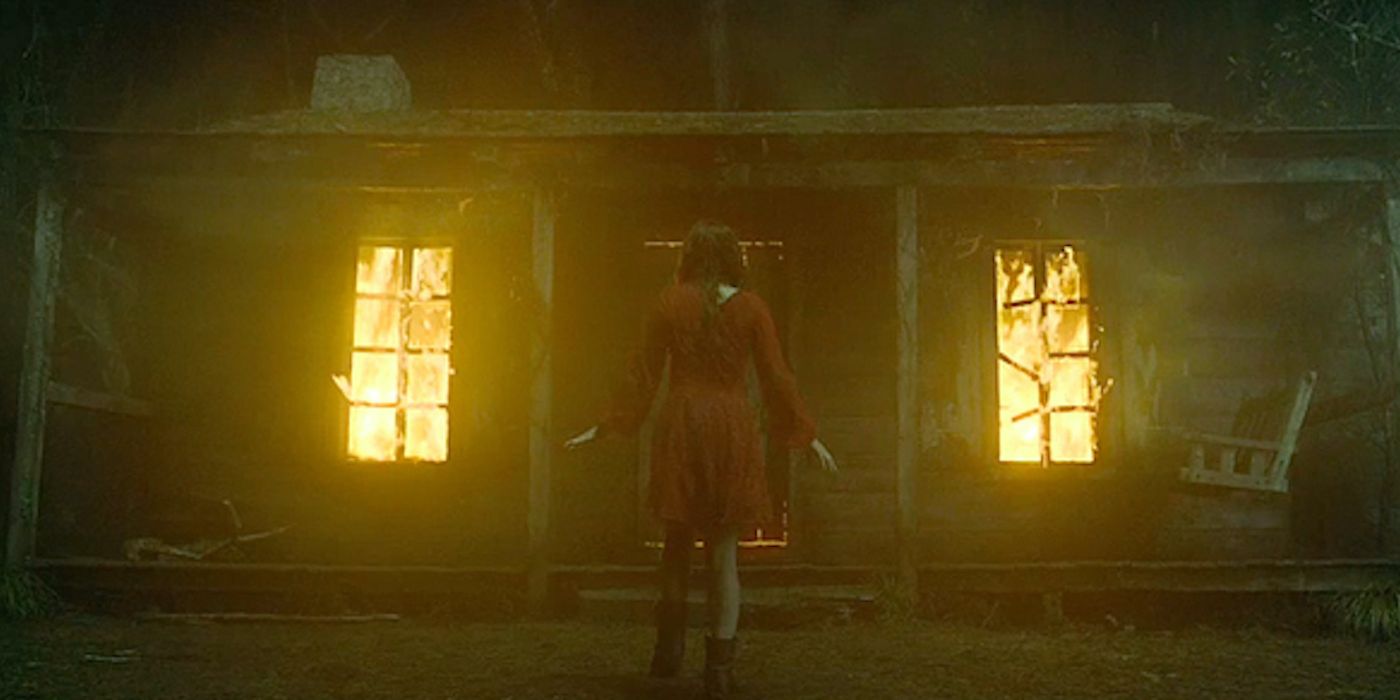 The reboot of Evil Dead turned eight yesterday, and to celebrate the special occasion director and co-writer Fede Álvarez used his Twitter account to gift us with some never seen behind-the-scenes images. Besides releasing the new pics, Álvarez also talked about how one of the most memorable moments of the movie was actually improvised with an unusual prop.

The images published by Álvarez feature the crew and cast during different scenes from Evil Dead, laughing and having fun while covered in blood and fake amputated limbs. It’s weird to see the team having fun shooting when the resulting movie is so brutal and bloody.

The highlight of Álvarez’s homage to Evil Dead is the story behind the gruesome scene where protagonist Mia (Jane Levy) tries to hide from her deadite-possessed friends behind a wall, getting her knee cut by a machete. The cut was not originally in the script, which means no knee prop was actually available. Álvarez had to use an extra arm from the mutilation scene with Elizabeth Blackmore to build a knee on the fly.

RELATED:‌ Jane Levy Is Done With ‘Evil Dead’ for Now, But That Doesn’t Mean She’s Done With Horror

The 2013’s reboot of Evil Dead is a unique entry to the horror franchise, a lot less committed to the campy and funny style of Sam Raimi in the original trilogy. Nevertheless, Evil Dead is a visceral reimagination of one of our favorite horror classics. Unfortunately, Álvarez’s Evil Dead never got a sequel, and we were even deprived of a possible crossover that could put Mia and Ash (Bruce Campbell) together.

Evil Dead Rise, the next movie entry on the Evil Dead franchise, will start filming later this year. As for Álvarez, we’ll soon get to see Don’t Breathe 2 when it hits theaters this August 11. Alvarez co-wrote the sequel with Rodo Sayagues, his partner on the first film’s script. The sequel will be directed by Sayagues, instead of Álvarez, but since the duo worked together on both Don’t Breathe projects, we’re expecting great things.

You can see right below the new images published by Álvarez, as his original telling of the knee prop improvisation.

The Duke of Hastings was always drawn to his character’s one-season arc.