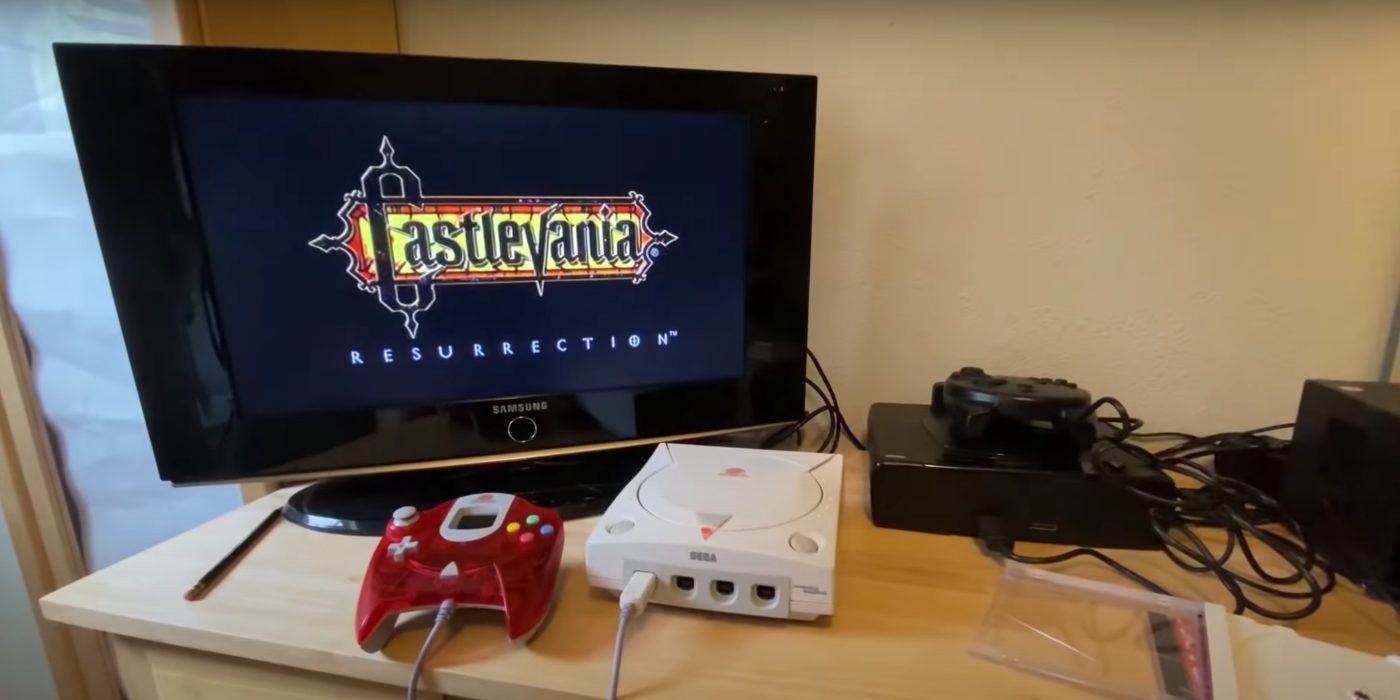 More than 20 years after its official cancellation, Castlevania: Resurrection has once again become the source of speculation after a supposed early prototype of the Dreamcast game resurfaced. The reveal of the prototype happened thanks to the little-known site Sega Dreamcast Info, created and kept by Laurent Comby, a one-man team dedicated to preserving Sega games, commercials and technology.

The revealed prototype supposedly pre-dates E3’s 1999 presentation of Castlevania: Resurrection, when journalists were able to access a playable version of the game behind closed doors. This was the only time the game was ever shown to some sort of public, until last weekend, when a video of the prototype emerged. In the video, we can see a rough version of a 3D game that was obviously still in production when the disc was made — the main character is not even damaged by lava.

The selection screen of the prototype allows the player to load different scenes, named “Logo,” “Title,” “Courtyard,” “Stairs,” “Hall,” “Corridor” and “Chapel.” At such an early stage of production, developers can’t have a cohesive interconnected map, so a selection screen is put in place to test different areas. The prototype also includes a boss fight not seen in the video.

Castlevania: Resurrection would have featured Sonia Belmont, from 1997’s Castlevania Legends, and a new character named Victor Belmont, a vampire killer who had abandoned his lineage before Simon Belmont’s mission in the original Castlevania. Victor Belmont was recreated for Castlevania: Lords of Shadows 2 in 2010.

Castlevania: Resurrection was set to launch in the Sega Dreamcast console, a system that had a short life of only three years before being discontinued in 2001. The lack of success of the Dreamcast is one of the reasons attributed to Castlevania: Resurrection‘s cancellation in March 2000, but internal disputes between the Japanese and American teams of Konami are also rumored to have played their part in the game’s death. Few members of the original team ever spoke publicly about the project, and little was known about the game until now.

Video game preservation is a hot topic at this moment, with Nintendo using artificial scarcity to increase sales, Sony closing digital stores for old consoles with hundreds of lost titles, and Microsoft pledging to work to save old titles from oblivion. If the prototype proves to be real, this might be a great opportunity to understand exactly what happened to the project and restore a missing piece of video game history.

You can check out the video of the supposed prototype right here:

KEEP‌ ‌READING:‌ E3 2021 Announces Dates, Will Be Free to Attend and Entirely Virtual