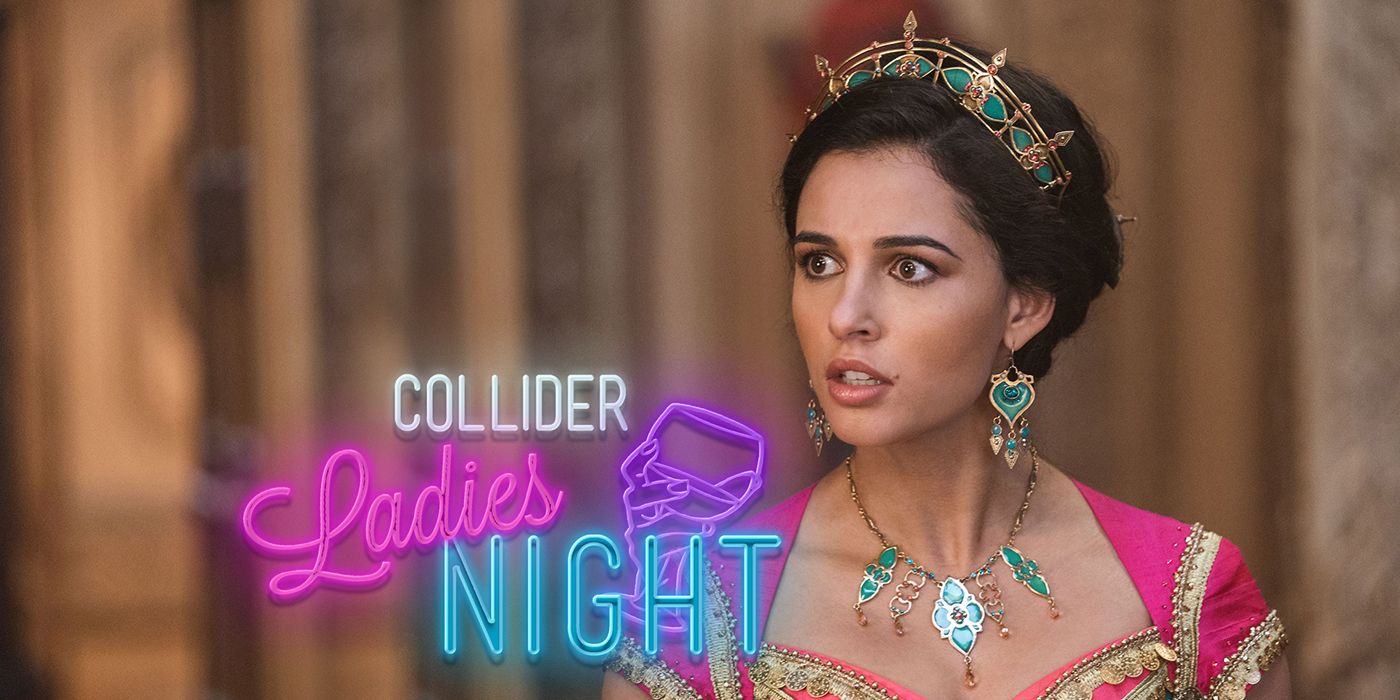 Talk about a meteoric rise in the Hollywood! Naomi Scott’s star power went through the roof when she was cast in the 2017 Power Rangers movie and since, she’s starred alongside Kristen Stewart in the Charlie’s Angels remake and became a Disney princess courtesy of the live-action Aladdin. That’s already a lot to discuss right there, but there is so much more to Scott’s experience in the industry thus far and it all contributes to continuing to prove her promise in the business and her passion for her craft while also highlighting that she’s just a downright lovely individual to have an hourlong chat with!

Scott joined us for an episode of Collider Ladies Night in honor of the release of her brand new podcast/audio series Soft Voice. Scott leads as Lydia, an all-star estate agent who seems to have it all – a thriving career, a barrister boyfriend and then some. Lydia attributes much of her success to the voice in her head, Soft Voice, played by Bel Powley. One day, Soft Voice vanishes and is replaced by Dark Voice (Olivia Cooke) who’s absolutely had it with the rigid, straight and narrow lifestyle Soft Voice created.

Clearly Scott’s enjoyed a good deal of success in the film sector these last few years, but back when her journey in the entertainment field first began, she thought she’d be pursing a career in music, not acting. Here’s how Scott put it:

“I started out in music. I started out writing in these kind of writing camps and it was only when I got Terra Nova, which was this Fox show that I really kind of had to make a decision in terms of what I was gonna pursue in that moment, because it was always music first to be really honest with you.”

Even though the decision to join the cast of Terra Nova marked a major transition moment for Scott, ultimately, she was lucky enough to be able to tap into both passions via 2019’s Aladdin – and excel at both for that matter. Not only was she a force as Jasmine from start to finish, but the “Speechless” sequence of the film is an undeniable standout. Yes, adding a new song to a classic soundtrack like the one for Aladdin comes with some serious pressure, but Scott drew confidence from the fact that she believed in the original song herself:

Believing in yourself, your voice and your creative sensibilities is something that came up a few times during our conversation and it seems to have proven key to Scott’s drive and ability to forge forward. As we often highlight on Collider Ladies Night, there’s no one right path in the entertainment industry, and that’s something that Scott made a point to address:

“I didn’t grow up reading Shakespeare, I didn’t do theater, all of these things that just play on your mind in terms of, ‘Oh, that must mean I’m not a real actor.’ The more that you realize that, the more time you spend doing that, the less time you actually spend figuring out, learning and growing and actually becoming the artist that you want to become and not just the artist that you think you should be. ‘Oh, I should be like this person,’ or all these people you look up to and you think, ‘How do I get there?’ But just the version of yourself. Now more than ever, there is so much appetite for specificity. Not just specificity in terms of the content that we watch, but specificity in terms of journey of how you got there as a writer, actor, director. There’s no one way. Yours can be unique and lean into your uniqueness. But I have to tell myself that!”

RELATED: Naomi Scott Reflects on Making ‘Aladdin’ and Why She Wasn’t Intimidated to Add ‘Speechless’ to the Film’s Iconic Soundtrack

Eager for more from Scott? You’re going to want to check out the video version of Collider Ladies Night at the top of this article or the podcast of the conversation below because we touched on a little bit of everything including how Scott was first discovered, what it was like getting cut out of The Martian, working with James Bloor on Soft Voice and so much more!

‘The Collector’ Trilogy Might Not Receive Final Film, According to Filmmakers

The filmmakers have their doubts that the trilogy might actually get a conclusion.