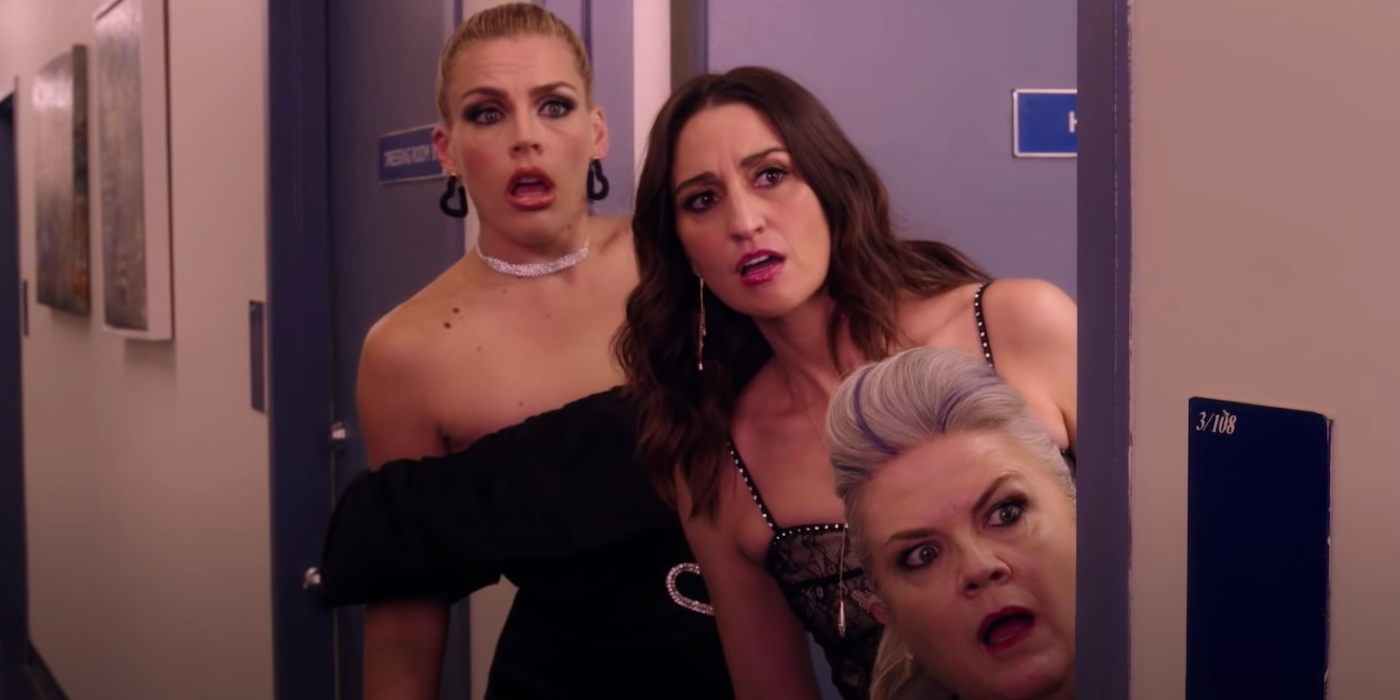 The trailer for the upcoming Peacock original comedy Girls5eva has finally dropped. The series will premiere exclusively on the streaming platform May 6, with all eight episodes available at once, allowing for a proper binge sesh. The show follows a one-hit-wonder, all-female group from the ’90s given a shot at redemption when a young rapper stumbles upon their music. He samples their content and digs their “old school” vibe, saying it reminds him of his “mommy’s boobies,” as he explains in the trailer.

It’s been 20 years since these women have been stars, and the show begs to ask if they can balance their now-hectic lives, all while trying to return as the former pop sensation Girls5eva. This time around, they refuse to veer down the same road of misogynistic representation.

The series boasts quite the talented ensemble portraying the pop group’s four members (the show will presumably answer where the “5” in their name comes from). Grammy-award winner and Tony-nominated artist Sara Bareilles plays the groups’ most grounded asset, Dawn; she’s business-minded and yearns to undo the group’s hyper-sexualized former image. Then there’s Renée Elise Goldsberry — famous for originating Angelica Schuyler in Broadway’s Hamilton — as Wickie, a wannabe influencer and diva-in-training. Busy Philipps (Cougar Town, Freaks and Geeks) plays Summer, who has tried to become a real housewife “like eight times,” and Paula Pell (Wine Country, A.P. Bio) is Gloria — the hesitant but committed realist.

Girls5eva debuts on Peacock on May 6. Check out the official trailer for the series below:

‘Godzilla vs. Kong’: Kong’s Throne Has a Tiny Human-Sized Door at Its Base and I Must Know Why

And what sort of deranged Kong Wizards built it?