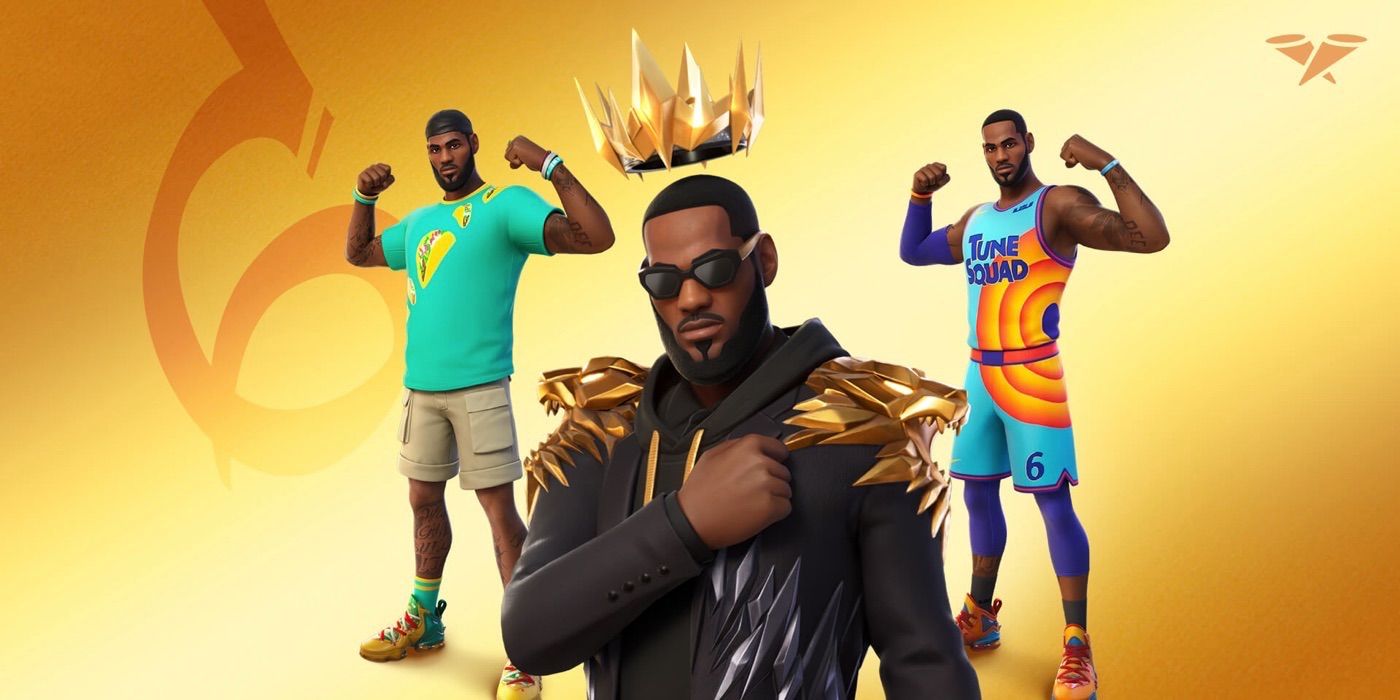 Fortnite, a cross-platform free-to-play battle royale game, and one of the most played games in the world, has always impressed when introducing outside personalities to its game as playable character’s; from Marvel’s ultimate supervillain Thanos to Grammy-nominated rapper and songwriter Travis Scott, Epic Games has shown time and time again that they are capable of representing some of the most popular figures in the world. So, who better to welcome to their game than the world-renowned four-time NBA champion LeBron James? The King will enter the world of Fortnite as a part of their Icon Series on July 14.

As LeBron, players will be able to choose from three different skins: a Tune Squad jersey from Space Jam: A New Legacy, a Taco Tuesday outfit, and a black hoodie skin with golden lions on each shoulder. Other than the skins, players will also be able to purchase the King James Gear Bundle, which features The Lion Pickaxe, Wingspan Glider, and LeBron’s signature on-court celebration – The Silencer. Players will also be given a slider feature that allows them to adjust the amount of gold and black coloring on LeBron. The cherry on top, however, is that each different skin features a new pair of LeBron’s signature shoes, the Nike LeBron 19’s.

It’s not the first time Fortnite has welcomed athletes to its battle royale world, as LeBron joins the company of Neymar Jr., Harry Kane, and Marco Reus. Fortnite has clearly gone all out with the addition of LeBron, capturing both the casual side of LeBron with the Taco Tuesday gear, as well as the business side as they display the sleek new Tune Squad jerseys.

Catch LeBron in the shop this Wednesday, and Space Jam: A New Legacy in theaters on July 16. Check out the trailer below:

Sam Raimi’s horror classic will be back on the big screen in October.