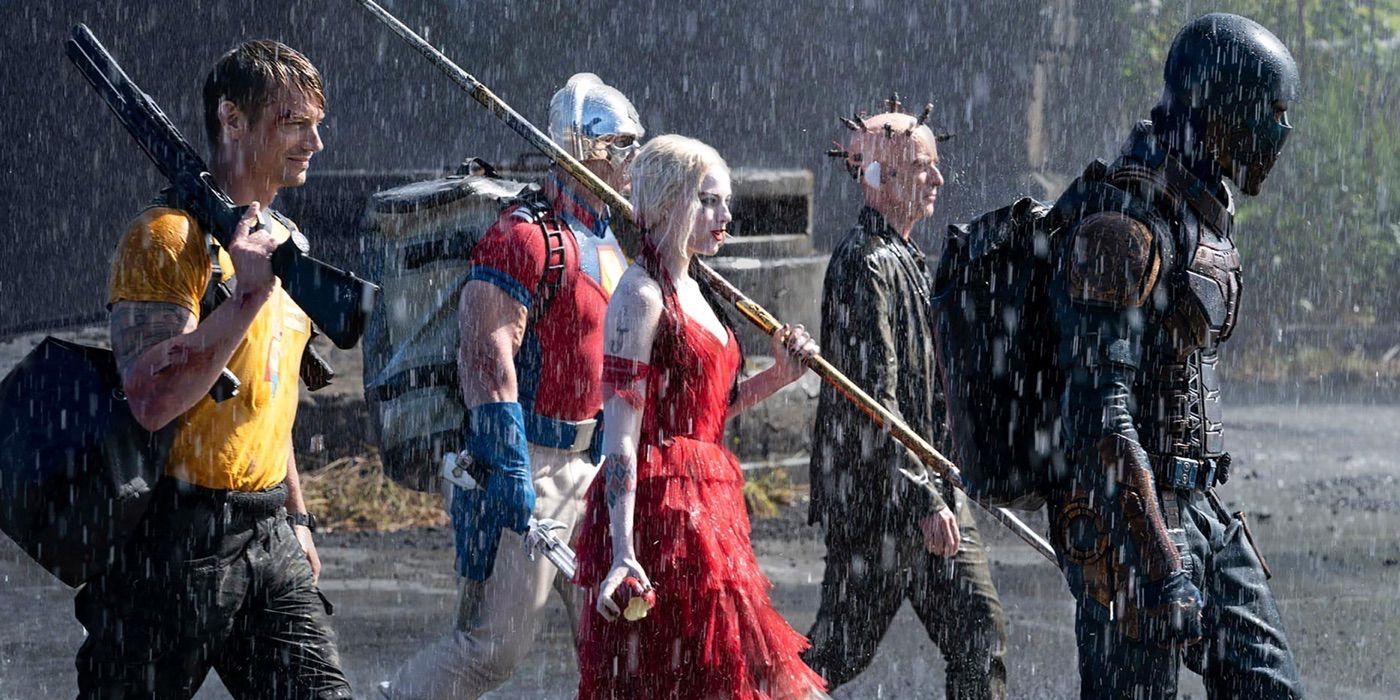 The Suicide Squad is coming and while we all want to know about whether or not King Shark survives, we do know that there is an exclusive poster for the IMAX release! Featuring John Cena‘s Peacemaker and Idris Elba‘s Bloodsport front and center, the poster has most of the Suicide Squad charging forward looking very ready for battle.

The new Suicide Squad movie hails from the mind of writer-director James Gunn, who revealed in a tweet that the film was shot completely with IMAX cameras — which makes it the perfect movie to be viewed on the appropriate IMAX screen.

RELATED: Margot Robbie Needs a Break From Harley Quinn After ‘The Suicide Squad’

Although this film is technically not a reboot or a remake of the first Suicide Squad movie from David Ayer, some of the main cast reprise their roles in the new project — including Margot Robbie as Harley Quinn, Viola Davis as Amanda Waller, Joel Kinnaman as Rick Flag, and Jai Courtney as Captain Boomerang. In addition to Cena and Elba, The Suicide Squad also stars Sylvester Stallone as the voice of King Shark, Peter Capaldi as the Thinker, David Dastmalchian as Polka-Dot Man, Daniela Melchior as Ratcatcher 2, Michael Rooker as Savant, Alice Braga as Sol Soria, Pete Davidson as Richard “Dick” Hertz/Blackguard, Nathan Fillion as T.D.K., Sean Gunn as Weasel, Flula Borg as Javelin, and Mayling Ng as Mongal.

You can experience The Suicide Squad in theaters as well as on HBO Max beginning August 6, although there will be some theatrical screenings of the movie a day early. Check out the IMAX exclusive poster below:

Here’s the official synopsis for The Suicide Squad:

Welcome to hell—a.k.a. Belle Reve, the prison with the highest mortality rate in the US of A. Where the worst Super-Villains are kept and where they will do anything to get out—even join the super-secret, super-shady Task Force X. Today’s do-or-die assignment? Assemble a collection of cons, including Bloodsport, Peacemaker, Captain Boomerang, Ratcatcher 2, Savant, King Shark, Blackguard, Javelin and everyone’s favorite psycho, Harley Quinn. Then arm them heavily and drop them (literally) on the remote, enemy-infused island of Corto Maltese. Trekking through a jungle teeming with militant adversaries and guerrilla forces at every turn, the Squad is on a search-and-destroy mission with only Colonel Rick Flag on the ground to make them behave…and Amanda Waller’s government techies in their ears, tracking their every movement. And as always, one wrong move and they’re dead (whether at the hands of their opponents, a teammate, or Waller herself). If anyone’s laying down bets, the smart money is against them—all of them.

KEEP READING: ‘The Suicide Squad’s Best Boy King Shark Gets His Own Trailer for Shark Week

Before the MCU, There Was the Doomed Deal Between Marvel and Artisan Entertainment

Looking back at Marvel’s first major deal reveals how far the company has come in the world of cinema.