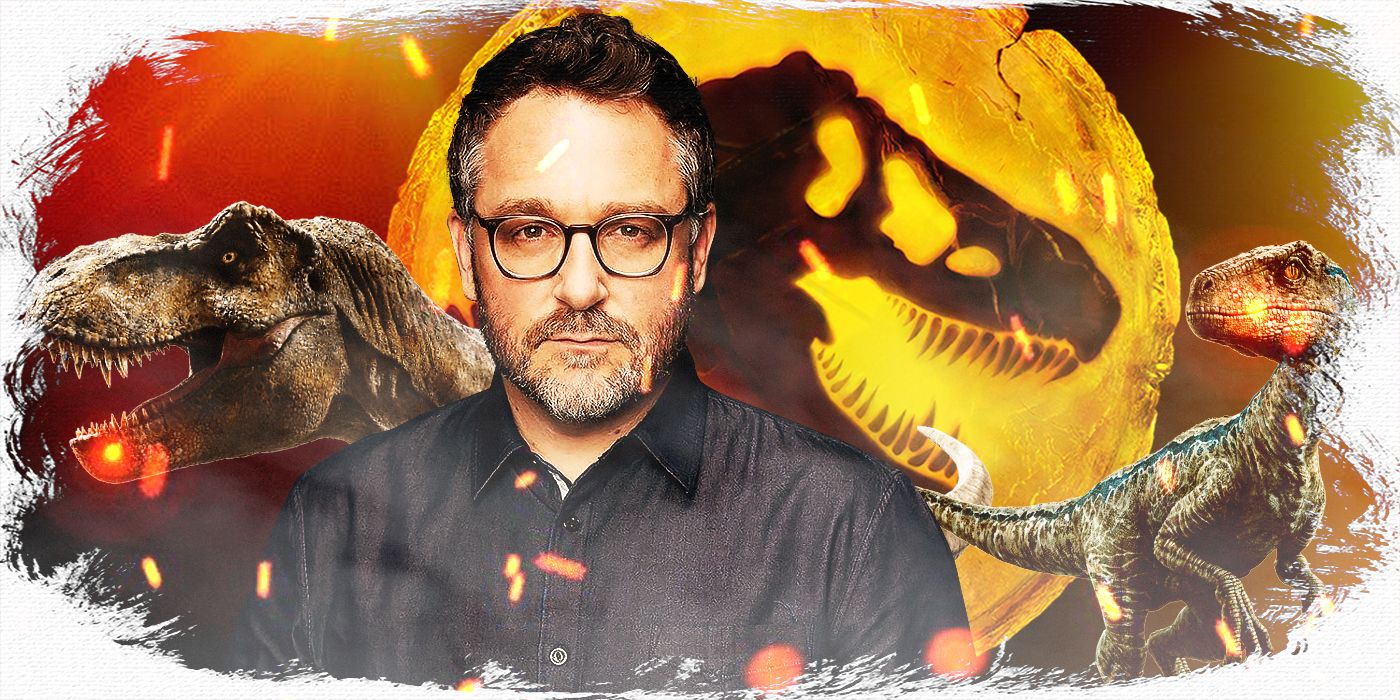 Jurassic World: Dominion wrapped principal photography in November 2020. Its current release date is June 10, 2022. So what the heck is director Colin Trevorrow gonna do until then?

In an exclusive interview with our own Steve Weintraub earlier today, Trevorrow revealed that he’s been screening the current cut of the film for his friends, family coworkers, and hardcore fans of the franchise. In fact, Trevorrow revealed he had a Pinewood Studios screening of the film “today” — as in, before speaking to our own Steve Weintraub — and called it “both nerve-wracking and a blast. I brought my daughter of age eight as my security blanket.”

In many cases, test screenings of films, especially blockbusters with giant gobs of visual effects to render, feature cartoonishly unfinished effects, or even hand-drawn animatics to show what will go there once the rest of the film is picture-locked. But with Trevorrow’s screenings, “our visual effects are almost done… We don’t have cartoon dinosaurs walking around. You’re watching the movie.” However, he went on to admit that the sound mix, which would include sound effects and music, still needs work: “It’s tough to show people without the sound mix because so much of the emotion that you have is brought out of that mix. But what they’re looking at, it’s an ability to judge it.”

Trevorrow went on to say he’s been screening the film’s current cut “to deep fans of Jurassic Park, people who swear by it and love it, and then seeing how they feel. It’s been a much more involved process with the audience this time.” Why all this extra “time and attention,” as the director puts it? Because his film won’t necessarily follow “traditional screenplay structure,” centering on a single protagonist “where everybody knows what happens on page twelve.” Instead, the film follows “two sets of characters” — the classic JP cast of Sam Neill, Laura Dern, and Jeff Goldblum, and the contemporary JW cast of Chris Pratt and Bryce Dallas Howard. Trevorrow said that with these different sets of cast members, he’s “telling two parallel stories that are just driving closer and closer together, and you understand that, and you start to understand how they’re going to intersect, and then they do. But that’s not a traditional way to structure a movie.” Trevorrow wants to do “justice” to these characters and this nontraditional story structure, making sure he’s “not shortchanging anybody… Laura and Sam and Jeff are just as big a part of the movie as Chris and Bryce are, as far as screen time, as far as their importance to the story, everything.”

In the goal of giving all these characters their narrative justice with this parallel structure, we asked Trevorrow if the film might be closer to two and a half hours in runtime, and he revealed this to us: “I know how long it is now, and it’s not longer than that.” And until he cuts the film down to its final, not-above-150-minute pace, he’s going to keep tweaking and showing and editing until he’s satisfied.

And Trevorrow satisfying Trevorrow seems to be tricky business; he left the test screening he attended, again, the same day that he was interviewed by us not feeling like it was a “gimmie… I don’t have that arrogance in me. It doesn’t exist. I’m always wondering how we can make it more effective… I understand it now. I understand it all. Remaking the movie you made, doing a new version of it years later. I get it.”

Be on the lookout for the rest of our exclusive interview with Jurassic World: Dominion director Colin Trevorrow soon.

KEEP READING: ‘Jurassic World: Dominion’: New Dinosaurs, Cretaceous-Era Prologue, and Everything Else We Learned From the IMAX Preview Footage

Gregory Lawrence (aka Greg Smith) is a writer, director, performer, songwriter, and comedian. He’s an associate editor for Collider and has written for Shudder, CBS, Paste Magazine, Guff, Smosh, Obsev Studios, and more. He loves pizza and the Mortal Kombat movie. For more, www.smithlgreg.com

Summer by the River starts today, friends
She-Hulk Casts Jameela Jamil as Titania on Marvel Disney+ Series
RISE IN CRIME IMPACTS TOURISM IN BARCELONA
Superman Has A Gun In Fortnite’s New Alien-Themed Season
Evan Peters on His Mysterious ‘WandaVision’ and ‘Mare of Easttown’ Roles: “What can we reveal without revealing too much?”