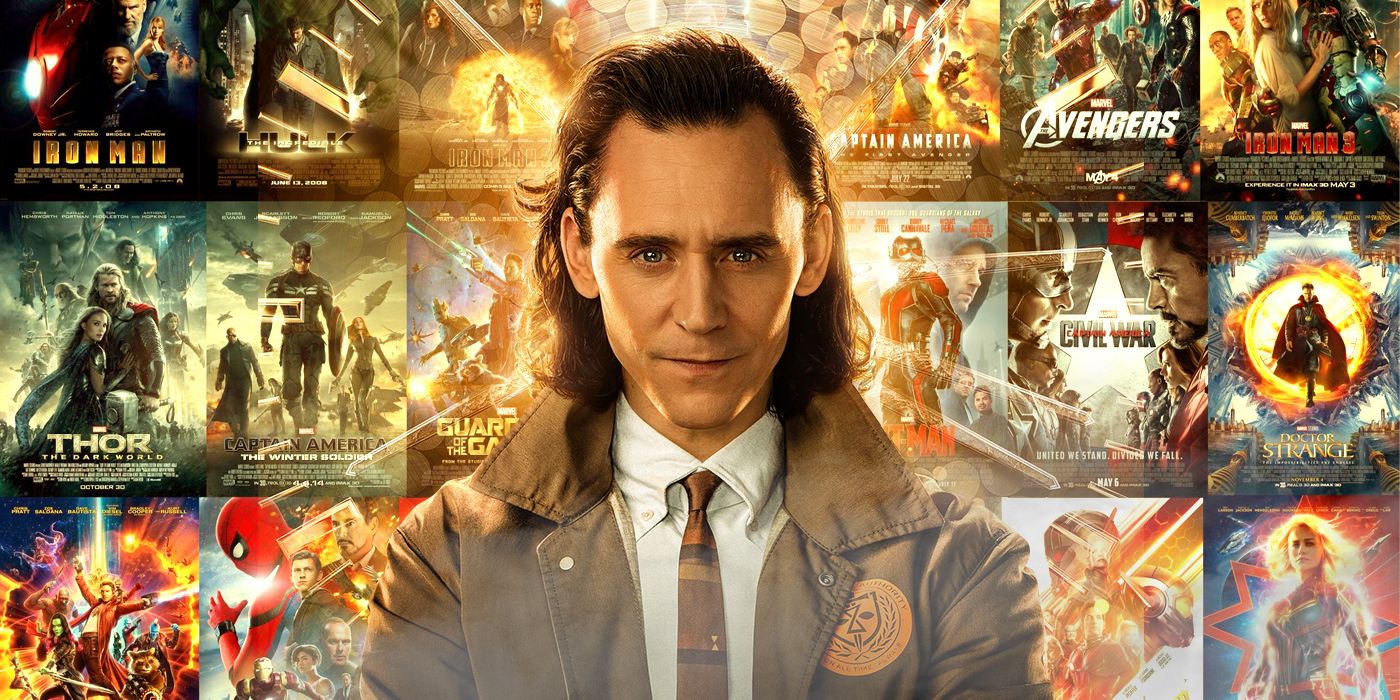 Loki will be hitting our TV screens on June 9th exclusively on Disney+. Taking place after his brief appearance in Avengers: Endgame, Tom Hiddleston‘s trickster god finds himself in the custody of the Time Variance Authority, a mysterious organization tasked with rebuilding broken timelines. Trailers have revealed the character wreaking havoc in Pompei and becoming the legendary criminal D.B. Cooper, but how exactly did we get here? If you want a refresher on everything that has Loki to this series, we’ve got you covered. Check out these films on Disney+ to get the whole Loki viewing experience.

RELATED: Watch: Catch Up on 10 Years of Loki’s MCU History With Some Help from Tom Hiddleston

While his brother, played by Chris Hemsworth, might be the film’s namesake, Loki made his debut in director Kenneth Branaugh‘s 2011 movie as a smarmy and cunning manipulator plagued by secrets. Keeping true to his original comic roots, he was born a frost giant and was taken in by Odin (Anthony Hopkins). However, one key difference between his initial comic run and the MCU is that his father, Laufey (Colm Feore), abandoned him. This revelation drives Loki to try and take over Asgard while the king is in his Odinsleep and Thor is banished to Earth.

Thor might have established Loki as a worthy antagonist to his brother, but The Avengers made him an iconic comic book movie villain. Still fueled by his desire to find the Tesseract, Loki enacts a full-scale invasion of Earth thanks to his newly-minted alliance with the Chitauri. The plan begins when he attacks a S.H.I.E.L.D base—putting Clint Barton (Jeremy Renner) and Erik Selvig (Stellan Skarsgård) under his control—and ends with an all-out assault on New York City, inadvertently creating The Avengers and their bond in the process. We may see Loki being apprehended and sent back to Asgard, but we’ll return to that in a moment.

Let’s be honest here; there’s a chance that you do not remember what happens in Thor: The Dark World. Despite being a pretty forgettable film in the MCU, Loki still managed to be an entertaining and welcome presence. Locked in captivity following the events of The Avengers, he is freed to help Thor after their mother, Frigga (Rene Russo), is killed by Malekith (Christopher Eccleston). The two brothers find themselves needing each other as they race to defeat the Dark Elves before he acquires the mysterious Aether inside the body of Jane Foster (Natalie Portman).

Loki later made his return in Thor: Ragnarok, where he was arguably given his most important arc yet. Despite showing development in The Dark World, Ragnarok shows Loki as a true antihero in the MCU. Thor and Loki find Odin on his deathbed, meeting their long-lost sister Hela (Cate Blanchett) in the process. When their Goddess of Death sister defeats both, the brothers land on Sakaar, where Thor is subjected to gladiator fights and ridicule while Loki rubs shoulders with the Grandmaster (Jeff Goldblum).

Loki is not a significant part of Avengers: Infinity War, but his appearance certainly gave the film an emotional introduction. While Infinity War picks off immediately after Ragnarok, it is nowhere near as happy. Thor and Loki’s ship has all but been destroyed by Thanos (Josh Brolin). Loki attempts to trick the Mad Titan by pledging his allegiance, but Thanos catches the ruse, crushing the trickster’s neck as a result. Little did anyone know that it was only the beginning of Infinity War‘s hefty death count.

Remember when I said we’ll be getting back to the ending of The Avengers? We last saw Loki in a pivotal sequence in Avengers: Endgame that saw the Avengers returning to key events in the franchise’s history. That includes their first battle in New York with a very different ending. As the team’s plan falls apart, a new timeline is formed as Loki breaks free of his constraints and steals the Tesseract.

That fateful escape has led to Loki’s first solo outing, the self-titled Disney+ show airing on June 9th. Hiddleston will return alongside Owen Wilson, Gugu Mbatha-Raw, Sophia Di Martino, Wunmi Mosaku, Sasha Lane, and Richard E. Grant. All of the films listed above are available to stream on the platform, with Loki airing new episodes every Wednesday.

KEEP READING: ‘Loki’ Head Writer Michael Waldron on Crafting Time Travel Rules for the MCU: “We’ve Got to Make This as Airtight as Possible”

‘Indiana Jones and the Temple of Doom’: The Sad Tale of Wu Han

Indy’s doomed sidekick takes a bullet for him and is never spoken of again.

Ron’s Gone Wrong Trailer Teases Animated Movie with Zach Galifianakis
Fashion Academic and Activist Ben Barry on Why Pride Is More Important Than Ever
Random: Remember That Zelda HD Tech Demo For Wii U? It’s Now 10 Years Old
These 8 Innovative Beauty Products Will Get You Ready For Summer 2021
Why Meghan Markle and Prince Harry Named Their Baby Lilibet