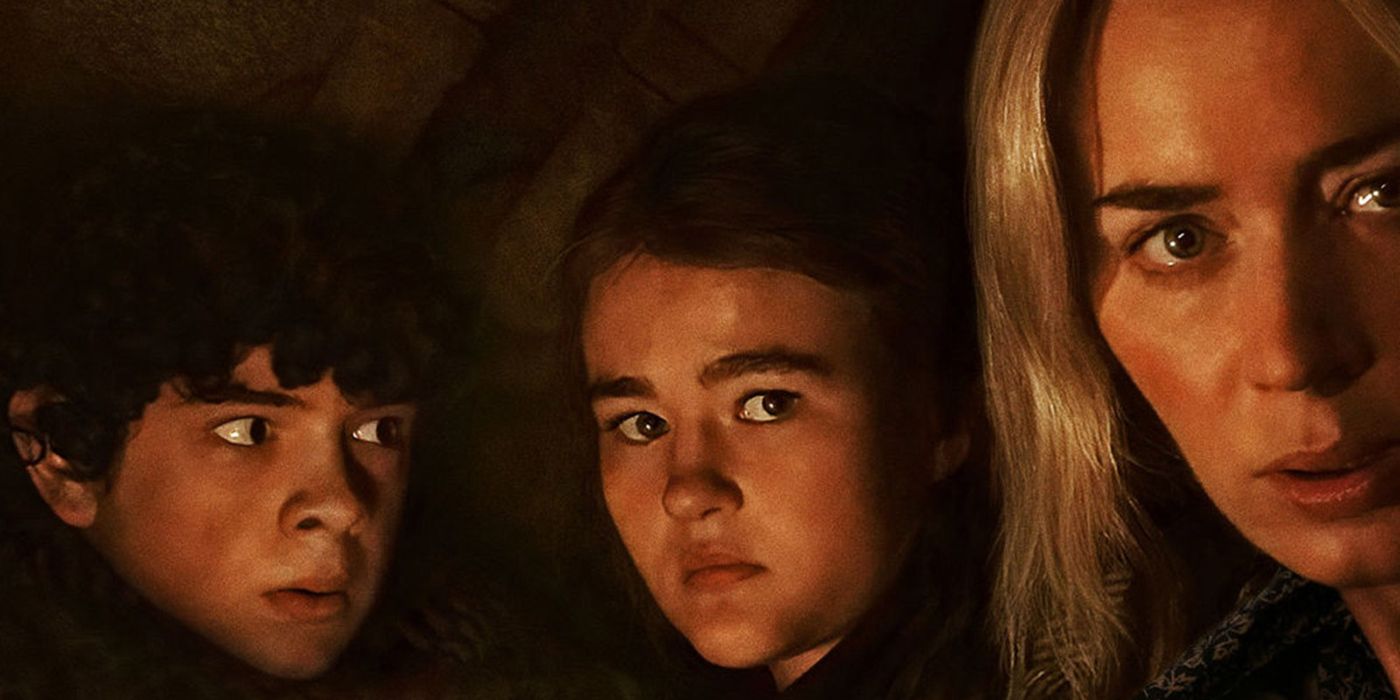 A Quiet Place Part II is the sequel to John Krasinki’s PG-13 science fiction horror film from 2018. Back again in the director’s chair, along with writing credit, Krasinski welcomed audiences back from a year at home with another awesome entry in the franchise. Starring Emily Blunt, Milicent Simmons, Noah Jupe, and Krasinski again as the Abbott family, the movie starts almost immediately following the destruction of the Abbot farm at the end of A Quiet Place. They’re forced to venture out into a hostile world full of monsters in many forms.

The film, like many, was delayed an entire year past its scheduled release date. It was released on May 28, and it grossed almost $50 million opening weekend. It currently sits at $279 million worldwide. A streaming service release and a release date for 4K UHD and Blu-ray copies were announced recently, so here’s a rundown of all the ways to enjoy this alien thriller now and in the near future.

Is A Quiet Place 2 Streaming Online?

A Quiet Place II is now available for streaming exclusively on Paramount+. This year, Paramount announced they’d be porting over new films to their flagship streaming service 45 days after they premiere in theaters—a strategy that likely aided in A Quiet Place II’s trouncing of In The Heights on its box office opening weekend considering In The Heights also premiered on HBOMax.

Is It Still in Theaters?

A Quiet Place Part II is still showing in theaters alongside its recent release on Paramount+. Movie theaters are reopening and packing more programming each month, and a quick Google search for showtimes in a specific city should reveal a laundry list of venues and screenings. A Quiet Place received an Academy Award Nomination for its sound editing, and with the same team returning, there’s no better way to experience the ambiance and maelstrom of sonic splendor than at the movies.

Where to Rent or Buy A Quiet Place Part II

A Quiet Place Part II arrived on Digital on July 13 and is now available for purchase on Vudu and Amazon Prime Video for $19.99. It will be available for rental on Vudu alongside the physical release of the movie on July 27.

Here are the details on the included bonus features:

The DVD is a standard definition disk containing solely the theatrical release.

Is A Quiet Place 3 Confirmed?

If you’re waiting for the next chapter in the A Quiet Place franchise, we’ve got good news – With more than $550 million grossed worldwide by the franchise so far, there’s no wonder why Paramount has confirmed another film is on the way. However, we’re going to see the ravaged world through a new set of eyes. While A Quiet Place is coming back, Krasinski is stepping away for now, and the next film will be a spinoff from writer/director Jeff Nichols (Midnight Special, Mud). Details on the plot are still under wraps, but the next film is slated to arrive in theaters in 2023.

The series has become synonymous with superb PG-13 horror. A comparable third installment would cement its place as the best non-R-rated horror franchise in history.

KEEP READING: John Krasinski Teases Future of ‘A Quiet Place’ and Explains Why He Hired Jeff Nichols to Direct the Next Movie

Here’s How The Mandarin in Marvel’s ‘Shang-Chi’ Will Be Different, According to the Filmmakers

The comics villain is the Big Bad of ‘Shang-Chi’, but with a twist.

Drake Lupton is new to the Collider team. He’s a features writer who loves movies, games, music, comic books, sports, and esports. He has had the privilege to write about games and esports for separate publications, but he’s thrilled to contribute to the conversations surrounding film and television happening at Collider. He encourages anyone looking for something to watch to follow his Twitter account for near-constant chronicling of recently visited cinema.