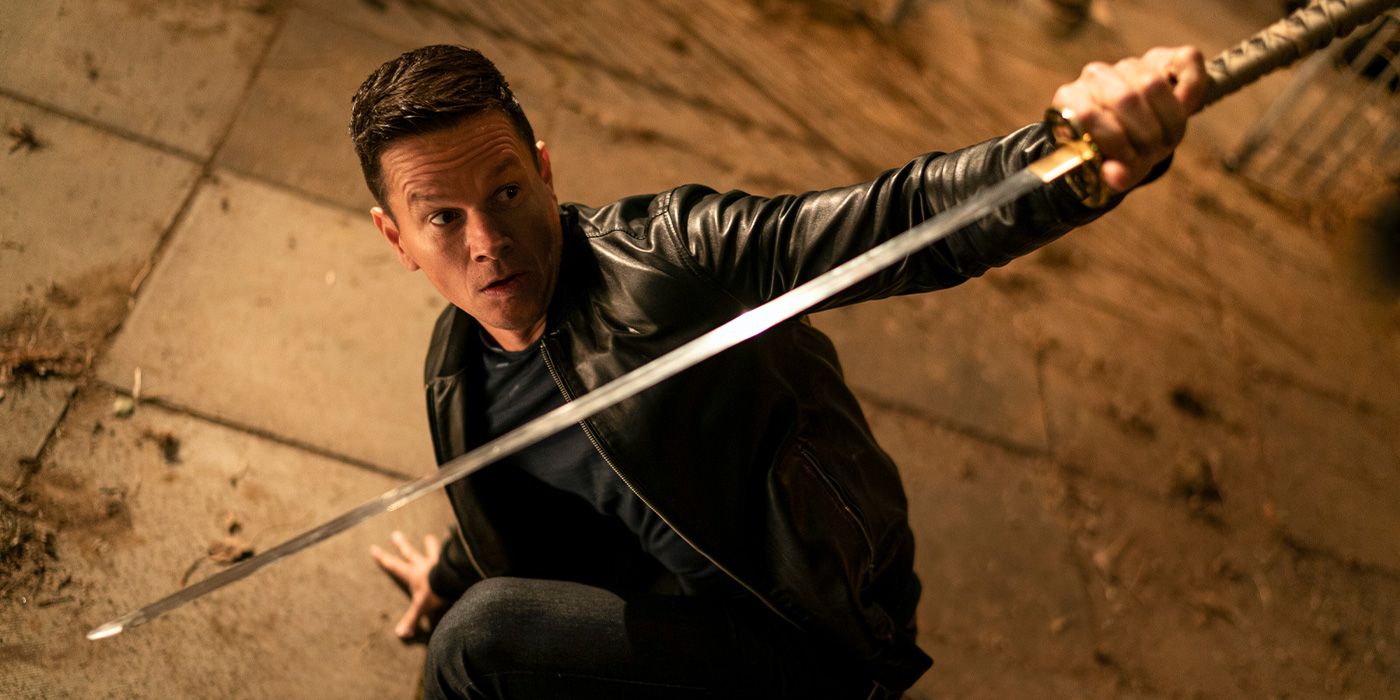 Watching Infinite, it’s not much of a surprise that Paramount decided to dump it on their new streaming service Paramount+ rather than release it into theaters even though theaters are coming back, and audiences are eager to leave their homes now that they’ve been vaccinated. The film is poorly written, its action is dull and derivative, and it feels like a waste of time for everyone involved including the viewer. It’s a superhero knockoff picture for a studio that has no superhero properties, and that approach makes it feel like a dumber, less stylish version of 2008’s Wanted. The only aspect where Infinite is remotely interesting is what it says about star Mark Wahlberg at this point in his career and how he limits not only himself but also limits the film by playing the least interesting version of his familiar archetype.

Evan McCauley (Wahlberg) believes he suffers from schizophrenia because he has memories of past lives and knowledge of things he’s never learned, but he’s actually an “Infinite”, a person born with perfect recall of their past lives. The Infinites are at war with each other. There are the “believers” who fight for the furtherment of mankind, and then there are the “nihilists”, who believe humanity is a lost cause and want to obliterate everything so that they can stop being reborn. The nihilists are led by Bathurst (Chiwetel Ejiofor), who is searching for The Egg, a doodad that will obliterate mankind and bring him the oblivion he and his followers seek. Evan struggles in his day-to-day life as he scraps to get anti-psychotic medication, but when he’s thrust into the middle of the Infinite war and learns his true heritage, he discovers he holds the secret of the Egg’s location and how to stop the nihilists from destroying all life on Earth.

In its first act, you can tell that Infinite is really struggling because it’s loaded down with so much exposition. There’s a prologue involving a car chase before we get to Evan waking up “in this life” and then treating us to a prologue featuring voice over about his difficulties before he goes to a job interview where someone tells us more about Evan’s past before we’re treated to more exposition about his life and then he meets up with believer Nora (Sophie Cookson), who has to tell him about the war and his past life as the heroic Treadway (Dylan O’Brien) and it’s not until you’ve reached the second act that the film can finally have a plot and move forward rather than having everyone tell Evan who he is and why he’s important and the larger conflict he’s now a part of.

But even when the plot gains a bit of momentum as the believers and nihilists (and it’s impossible to think of the term “nihilists” without hearing Peter Stormare say, “We believe in nothing, Lebowski!”) race towards The Egg (and it never stops being funny to hear characters say in all seriousness “We need The Egg!” or “He knows where to find The Egg!” like those Jawas on The Mandalorian), you still have an unbelievably nonsensical story that gets dumber the more it tries to expand its mythology. For example, Bathurst has a gun that shoots special bullets that steal the consciousness from an Infinite and uploads it into a digital chip we’re they’re kept prisoner. But if Bathurst’s whole issue is his desire to stop reincarnating, then why not shoot himself with a soul bullet and stop the reincarnation process? The film kind of cops out by saying he just hates humanity so much, but again, getting to finish out his existence as a microchip seems to solve that problem.

RELATED: The Top 10 Highest-Paid Actors of 2020, and Why Most of Them Should Thank Netflix

However, Infinite has a much bigger problem with the casting of Wahlberg, who also serves as one of the film’s producers. The film sets up Evan from a point of weakness. He’s displaced, he relies on anti-psychotic medication, he can’t get a job, and he doesn’t understand his place in the world. He’s an everyman character who’s in a difficult personal situation, and that’s not Mark Wahlberg, a guy who gets up at 2:30am so he can work out from 3:40-5:15am. Furthermore, Wahlberg rarely seeks to dispel that image in his movies. Even when he does dramatic work, he’s still someone who rests on his physique and toughness as seen in recent films like Patriots Day and Deepwater Horizon. Wahlberg rarely does “vulnerable”, and that’s a problem for the character of Evan who needs to have an awakening into a world that basically selects him as the Chosen One. For an actor who looks like an average guy (or as average as Hollywood movie will allow), that can work, but for Wahlberg, the film maps him out as “Awesome Guy Who Becomes More Awesome.” If your character’s starting point is “I’m a badass with some misinterpreted mental problems and those mental problems are actually just a sign of how much more of a badass I am,” you don’t really have a character arc or even much of a journey. It’s simply a race to get the doodad sprinkled with some uninspired action scenes.

With Wahlberg having recently turned 50, and almost 25 years after his role in Boogie Nights that allowed people to take him seriously as an actor and not Marky Mark, it’s odd to see where he’s arrived at this point his career. He’s far from the only actor in his 50s still doing action roles, but for Wahlberg, his action roles fail to challenge him in any interesting way. Maybe he’s comfortable working with a trusted director like Peter Berg in Spenser Confidential or reteaming with his Shooter director Antoine Fuqua as he does here with Infinite, but watching this film you can feel the landscape starting to leave Wahlberg behind. He doesn’t really have a franchise to call his own in a time when franchises are king, and even something like the upcoming Uncharted will belong to Tom Holland as much as it does to Wahlberg. Yes, Infinite does have Wahlberg in his element in that he’s a tough guy action hero, but it’s also a film that leaves him oddly adrift and clinging for relevance in an age of IP.

On the one hand, some actors can weather the audience’s affinity for IP because they have the versatility to be a draw and offer something new and exciting, and that’s where you can see Wahlberg running into trouble. There’s nothing remotely special about films like Spenser Confidential or Infinite, and they’re certainly a far cry from Wahlberg’s more interesting performances in dramas like The Fighter and Three Kings or even comedies like Ted and The Other Guys. So why bother? I suppose there’s the financial incentive, but Wahlberg has been around long enough (and as a producer, has enough say in a production) that he can choose something more exciting than something as disposable as Infinite. Sure, he has dramas coming up like Joe Bell and the faith-based picture Stu, but even here, does this really push the envelope for Wahlberg, who has to keep putting himself in a heroic mold let alone a character with any kind of shading? Some will argue that Wahlberg is incapable of that kind of range, but I’d counter he can do it (and has done it), and yet has reached a point in his career where he chooses not to.

That leads to disappointing efforts like Infinite that don’t inspire much of a reaction at all. Perhaps the best thing for Wahlberg with efforts like Spenser Confidential and Infinite is that they’re merely grist for the content mill of their respective streaming services. He got paid, got to work with directors he likes, and he’s moving on to the next thing, and arguably those next things can be more personal projects like Joe Bell and Stu. But Wahlberg clearly wants to keep being an action hero, which is fine. He’s got the physique and the charisma for it, but if he wants to keep playing that game, he’ll need to find far better projects than the laughably bad Infinite.