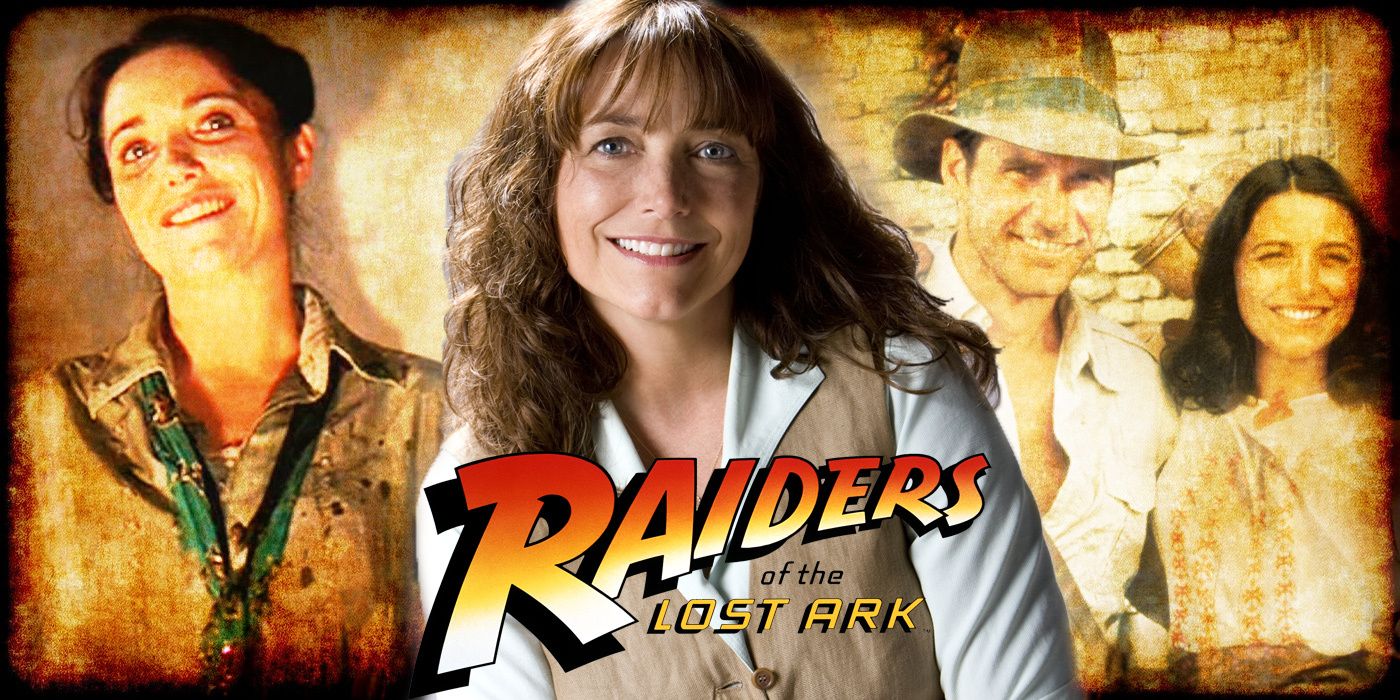 Raiders of the Lost Ark, one of the greatest films ever made, turns 40 this month, and to mark the occasion Paramount Home Entertainment is releasing the entire Indiana Jones franchise on 4K Blu-ray for the first time. In anticipation of this exciting release, I recently had the honor of speaking (albeit briefly) with Raiders star Karen Allen about her work in the film, and with only four minutes to talk about one of cinema’s towering achievements, I had to choose my questions carefully.

Allen is instantly iconic in Raiders of the Lost Ark as Marion Ravenwood, whom Harrison Ford’s Indiana Jones tracks down when he’s searching for a medallion that might lead him to the Ark of the Covenant. From her very first line, Allen makes an impression, as Marion is introduced absolutely destroying a competitor in a drinking game inside her own bar, and shortly thereafter is forced to confront a hurtful romantic past when Indy steps inside, bathed in silhouette.

This first scene of Marion’s tells us so much about the character thanks to Allen’s confident and charismatic performance and director Steven Spielberg’s brilliant shot composition. So my first question to Allen when I spoke with her was about how her initial interaction with Indy came together – was it all in the script, or did she, Spielberg, and Ford work together to make the scene as great as it is? Allen revealed that this is the scene she performed in her audition so she already knew it well, but it’s clear that getting it on camera was a joy for all involved.

But I also really wanted to ask Allen about a scene that’s been shrouded in myth for some time. When Marion is captured and being held captive by Belloq (Paul Freeman), she steals a knife that she plans to use for her escape. She changes into a dress that Belloq wants her to wear, and she pretend-flirts with him before pulling out the knife, only to be interrupted by Major Toht (Ronald Lacy). The legend is that Allen and Freeman improvised this scene, so I asked the actress if that was true or an exaggeration of some minor improv.

As it turns out, the lore surrounding this scene is 100% true. Allen said that as-written, the scene saw Marion flirting hard with Belloq, to the point that it feels like she might sleep with him. “I just thought, this is not good for the character or for the story,” Allen told me, and Paul Freeman agreed. “So we went to Steven and Steven said, ‘Okay look, if you think you can do something more interesting, you guys go off and work on it and you show it to me, and if I think it’s more interesting, we’ll shoot it that way.’”

The tent in which the scene takes place was located right by where the cast and crew would each lunch every day, so Allen and Freeman spent their lunch breaks going into the tent and improvising, where they ended up creating the scene that now appears in the movie. And the film is all the better for it.

It’s a testament to Allen’s commitment as a performer that she recognized this scene didn’t work for her character, and it’s also a testament to Spielberg’s acumen as a storyteller that he encouraged Allen and Freeman – the actors inhabiting the roles – to come up with something better. This story really illuminates the collaborative nature of filmmaking, and pulls back the curtain a bit on how what it was like to make what ended up becoming a monumental film for so many fans and future filmmakers.

Check out my brief but insightful chat with Allen in the video player above. The Indiana Jones 4-Movie Collection is now available in 4K Ultra HD.

The movie is adapted from the autobiographical musical by ‘Rent’s Jonathan Larson.