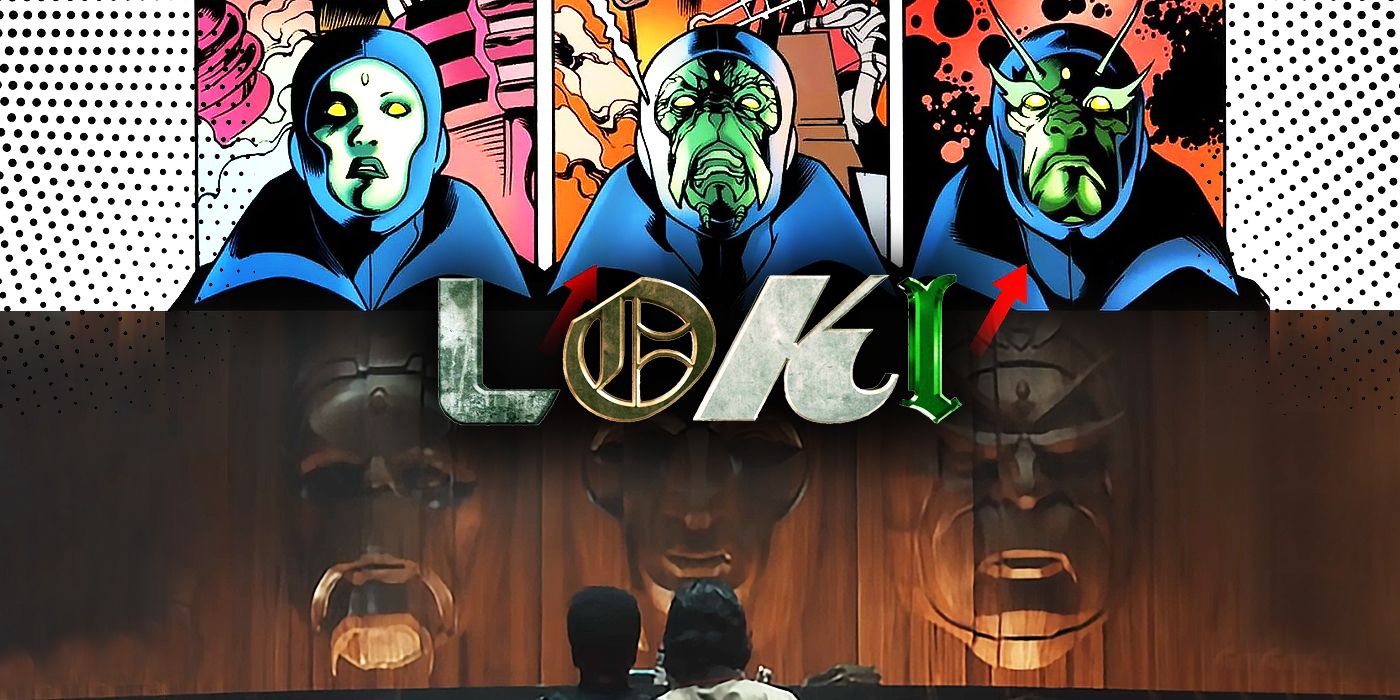 Going into the Marvel Studios show Loki, we knew we’d be in for some time-travel shenanigans. But some may have been unprepared for just how deep down the rabbit hole Loki goes. The show picks up with the version of Tom Hiddleston’s titular character at the end of the events of The Avengers, as he picks up the dropped Tesseract that results from the Avengers going back in time to this event in Avengers: Endgame, zips himself back in time, and immediately is apprehended by the Time Variance Authority — who are basically time cops tasked with nipping variants in the bud to keep the “sacred timeline” flowing forward.

The central premise of Loki finds this version of Loki working hand-in-hand with the TVA to apprehend a variant who keeps killing TVA agents. The twist? As revealed at the end of Episode 1, said murderous variant is actually a Loki variant. Owen Wilson’s Agent Mobius believes the prisoner Loki could be helpful in tracking down this other variant given how well he knows himself, but Loki of course wants something in return: an audience with the Time-Keepers, who create and manage the flow of the “sacred timeline.”

Why does Loki want to talk to the Timekeepers? Because if things progress as-is, he’ll be zipped out of existence. But if he can speak to the Timekeepers, he can possibly convince them to put him back into the “sacred timeline.” Or maybe he has some other devious plot up his sleeve, but regardless Loki really wants to meet the Time-Keepers. And as an audience, so do we.

RELATED: ‘Loki’ Head Writer Michael Waldron on Crafting Time-Travel Rules for the MCU: “We’ve Got to Make This as Airtight as Possible”

The Time-Keepers are characters rooted in the Marvel Comics, buried under a lot of really complicated lore. So as they appear to play a major role in Loki, now felt like a good time to break down who the Time-Keepers are, their origin story in the comics, and how they fit into the Disney+ series Loki. Let’s get started.

Who Are the Timekeepers?

But the Timekeepers have not necessarily been viewed as “the good guys” through their time in the comics. In fact, their first interaction with the main Marvel timeline found them trying to break up the Avengers before Earth’s Mightiest Heroes could threaten their authority. And in the comics, they often use a pawn who goes by the name Immortus to do their bidding, although Immortus sometimes listens and sometimes betrays the Timekeepers, so Immortus has been both friend and foe to the Avengers.

The Timekeepers are also intrinsically linked to another group of beings known as the Timetwisters, kind of a bizarro version of the Timekeepers who spiraled back in time causing destruction each time they interacted with Earth.

How Are the Timekeepers Different in the MCU?

The Time-Keepers are introduced in the first episode of Loki, looming over every aspect of the TVA without actually being revealed. Statues of the three figures are basically everywhere you look, and their faces hang over Judge Ravonna Renslayer (Gugu Mbatha-Raw) as she attempts to sentence Loki — before Mobius steps in with his idea to use Loki instead of disintegrating him.

But their origin within the MCU is explained by the adorable cartoon character Miss Minutes, who reveals that before the Timekeepers came along, a multiverse existed:

“Long ago, there was a vast multiversal war. Countless unique timelines battled each other for supremacy, nearly resulting in the total destruction of, well, everything. But then the all-knowing Time-Keepers emerged, bringing peace by reorganizing the multiverse into a single timeline, the ‘sacred timeline’.”

Miss Minutes goes on to explain that now, the Timekeepers protect this “proper” flow of time by pruning variants along the way:

A curious choice of words in this part seems to be hinting at what’s to come — the words “madness” and “multiverse” appear close together, and of course, the Doctor Strange sequel (written by Loki head writer Michael Waldron) is called Doctor Strange in the Multiverse of Madness. Everything about this first episode of Loki appears to be explaining the status quo while hinting that the MCU to come may be reverting back to the days of the so-called “multiversal war.”

During an interview with Collider, Waldron explained that he and the writers pulled from the comics but also made changes to the lore of the Timekeepers:

“The Timekeepers, that was a case of a really cool thing in the comics. The Timekeepers have a lot of lore there, and we were able to pull from that and take what was exciting about their mythology and everything, and then I was able to build kind of our own crazy ideas that fit within the world of our own show. So it’s kind of a fusion of who they are in the comics and perhaps who they are in our world.”

He added that they also created clearly defined rules for how the Timekeepers operate and who, exactly, they are in the MCU:

“We had to really define for ourselves who are the Timekeepers? Who are these characters? If you’re gonna put them in the show you’re gonna take them seriously as real entities, and clearly as incredibly powerful entities within the world of the MCU. So all of that investigation of who they are and what their rules are was all stuff we had to figure out and define.”

Are the Timekeepers Being Kept Hidden for a Reason?

Of course, the underlying issue with the Timekeepers in this first episode is that they’re hidden. We learn during a conversation between Renslayer and Mobius that Mobius has never met the Timekeepers, but Renslayer is supposedly in direct contact with them frequently. Something feels particularly fishy, although it’s tough to put a finger on it this early.

Lots of questions remain, which makes Loki all the more intriguing as we conclude this compelling inaugural episode. The Timekeepers stuff is certainly a major plot driver moving forward, but the first episode of Loki also reveals the show’s thematic thrust: who is Loki as a being, and what actually drives him? Hiddleston does a tremendous job playing the character’s vulnerability as he learns that he’s far from one of the most powerful beings in the universe, and what he previously thought important – like the Infinity Stones – hold the same value as paperweights in the eyes of the Timekeepers and the TVA.

A terrifically compelling setup for a wholly unique MCU show. We’ll surely find out more about the Timekeepers going forward, so stay tuned.

The series features the voices of Hawke and ‘Firefly’s Sean Maher.