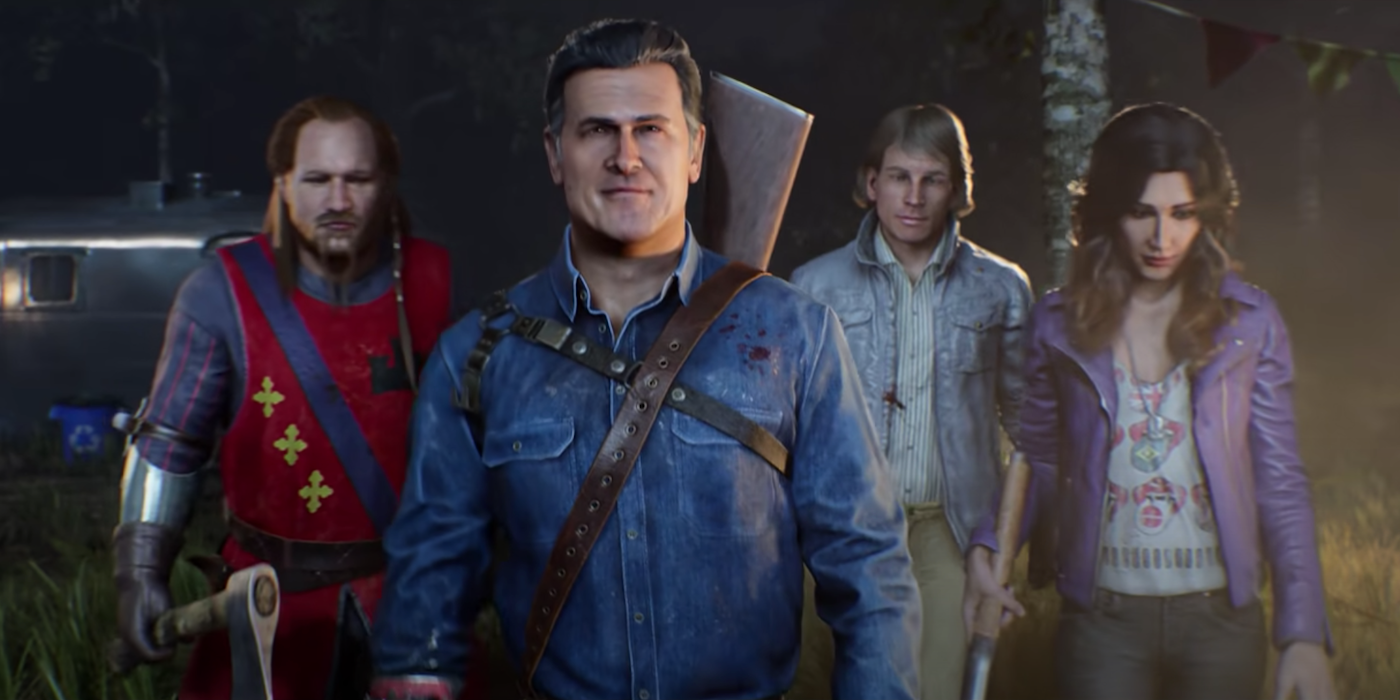 Bruce Campbell is back as Ash Williams! Well, sort of. The new trailer for Evil Dead: The Game features Ash as a playable character and has Campbell narrating the trailer. What better way to learn about this new Evil Dead game with Ash Williams than from Ash Williams himself?

Going through the game, players can either play as any of the “good guys” trying to collect artifacts and destroy the Naturom Demonto so they can kill the demons coming after them. Or, if you want to be a “dick” as Campbell says, you can play as the demons themselves. Again, Campbell considers you a dick if you do this. He says it multiple times throughout the trailer. Evil Dead: The Game feels very much like the Evil Dead series we have all come to know and love. Including Campbell making a joke about why Ash Williams always wears brown pants.

Ash can be seen walking around with his chainsaw securely attached where his hand used to be, as he fights all sorts of demons in the woods. The game also allows players to team up with their friends to fight demons, and iconic characters from throughout the franchise are playable, in addition to Ash and the demons. Also available in the game are Kelly Maxwell (Dana DeLorenzo) and Pablo Simon Bolivar (Ray Santiago) from Ash vs Evil Dead.

KEEP READING: Why the ‘Evil Dead’ Musical Is One of the Franchise’s Best and Most Bizarre Installments

First ‘Masters of the Universe: Revelation’ Teaser Brings Back He-Man in Action-Packed Trailer

Netflix has also announced an aftershow hosted by Kevin Smith.

Harry Melling Cast in The Pale Blue Eye, Will Play Edgar Allen Poe
Mythic Quest Stars on Why the Season 2 Episode “Peter” Felt Like a Play
Black Widow IMAX Aspect Ratio Revealed In New Image
All the Important Things Dr. Jill Biden Is Telling Us With Her Clothing
The Snoopy Show: New Summer Episodes Coming to Apple TV+ This July