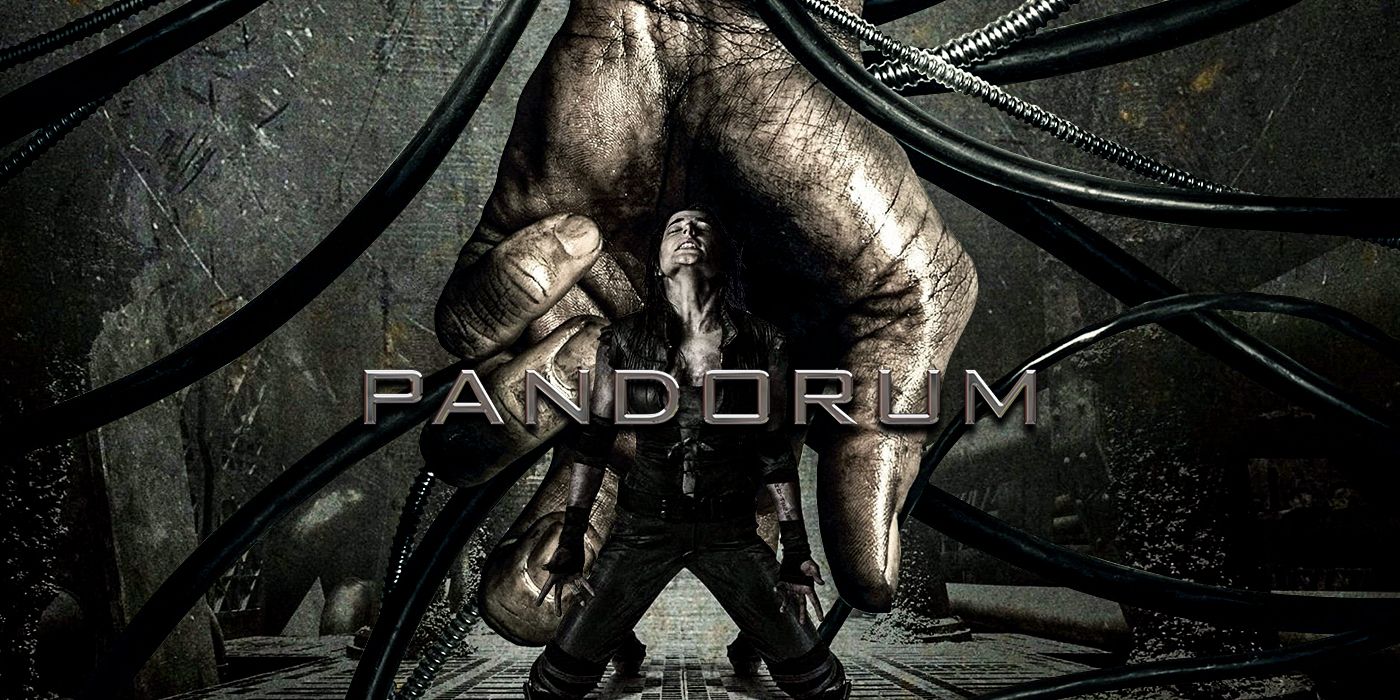 The year 2009 was one of stiff competition in the sci-fi genre, with critical and commercial successes such as Neill Blomkamp‘s District 9, Duncan Jones’ Moon, and JJ Abrams’ Star Trek reboot. In this shuffle of quality films, Pandorum, a mid-budget sci-fi horror movie was generally maligned by critics and overlooked by audiences – something which I believe was a mistake.

Pandorum comes from German writer/director Christian Alvart (Case 39) and features Event Horizon’s own director, Paul W.S. Anderson, as an executive producer. Given Anderson’s past work adapting video games to the screen, from Mortal Kombat, to Resident Evil, to, most recently, Monster Hunter, it feels fitting he produced Pandorum. With a protagonist who awakes in a sci-fi environment, only to find that otherworldly horrors await him, Pandorum seems noticeably influenced by video games, such as Dead Space and Doom.

Besides Paul W.S. Anderson helping produce the film, the DNA Pandorum shares with Event Horizon is clear. Both films detail members of a flight crew exploring a gothic, seemingly abandoned spacecraft. As the crew discovers what tragedy befell the vessel, so too does their paranoia grow and the threat against them intensify. What our heroes discover is that perhaps the darkest forces of all lie in the heart of man. However, with Pandorum, there is no other spaceship to escape on.

In Pandorum we follow Bower, played by Ben Foster (Hell or High Water), a crew member of the spacecraft Elysium. Due to rampant overpopulation and climate change on Earth, the spacecraft is headed to the inhabitable planet of Tanis, where a colony of humans hope to begin anew. However, when Bower is unexpectedly awoken from hypersleep, he finds the ship he’s supposed to help pilot seemingly abandoned and barely powered. With the help of Lt. Payton (Dennis Quaid) and other survivors, Bower must discover the terrifying reality of their situation, avoid the bloodthirsty beasts that have made the ship their home, and try to save what’s left of humanity. However, whether or not everyone can be trusted is uncertain as each fears the other may be suffering from “pandorum,” a trauma induced state of psychosis experienced by those traveling long distances in space.

As soon as this film begins, it does something clever to instantly engage its audience – it presents high stakes, immediately followed by the audience and protagonist both learning that something has gone wrong. We know that this colony spaceship holds hundreds of thousands of lives, which we later learn has become the last vestige of humanity, as Earth was destroyed via cosmic catastrophe after the ship departed. So, when Bower awakes, and both he and the audience slowly piece together that something has gone terribly wrong during their voyage, the stakes are raised even higher. Bower is not only fighting to save the ship and the mission – he’s fighting to preserve all that’s left of human existence.

The visuals of Pandorum only add to it’s tension, with beautifully ominous and moody shots of the empty, never ending hallways and corridors that make up the leviathan of a ship our heroes roam. The cold industrial interiors of the ship seem almost as inhospitable as space itself, which juxtaposes with its existence as an arc for all life on Earth. One finds themself constantly checking the background and corners for threats and monsters, as if the fictional “pandorum” sickness has afflicted them while watching the movie. One sequence, in which Bower must squeeze his way through a narrow service duct, causes the claustrophobia to set in, as he struggles amid thick tube and cables that has one questioning “what if those are the tentacles of some lovecraftian beast?”

Above all else, one creative element of Pandorum that is praise worthy is it’s production design, helmed by industry veteran Richard Bridgland, who’s been responsible for the PD on movies like Alien vs. Predator, Priest, and The Nice Guys. Everything in this movie feels tangible and lived in, from the invasively implanted tubes of the hypersleep pods, to the creaking hull of the ship, to the dust on the electronic screens. Work and detail was put in, and, as a result, every environment, piece of clothing, and prop is believable, only furthering your engagement with the film. The uncanny monsters are revolting in all the right ways, with details that make each, however fleeting its moment on screen, unique. The production design of this movie is on par with that of Alien and Aliens in terms of craftsmanship.

While the film certainly doesn’t deserve the harsh response it got from critics, like Nathan Rabin of The AV Club referring to it as being on the level of a “Roger Corman Cheapie,” it is not without flaws. Being a horror movie from 2009, the film falls into the hyperactive, “trying too hard to scare you,” editing style that was popular in the 2000s, as seen in the SAW sequels or Thirteen Ghosts, rather than a more reserved style that would have allowed the tension to rise in frightening moments. Also, the acting on display in the film can come off as forced, with moments of cliched dialogue certainly not helping. Dennis Quaid’s performance feels the most unnatural and distracting, something which in a lesser movie would come off as over the top in an entertaining way, but here just clashes with the film’s serious tone. Despite these flaws, the story and design of the film are strong enough to outweigh its faults.

In 2021, where most sci-fi is franchise based, with original IP usually tending to only be given to big budget, successful directors, like Chirstopher Nolan, and sci-fi horror often being relegated to the likes of z-tier VOD releases, Pandorum remains special and proves that the sub-genre is full of creative potential. From it’s story, to it’s design, Pandorum is creative and compelling, and it’s a shame it wasn’t given its fair appreciation upon debut. Before the film released, its production company, Impact Pictures, floated the idea for sequels if the film was successful, however, it’s clear that, twelve years later, nothing further is going to happen. Although, maybe it’s for the best that Pandorum remains as an original, stand-alone work, and not an overwrought franchise. Hopefully Pandorum will, one day, finally receive the fair recognition and admiration it deserves for being a well crafted sci-fi horror, made in the mold of fan favorite creations like Event Horizon and Dead Space.

Peyton is a freelance writer with Collider, focusing on horror, off-beat comedy, and all things weird. Outside of film reviews, she enjoys screenwriting, directing, making music, and performing stand up comedy. Peyton also hosts her own podcast, Explaining To Austin, in which she explains movies to her friend who hasn’t seen them. As a trans woman, Peyton is an advocate for LGBTQ, women’s, and human rights.

The Empty Man Ending Explained: What Really Happened?
The Science Museum has unveiled their new cancer exhibition
Glass barriers on the Thames are going to shield London from future floods
Yes, You Can Protest Without Marching
Interview: Director Natasha Kermani on ‘Lucky’ and What She Looks for in Auditions and Self-Tapes