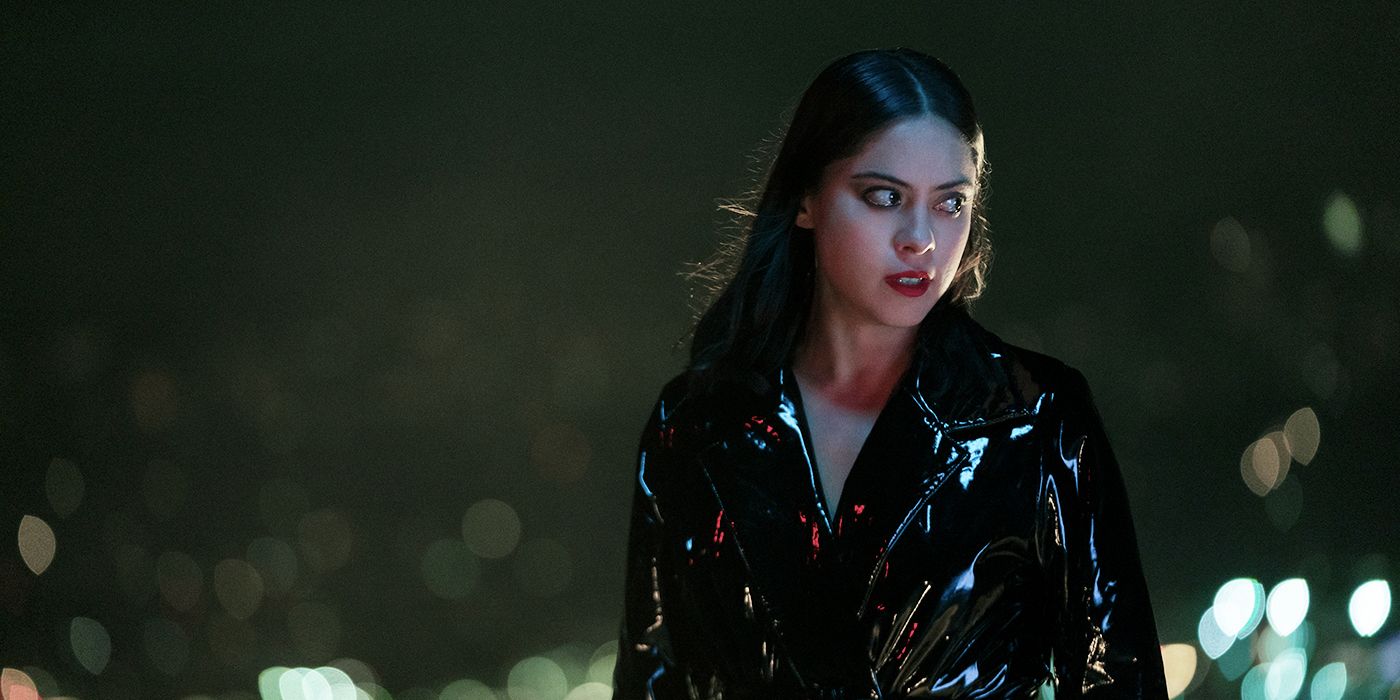 Netflix has just dropped the official teaser for Brand New Cherry Flavor, a new limited series premiering on the streamer on August 13th. The series will consist of eight hour-long episodes and stars Rosa Salazar (Alita: Battle Angel), Catherine Keener (Get Out), Eric Lange (Escape at Dannemora), Jeff Ward (Agents of S.H.I.E.L.D.), Manny Jacinto (The Good Place), and several others. Nick Antosca and Lenore Zion serve as showrunners as well as writers on the pulpy limited series. Antosca is responsible for creating the shows Channel Zero and The Act, while Zion worked as a writer on Showtime’s Billions as well as Antosca’s Channel Zero.

Brand New Cherry Flavor follows a young female director in 90s Hollywood who takes revenge to a supernatural level after she is betrayed by someone she trusts. The teaser showcases the stylish vibe, opening with an introduction to the lead character, Lisa N. Nova, as she applies blood-red lipstick and admires her all-leather outfit in a very dirty mirror. Soon, Lisa attends a horror-themed party where she meets a mysterious tattoo artist played by Keener. The rest of the teaser depicts ghostly apparitions, flesh-eating cats, and a sinister revenge plot as Lisa explores the occultist rabbit hole she has found herself in.

On top of the main cast, Hannah Levien (The Magicians), Leland Orser (I Am The Night), and Patrick Fischler (The Right Stuff) will all appear in the show in a recurring capacity. Brand New Cherry Flavor is based on the 1996 novel of the same name by Todd Grimson. Since the series is rated TV-MA, audiences should expect the television adaption of the book to be just as hardcore as its source material. Brand New Cherry Flavor is being marketed as a limited series, and the plot and overall vibe of the teaser indicate that this series has what it takes to be a huge hit for Netflix.

Since the show premieres on Netflix in August, it seems likely that an official trailer will be released very shortly. Check out the official teaser and logline for Brand New Cherry Flavor below:

Lisa N. Nova (Rosa Salazar) comes to LA dead set on directing her first movie. But when she trusts the wrong person and gets stabbed in the back, everything goes sideways and a dream project turns into a nightmare. This particular nightmare has zombies, hit men, supernatural kittens, and a mysterious tattoo artist who likes to put curses on people. And Lisa’s going to have to figure out some secrets from her own past in order to get out alive.