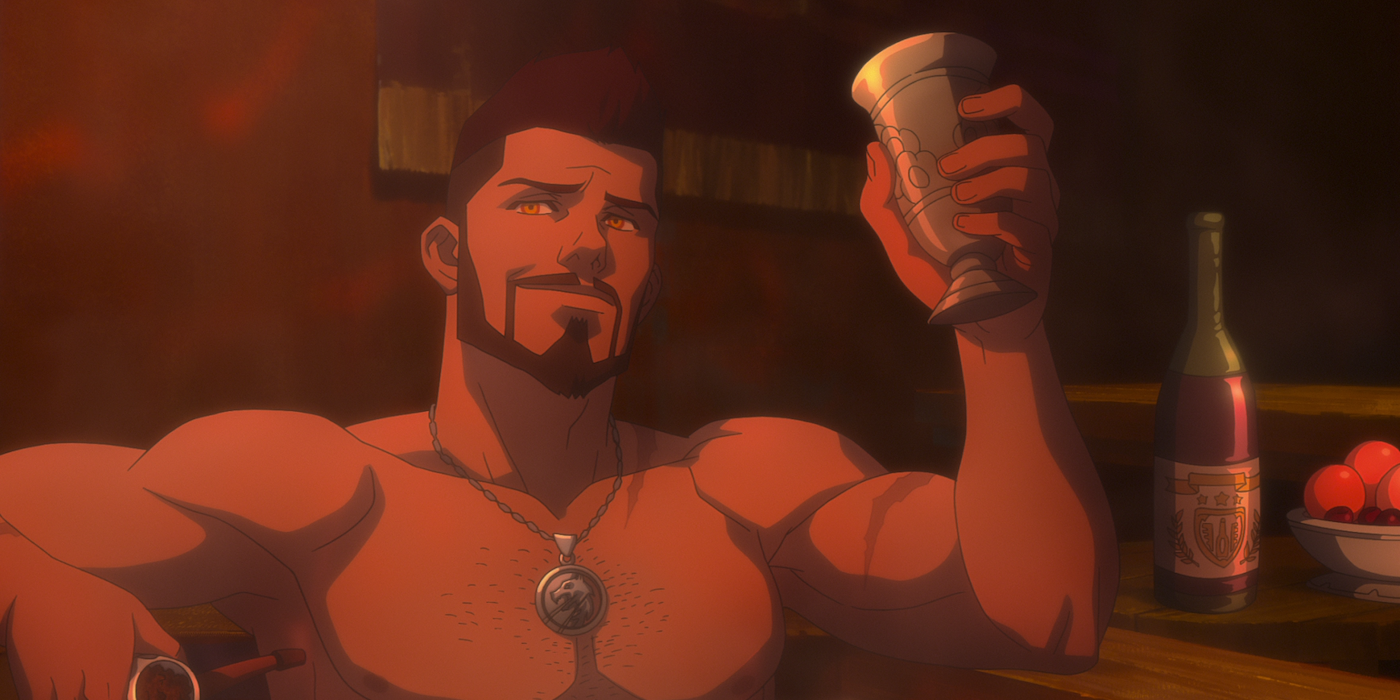 The Witcher: Nightmare of the Wolf, a new anime origin film focusing on Geralt’s mentor Vesemir, has released a new teaser trailer, and also announced the English voice cast for the film.

This latest teaser begins with a scroll that reads “Witches are rogues without virtue, true diabolical creations, for only killing. There is no place amidst honest men for them…” It certainly seems true that they are made for killing, as the teaser shows Vesemir fighting horrific monsters, and even drinking a potion that looks to turn him into a monster as well. As an origin story for The Witcher, this teaser definitely focuses on the action in the new film written by Lauren Schimdt Hissrich and directed by Kwang Il Han.

In addition to the new action-packed trailer, Netflix has also revealed the voice cast for the anime film. Theo James, who played a young Vesemir in The Witcher will also be voicing the character in The Witcher: Nightmare of the Wolf. Also starring are Lara Pulver (Sherlock) as Tetra, Graham McTavish (Outlander) as Deglan, and Mary McDonnell (Battlestar Galactica) as Lady Zerbst.

The world of The Witcher expands in this anime origin story: Before Geralt, there was his mentor Vesemir — a swashbuckling young witcher who escaped a life of poverty to slay monsters for coin. But when a strange new monster begins terrorizing a politically-fraught kingdom, Vesemir finds himself on a frightening adventure that forces him to confront the demons of his past.

How the MCU Was Made: ‘Spider-Man: Far from Home’, Hiding ‘Endgame’ Secrets, and Crafting the Mysterio Twist

Plus, how that Disney-Sony deal fell apart and came back together again.