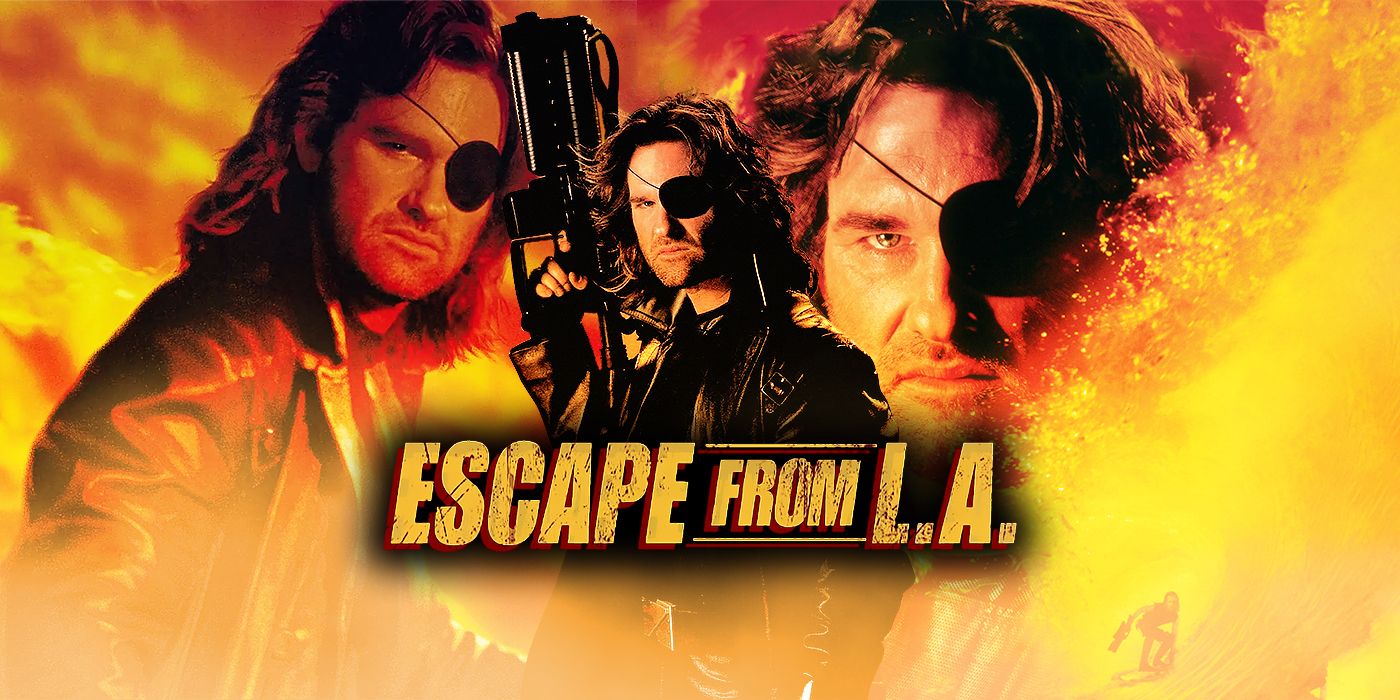 John Carpenter’s 1981 classic Escape From New York celebrates its 40th anniversary this year, and Collider’s Vinnie Mancuso brilliantly described why it’s one of the quintessential action and science fiction films of the 80s. Kurt Russell gifted moviegoers with one of his greatest characters ever, and the film easily ranks among the upper tier of Carpenter’s filmography (no faint praise given how many absolute classics he has helmed).

Snake Plissken’s second adventure earned only half of its production budget back, and lukewarm reviews cited the film’s significant quality dip from its predecessor. Understandably, there’s hesitation towards a follow-up to such an influential original, but Escape From L.A. is far from a hastily thrown together cash grab. This is the only sequel to a Carpenter film helmed by the man himself, and it’s clear why he wanted to revisit the post-apocalyptic setting given the shifting political climate in the fifteen years since Escape From New York. Carpenter wrote the first film in reaction to the Watergate scandal and personified anxieties of a fractured federal government, resulting in a gritty sense of paranoia. The sequel is more heavily critical of religious fanaticism, and the notion of a theocratic state makes for a different type of threat. Cliff Robertson’s President is a chilling antagonist of the Reagan era who forcefully punishes those who don’t meet the standards of his “Moral America.”

Carpenter extends this commentary on the nuclear family by highlighting the President’s own deficiencies as a father. Plissken is initially tasked with bringing the First Daughter Utopia (A. J. Langer) to safety, but he discovers the President is more interested in recovering a satellite superweapon than he is rescuing his own child. It’s a clever satire of the nuclear arms race that clearly defines the characters’ moral values; despite his self-professed cynicism, Plissken is more empathetic to Utopia’s hardship than the leader who claims he’s reinstating virtue within the country.

Carpenter uses the similar premise as a satirical element to highlight government incompetence. Of course the United States Police Force failed to stop another major metroplex from descending into chaos, and of course, in their time of crisis, they can only rely on a criminal like Snake. Compared to his growly indifference in the original, Plissken seems overly frustrated at being once again roped into an impossible scheme. His indifference towards America is maintained, but this time Plissken is able to voice the audience’s own concerns about the plot being repetitive.

Plissken’s nihilistic attitude is just as endearing, but his character arc builds upon the iconic ending of the first film where he destroyed the message to the President after witnessing his disregard for those who sacrificed themselves saving him. Escape From L.A. sees Plissken develop into an actual revolutionary that actively undoes the President’s orders not only out of personal spite, but in the interest of others suffering under the fragmented political state. It’s a nice continuation of his established history as a veteran left out to dry by an uncaring government.

Carpenter frequently uses Plissken as a mouthpiece to voice disgust with technology, and the film culminates in a CGI-heavy finale. The visuals look so dated now that it only seems to prove Plissken’s point in retrospect, even if that’s not what Carpenter intended. Framing Plissken as a nostalgic hero who’s annoyed with frequent holographic projections and digital warfare not only foreshadows his decision to initiate a global blackout, but a savvy way of reintroducing an 80s action hero into a different era where he doesn’t quite fit.

The supporting cast is populated by memorable characters reminiscent of Los Angeles caricatures of surfers and out-of-work actors (although there are a few stereotypes of transgender and Muslim characters that haven’t aged well). However, the best is by far Steve Buscemi as Plissken’s tour guide “Map to the Stars” Eddie, a deceitful swindler who pops up to betray Plissken on multiple occasions. Plissken’s annoyance with Eddie’s schtick is amusing, but it also shows a different type of criminal than the masochistic New York gangsters Plissken previously encountered.

Despite the loaded political satire, Escape From L.A. inserts comedic elements through the changed setting. The first film’s inclusion of decimated New York landmarks like the Queensboro Bridge and the Grand Central Terminal pondered the reality of a metroplex overrun by crime, but the sequel spoofs Los Angeles trademarks by imagining the same anarchy within places like Disney World. It’s an apt setting for a film that often feels like a theme park ride, with motley side characters wearing costumes fit for Carpenter’s warped “Happy Kingdom By The Sea” (a name change he inserted after Disney President Michael Ovitz refused him the right to actually set the climax in Magic Kingdom).

Plissken’s brewing desire for change results in a shocking twist when he chooses to detonate the secret “Sword of Damocles” super-weapon, entering the world into a technological shutdown. It’s the perfect conclusion that thrusts the entire world into the same chaotic havoc that wrecked New York and Los Angeles. While his sign-off, “welcome to the human race,” suggests the possibility of a third film, it’s completely satisfactory as an ambiguous conclusion that leaves the viewer to ponder if humanity is as doomed as Plissken believes it to be.

Escape From L.A. makes the case for a strong writer/director duo to return to a story world they’re comfortable with; Escape From New York doesn’t overtly hint at a sequel, but its world is expansive enough that more stories can be told, and a direct continuation is far more interesting than a proposed reboot would be. There’s a quality gap for sure, but that doesn’t mean Escape From L.A. shouldn’t exist. The world could benefit from more Kurt Russell/ John Carpenter collaborations, and it’s fascinating to see them try a new spin on one of their most successful achievements.

The movies aren’t quite “back” just yet.