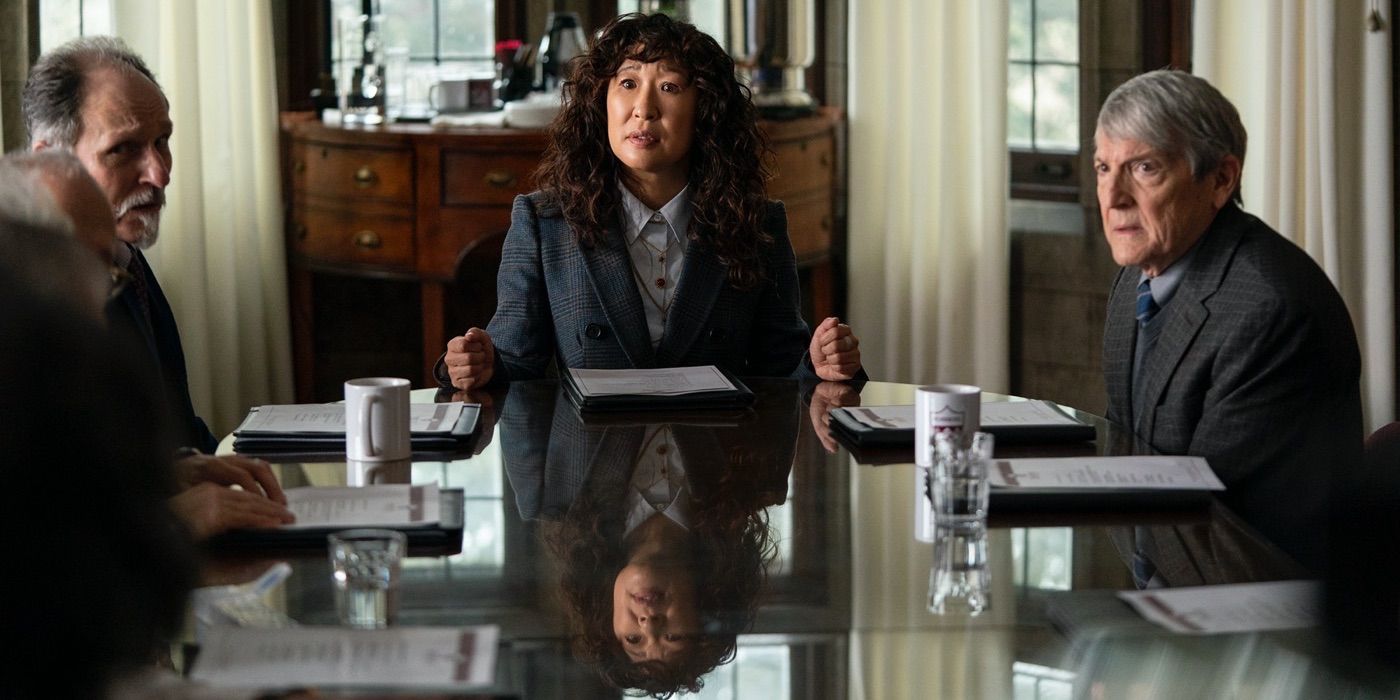 Coming off the high of Killing Eve, Golden Globe-winner Sandra Oh is going back to college. Netflix has released the first full trailer for their upcoming comedy series The Chair, starring Oh as a college English professor suddenly forced into being chair of her department. Set at the fictional Pembroke University, The Chair follows Ji-Yoon Kim (Oh) as she faces a unique set of challenges, being not only the first woman to chair a department of the university but also being one of the few people of color on its staff.

Playing over the trailer is “Oh!”, a new track by viral teen punk band The Linda Lindas, the follow-up to their blistering viral hit, “Racist, Sexist Boy”. The song highlights the messy comedy that is Ji-Yoon’s life, as a scandal forces her predecessor out of the role of chair and substitutes her in his place.

RELATED: ‘Killing Eve’ Ending With Season 4, but Story Could Continue With Possible Spinoffs

Not only is Ji-Yoon coping with appeasing her fellow board members and professors (played by Holland Taylor and Bob Balaban, among others), but she is also balancing raising her child (Everly Carganilla) and dealing with her feelings for the professor whose scandal was responsible for her instatement as chair (Jay Duplass). The trailer also highlights the lives of a number of Pembroke’s students, including one who seems as interested in Duplass’s Professor Dobson as much as Ji-Yoon is, much to his chagrin. Additionally, Netflix has released key art for the series, showcasing Oh in full academic regalia, leaning against a sign labeling her as the “[expletive] in charge.”

All six episodes of The Chair will be available on Netflix on August 20. Check out the trailer and key art below:

The legal drama/heist film mashup arrives in theaters on August 6.