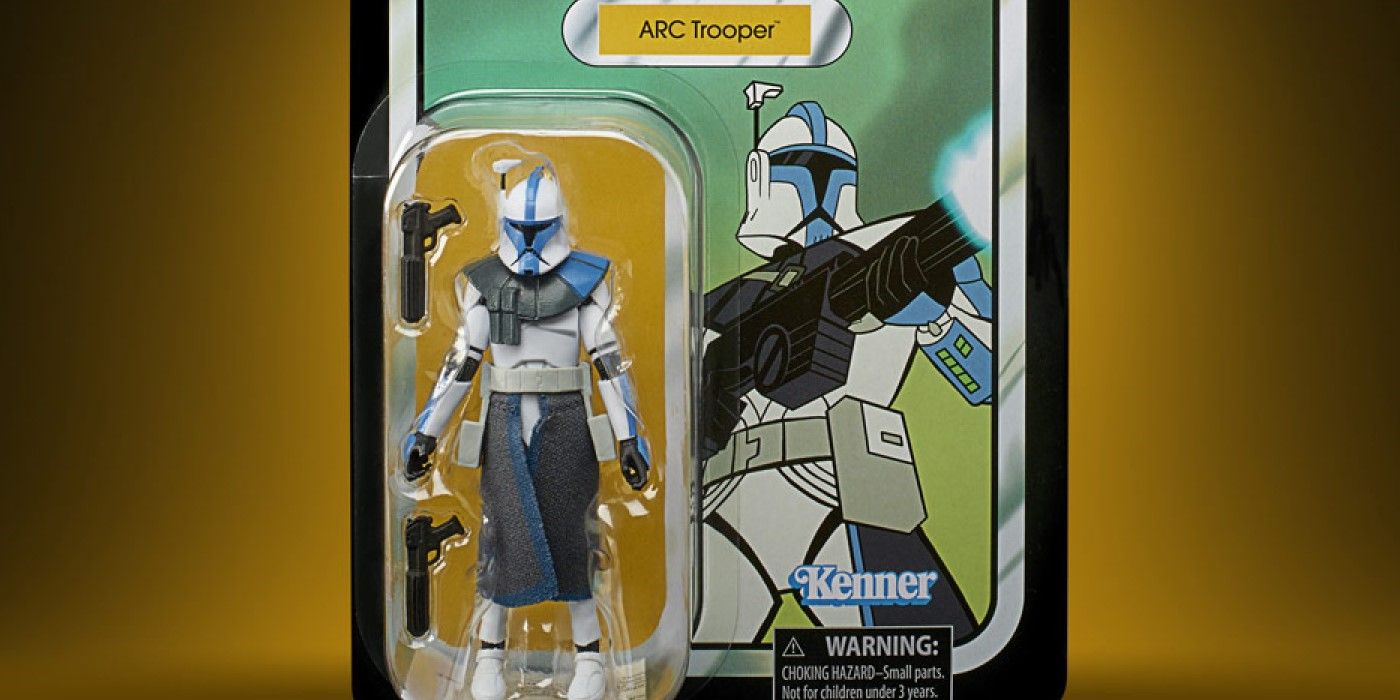 Star Wars: Black Series figures are among one of the most lauded series of collectibles on the market, and now, the collection is finally giving Genndy Tartakovsky’s Clone Wars 2D micro-series its place in action figure history. Hasbro announced several additions to its Black Series and Star Wars: The Vintage Collection line, celebrating the early 2000s animated series that would inspire the critically acclaimed 2008 series Star Wars: The Clone Wars and introduce fans to classic villains like General Grievous and Asajj Ventress.

Produced, released, and set between Attack of the Clones and Revenge of the Sith, the Clone Wars micro-series was the first of many works that dealt with the Clone Wars, in which the Jedi Council fought mercilessly against the Separatists, secretly controlled by Chancellor Sheev Palpatine — better known as Darth Sidious. Hasbro’s Black Series is celebrating this groundbreaking series with nine new figures: two new ARC Troopers, Mace Windu, General Grievous, Aayla Secura, Luminara Unduli, Barriss Offee, ARC Trooper Captain, and Battle Droid.

Mace Windu, Grievous, and an ARC Trooper will join the Black Series collection, while Aayla, Luminara, Barriss, the ARC Trooper Captain, and the Battle Droid will join the Vintage Collection, along with another version of the ARC Trooper. All nine figures come from existing releases that are being given new looks inspired by the series’ vibrant 2D art style. The packaging for the Vintage Collection figures will incorporate the show’s hand-drawn artwork, while the Black Series package will be a throwback to early 2000s packaging, as consumers would have seen in stores when Clone Wars originally premiered in 2003.

Though critically acclaimed, Clone Wars was erased from the Star Wars canon following the Disney acquisition of Fox, and we’ve never had merch for the show since then, until now. Earlier this year, Disney added the micro-series

These nine new figures join the recent Black Series additions from Star Wars: The Clone Wars, the 2008 series inspired by Tartakovsky’s original, as well as figures from The Bad Batch, the new Clone Wars spin-off currently airing on Disney+. The figures will be available exclusively at Walmart, but sans will have to wait a while for the figures to release, as they won’t go on sale until the spring of 2022. In the meantime, Star Wars fans can currently stream the entirety of the Clone Wars micro-series on Disney+. Check out the first images below:

Alexandra Daddario on Her “Unique” Experience Making ‘Texas Chainsaw 3D’ and the Unforgettable Line, “Do Your Thing, Cuz”

“There’s issues on everything, but these were more severe.”