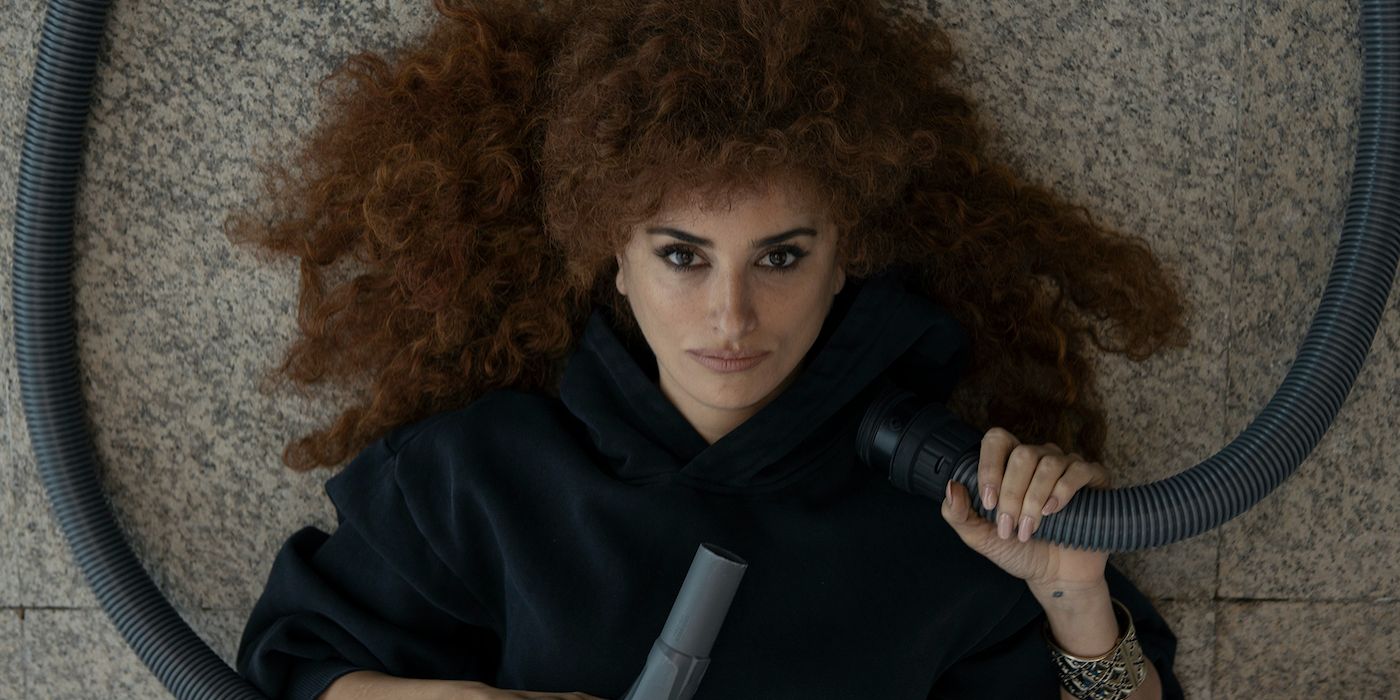 The Mediapro Studio has released the teaser trailer for the comedy Official Competition, starring Penélope Cruz and Antonio Banderas. The trailer centers on filmmaker Lola Cuevas (Cruz), who is hired by a billionaire to make a movie that will be their legacy. To create her masterpiece, Lola will use Hollywood darling Félix Rivero (Banderas) and theater thespian Iván Torres (Oscar Martínez), two actors that apparently hate each other.

Félix and Iván will have to learn to work together while they survive the deranged setpieces imagined by Lola — one of them involving standing still below a colossal rock hanging by a wire. It’s no wonder that Cruz uses the words “pretentious”, “depraved”, and “genius” to describe herself in the new trailer.

Official Competition is directed by Mariano Cohn and Gastón Duprat, a duo of Argentinian filmmakers who previously worked with Martínez in The Distinguished Citizen, which gave Martínez Best Actor prize at Venice in 2016. The movie is written by the directors and Andrés Duprat.

Theatrical distribution will be handled by Buena Vista International in Spain, with Star Distribution handling releases in Latin America. Protagonist Pictures is handling international sales, but no U.S. release date has been announced yet. Check the Official Competition trailer below:

In search of significance and social prestige, a billionaire businessman decides to make a film to leave his mark. To do so, he hires the best: a stellar team formed by famous filmmaker Lola Cuevas and two renowned actors, both enormously talented, but with even bigger egos: the Hollywood actor Félix Rivero and radical theater thespian Iván Torres. Both legends, but not exactly the best of friends. Through a series of increasingly eccentric challenges set by Lola, Felix and Iván must face not only each other, but also their own legacies.

KEEP‌ ‌READING:‌ Antonio Banderas’ Advice for Other Actors Working With Pedro Almodóvar: “Just Go With It”

How This ‘Star Trek: The Next Generation’ Quote Changed the Way I Look At the World

Sometimes you just have to trust in yourself — and Dr. Beverly Crusher.

Whitney Houston Biopic Casts Stanley Tucci as Clive Davis
Tony Nominees Karen Olivo and Adrienne Warren Talk Activism and Broadway
Foundation: Lee Pace on Playing the Emperor of the Galaxy and Why He Loves Speculative Fiction
How to Watch the Foundation TV Series: Where to Stream Online
Ulta Beauty’s Latest Initiative Highlights the Most Influential Voices in Beauty