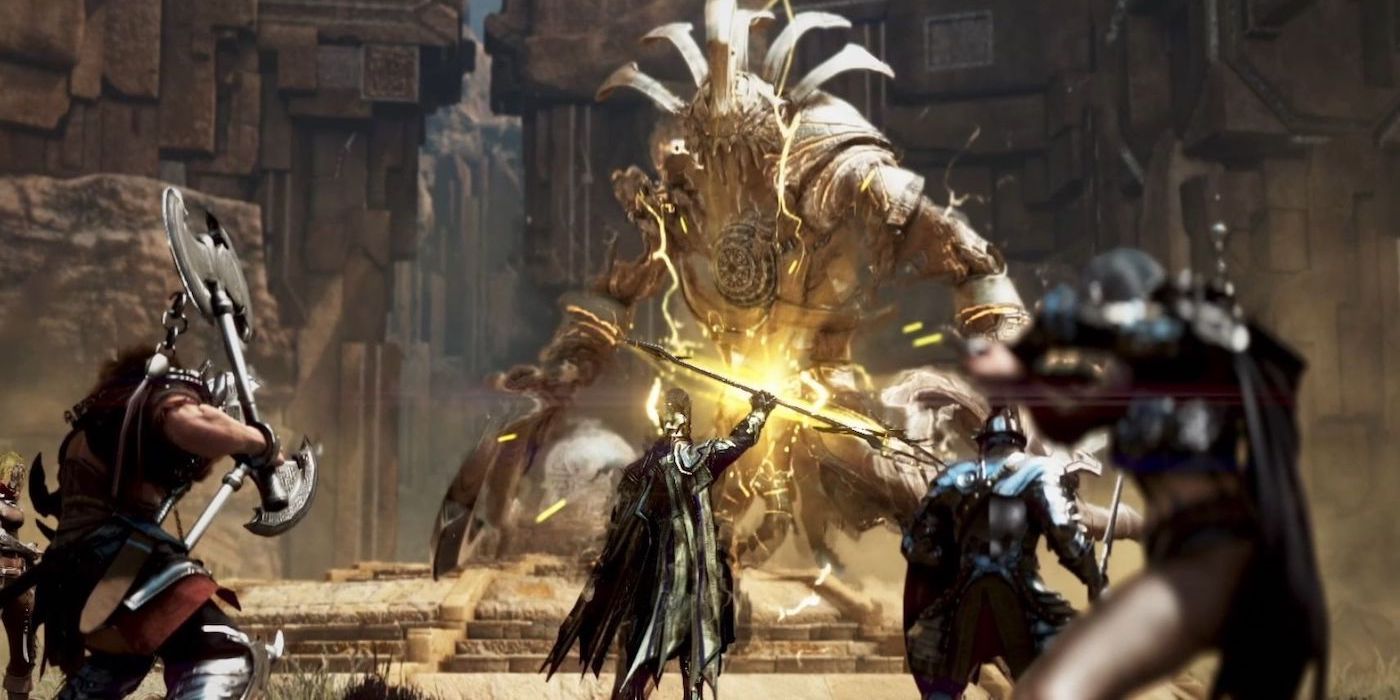 Atoraxxion, the Last Stronghold is out now for Pearl Abyss’s Black Desert Online, marking the game’s first-ever foray into co-op dungeon crawling. This new dungeon requires teamwork in order to solve the puzzles that it offers and conquer the myriad of powerful Ancient Weapons. The first of four planned territories, Vahmalkea, is available to play now with the other areas coming later.

Vahmalkea is a desert stronghold filled to the brim with ancient technology brought to life by the last ancient sage Rux Maha Dehkia, in an effort to stop the Black Spirit. The story of Atoraxxion will follow the sage and her companions’ failed efforts to protect the dungeon, offering a tale of poor cooperation as players work together to progress. While the dungeon looks to be a story-rich experience, Pearl Abyss stated they wanted to give it the classic RPG treatment by adding a series of puzzles for you and your friends to solve in order to progress.

Combat is also a big focus for the dungeon according to the studio. The new Ancient Weapons were designed both to fit the ancient technological feel of Atoraxxion and challenge the player by forcing them to study their enemy for weaknesses. In a developer commentary on the new dungeon, game design director Jeseok Jang stressed the importance of cooperation to combat the enemies in the dungeon, with bosses being sectioned in order to create a focus on strategy.

With Atoraxxion, Pearl Abyss looks to give Black Desert players a deeper dungeon-crawling experience adding layers of complexity to the combat and exploration required to progress. The focus is to make the most of the co-op and force players to work together as a team to avoid the fate of Rux Maha Dehkia’s apprentices. As one final treat, the studio is giving out Twitch Drops to celebrate the dungeon’s launch, including a slew of in-game items and a Game Pass for new players to play for free forever.

Atoraxxion Vahmalkea is available to play now, but if you’re on the fence about Black Desert or the dungeon itself, you can check out the trailer below from June unveiling Vahmalkea.

Tess plays a pivotal role at the beginning of Naughty Dog’s ‘The Last of Us.’