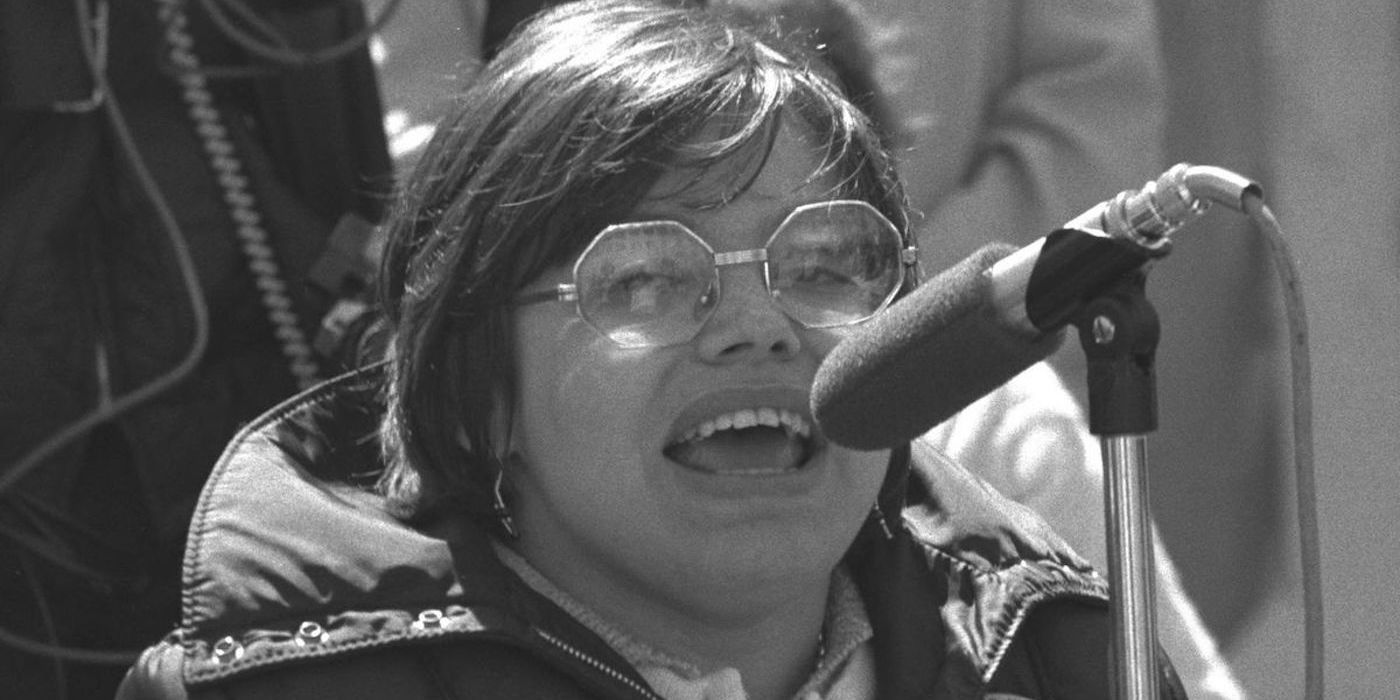 As her Sundance Film Festival darling CODA approaches its release on Apple TV+, Sian Heder has signed onto her next big project. The director is officially attached to adapt the memoir of disability activist Judith Heumann, Being Heumann, into a feature film. According to Deadline, Apple Original Films obtained the rights to adapt the film in a package deal today. Heder is expected to write and direct the film as part of her overall deal with the company.

However, she is not the only name currently attached to the project. Ali Stroker, who became the first performer to both perform on Broadway and win a Tony while using a wheelchair for mobility, is being eyed to portray Heumann in the film. David Permut will help to produce the film with Heder under his company, Permut Productions. Heumann herself will be credited as an executive producer alongside Being Heumann co-author Kristen Joiner.

The film will chart Heumann’s life, from her contraction of polio at five years old to her historic political achievements. Fleming Jr. also reported that the activist’s organization of the famous 504 Sit-In protest of 1977 will be the film’s central focus. This protest, along with her other activist work, was featured in Netflix’s acclaimed documentary Crip Camp.

This adaptation seems to be a perfect fit for all attached.

In her Sundance review of CODA, Perri Nemiroff praised Heder’s direction, saying that it “[highlights] its greatest assets with sensitivity and soul” throughout its runtime. Stroker also seems like an important casting decision. Strides are being made in media to accurately cast and portray disabled people, but progress is still relatively slow. Casting an actress who uses a wheelchair to portray Heumann is important not just for representation, but for historical accuracy as well.

Being Heumann does not have an expected release date. However, CODA will arrive in theaters and on Apple TV+ on August 13th.

Erin is an entertainment journalist and critic anchored by a life-long obsession with movies. She currently serves up news and hot takes with Collider, with her other bylines including Fangoria, Film Cred, and Screen Queens. In her spare time, she can be seen writing short stories or watching obscure horror movies.

Trying to Lose Weight? A Sleep Expert Says Making This 1 Simple Change Is Key
Grab a Mat and Get Ready to Find Your Zen With These 45-Minute Yoga Workouts
TOURISM MARKETING STRATEGIES IN 2021
A Theoretical Day at Epcot with Lightning Lanes & Genie+
Limited Hotel Availability at Disney World for October to December 2021