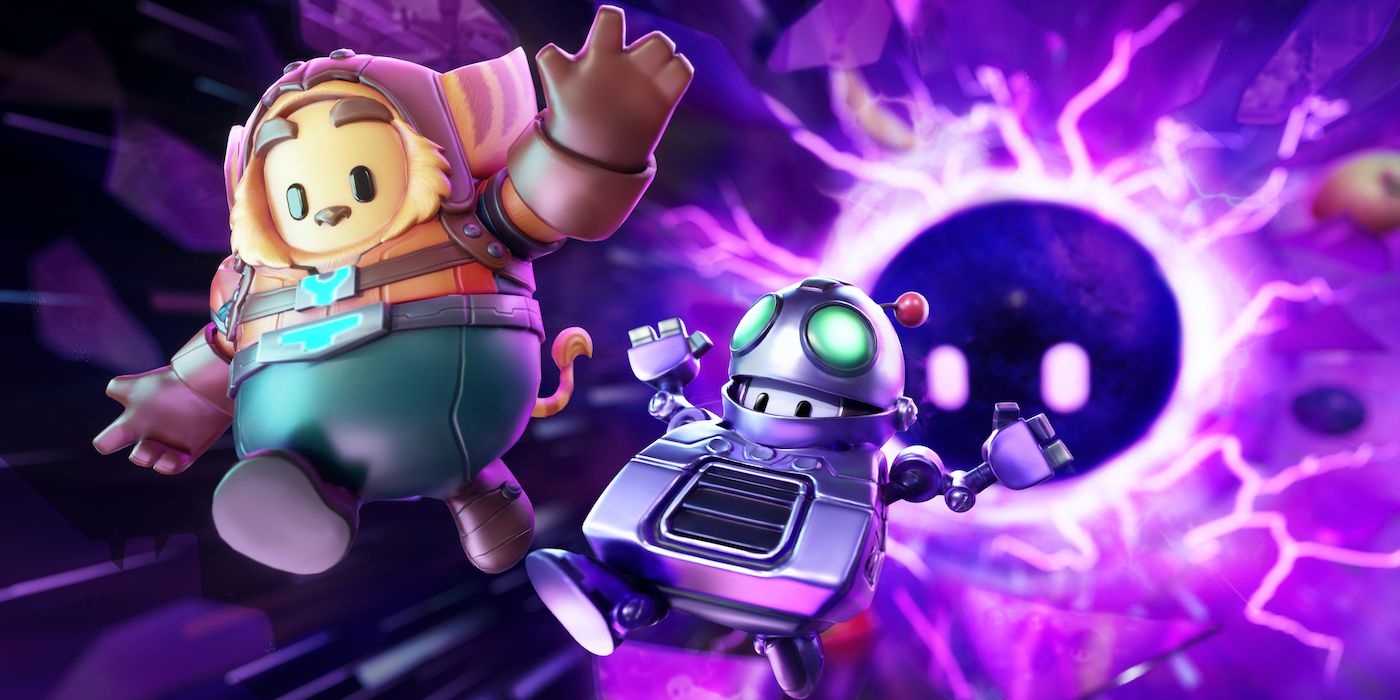 A dimensional rift is opening in Fall Guys: Ultimate Knockout and our favorite dimension-hoppers are coming through to join the Season 5 fun. Yes, Ratchet and Clank are coming to Fall Guys and yes, they will be beans.

The new costumes will be part of a promotional event for their new game Ratchet and Clank: Rift Apart, which will feature not just the duo, but also their interdimensional pal Rivet (though sadly not in costume form). All of the costumes will be part of a brand new Challenges feature in Fall Guys for Season 5, which will give players a new way to earn costumes, patterns, and more. These challenges will be themed around the event and every completed task will give more points toward the rewards for each set.

Coming first through the dimensional rift is the Ratchet event, which will take place from July 26 to August 1. Players will have a brief chance to get their hands on the costume as well as the Lombax pattern, a special Ratchet banner, and an emote based on the Groovitron weapon. After Ratchet leaves, it’s time for Clank to shine starting on August 6 and ending on August 15. The rewards are very similar to Ratchet’s only Clank-themed and including an emote based on his laugh. Finally, for players who participate in both events, a special Rivet banner awaits.

Once the event drops, players will have to act fast to experience the joys of watching the beanified duo getting tossed around Mediatonic’s myriad of levels. The trailer offers a glimpse into the hilarity, showing a bizarre scene of Ratchet avoiding sweeper arms, bouncing on trampolines, shoving past other beans, and being yeeted off course. This may be the pair’s most bizarre adventure yet and that’s against some stiff competition.

Fall Guys pulls no punches when it comes to creating its new crossover costumes and fans of Ratchet and Clank won’t be disappointed. Check out the trailer below and rest assured that no intellectual property you love is truly safe from becoming bean.

KEEP READING: Everything You Love About ‘Breath of the Wild’ First Arrived in ‘Skyward Sword’

Kate Beckinsale Teases the ‘Underworld-Blade’ Crossover That Marvel Passed On

Somewhere in the multi-verse, Blade fought alongside Selene.

What People With Psoriasis Can Learn From the Pandemic
Murders Surged in U.S. in 2020
Rob Zombie Shares The Munsters Movie Images From 1313 Mockingbird Lane
Intermittent Fasting Can Cut Your Risk of Diabetes, Heart Disease
Limited Hotel Availability at Disney World for October to December 2021