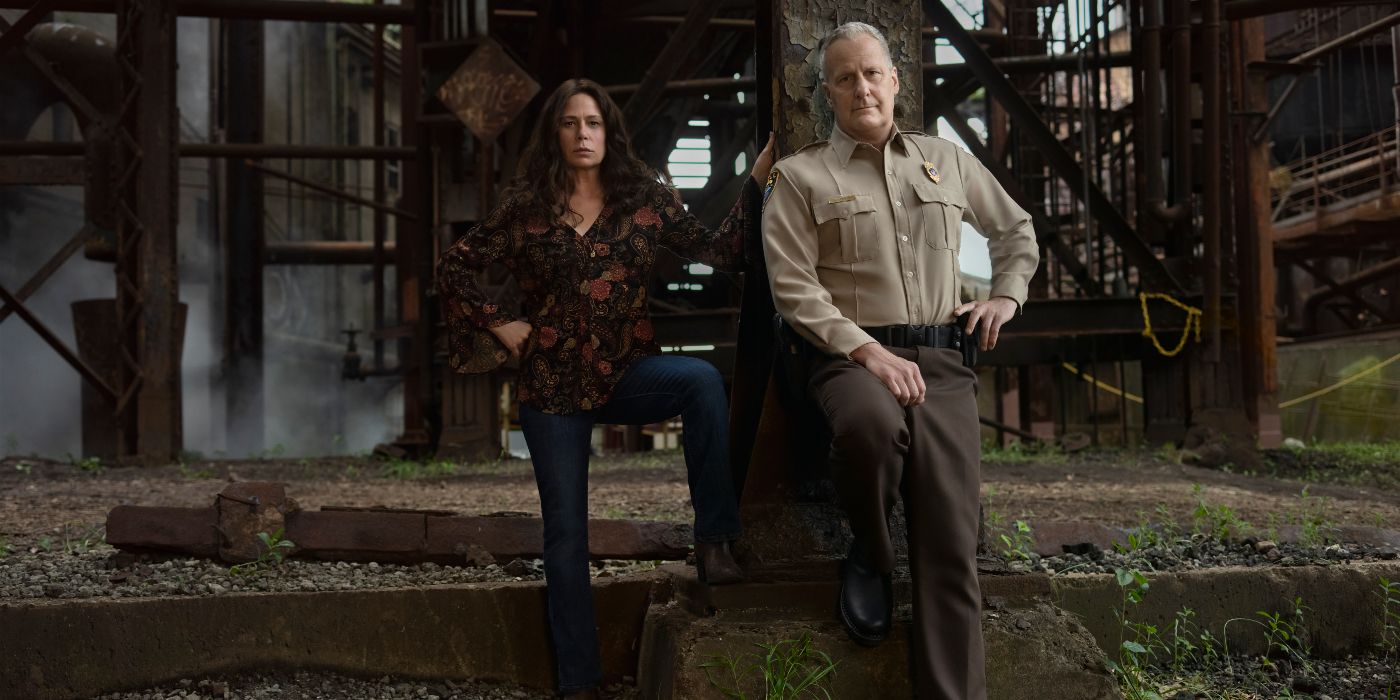 Showtime has released the first full-length trailer for their upcoming drama series American Rust, based on the Philipp Meyer novel of the same name. Pairing Emmy winner and star Jeff Daniels together with Maura Tierney, the nine-episode series will premiere its story of industrial decay and small-town corruption on September 12, exclusively on Showtime.

With the haunting music of Nick Cave’s “Hand of God” as its soundtrack, the trailer follows police chief Del Harris (Daniels) as he struggles to keep his small Pennsylvania Rust Belt town together after a significant tragedy. A death has marred the town, stirring tensions and casting doubt on everyone and everything. Set against the background of industrial steel town decay, American Rust is a story of survival, betrayal, and the lengths people are willing to go, as Harris must decide what he is willing to do to protect the son of Grace (Tierney), the woman he loves, who has been accused of murder.

Meyer’s original novel received much praise at its publishing in 2009. Written in a stream of consciousness style not unlike that of William Faulkner’s The Sound and the Fury, the novel was described as “tense and grim” by outlets like The New York Times, evoking the style of classic novels taught in American classrooms. The Telegraph described American Rust as “a terrifically impressive dissection of loyalty and honour,” and it would go on to win the 2009 Los Angeles Times Book Prize for First Fiction. Showtime’s adaptation of the work is the second attempt at bringing the murder mystery to television, after a failed pilot was scrapped by USA Networks.

American Rust will premiere exclusively on Showtime on September 12 at 10 PM ET/7 PM PT. Watch the full trailer below:

Here’s what the first round of critics and journalists had to say.