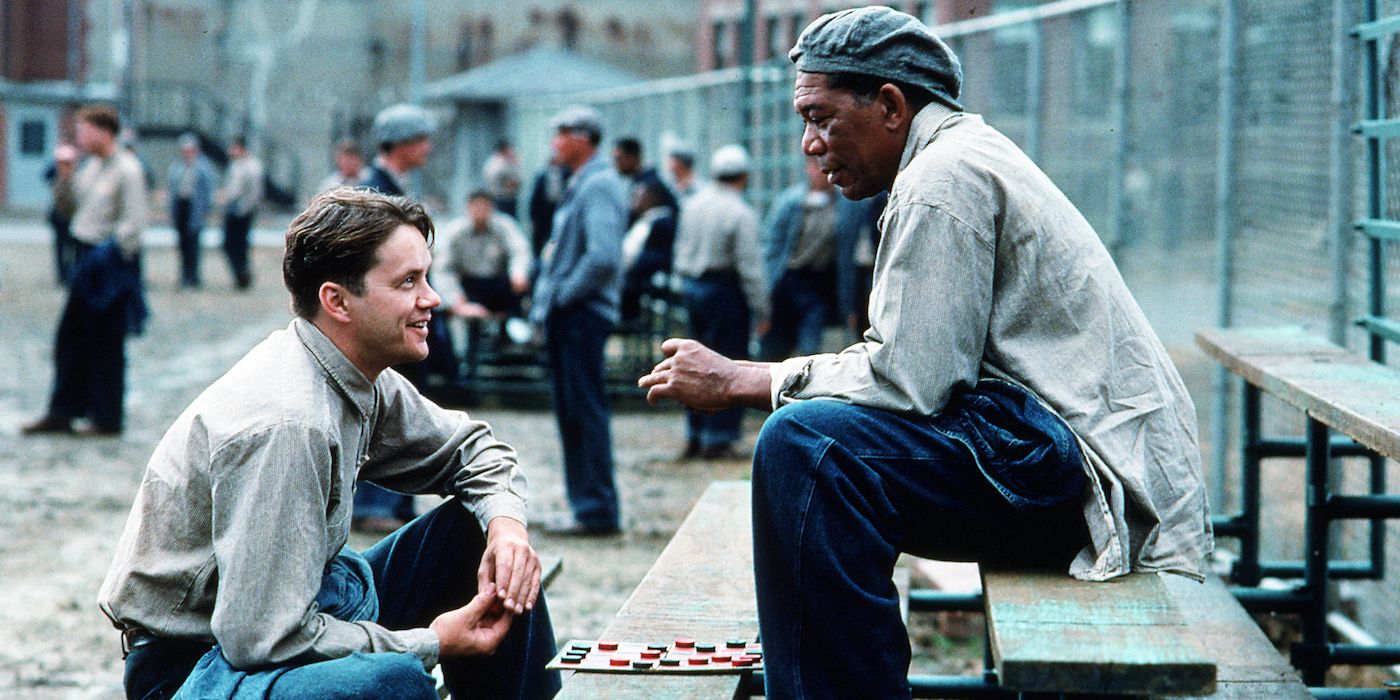 The Shawshank Redemption, the beloved 1994 prison drama, is finally coming to 4K Ultra HD. Based on Stephen King‘s 1982 novella, “Rita Hayworth and the Shawshank Redemption,” the script was adapted by Frank Darabont, who also made his directorial debut with the film. The story follows Andy Dufresne (Tim Robbins), a man serving two life sentences at Shawshank State Prison. He befriends Ellis “Red” Redding (Morgan Freeman), another lifer who specializes in procuring contraband for his fellow inmates. The two form an unlikely bond in the face of an unjust system, even as Andy harbors a secret plan.

The new 4K Ultra HD edition will be available both digitally and as a UHD Blu-Ray combo pack. The Blu-Ray disc is packed with special features, including original featurettes and in-depth looks at the storyboards for two pivotal scenes: “Bogs Takes a Fall,” and “New Fish Arrive.” But the highlight of the special features might just be the commentary track with Darabont. Between adapting the script himself and coaxing such iconic performances out of his cast (not to mention working closely with legendary cinematographer Roger Deakins), Darabont is sure to have fascinating behind-the-scenes insights.

The announcement arrives during an exciting time for Stephen King fans, with countless adaptations recently released and on the way. Hulu’s Castle Rock, HBO’s The Outsider, and CBS’s The Stand are all recent standouts, but that’s hardly the end of the list. Apple TV+ scored a recent hit with Lisey’s Story, which King adapted from his 2006 novel of the same name; Chapelwaite, Epix’s adaptation of King’s 1978 short story, Jerusalem’s Lot, is due August 22; and filming for Blumhouse’s Firestarter is already underway. Adaptations of The Running Man and The Talisman are also in development. Even beloved older King films are sharing the love, with Rob Reiner‘s 1990 adaptation of Misery also getting the 4K Ultra HD treatment on October 22. The Shawshank Redemption is clearly in good company.

The Shawshank Redemption will release on Ultra HD Blu-ray Combo Pack and Digital on September 14. Check out the full list of special features and the cover for the release below.

‘Rick and Morty’ Season 5 Episode 6 Recap: The Cracks Are Beginning to Show

I turned myself into a turkey, Morty! I’m Turkey Rick!

James DeMonaco on This is the Night and The Purge 6 with Frank Grillo
I Tried a $210 Eye Serum—Here’s What Happened
Psychiatrist Posts Vulnerable TikTok Video of Herself Having a Panic Attack, Shares 3 Tips That Stopped It
Dragons Rescue Riders: Heroes of the Sky Animated Show Gets Release Date at Peacock
Kate Middleton Put a Regal Spin on a Tennis Skirt and White Sneakers to Meet Emma Raducanu