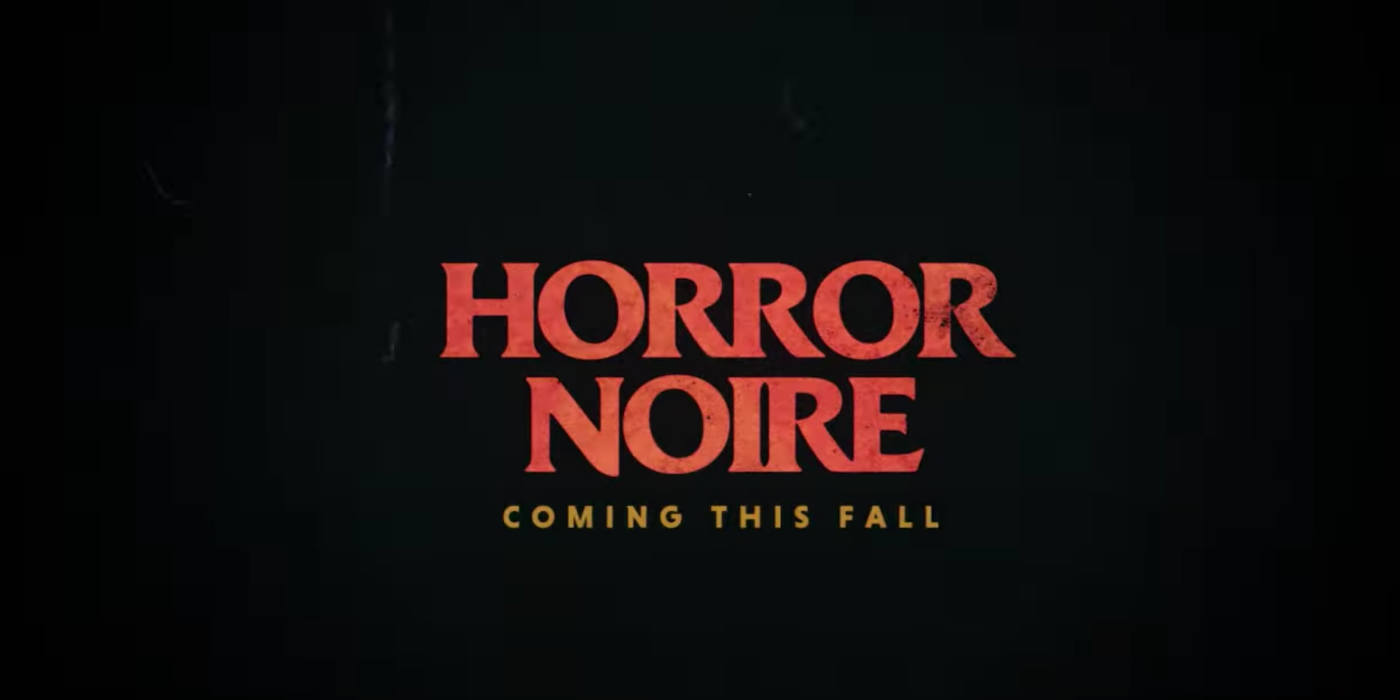 With their new teaser, Shudder revealed the incredible writers and stories we can expect from their upcoming anthology film Horror Noire, which will premiere this October. Horror Noire is a follow-up to their acclaimed 2019 documentary, Horror Noire: A History of Black Horror. Adapted from the 2011 book by Robin R. Means Coleman, the film examines the relationship between the horror genre and Black history, and featured interviews with several prominent Black creatives like Jordan Peele.

The upcoming film presents new narratives from Black creatives, which are teased in this first trailer. The teaser only consists of haunting images and snippets of dialogue from the film, in tandem with the title of the story and its writer. The first story teased is “Sundown” by Al Letson, which featured a backdrop of vampire teeth and a voiceover stating, “It’s a blood moon tonight. That’s when they’re going to feast on the chosen sacrifices.” The second story is “Bride Before You” by Shernold Edwards, which showcases a black widow spider — enough of an implication for audiences to get the hint of this plotline.

The third story will be “Brand of Evil” by Ezra Claytan Daniels, and I found this image to be the creepiest, which displayed a faceless demon with wings and glowing white eyes. The brief voiceover didn’t offer much help in identifying what the story could be, as it said, “How could you sell your soul to the devil like that?” The fourth story is called “Fugue State” by Steven Barnes and Tananarive Due, and flashed a burning barn in the distance. The fifth story will also be written by Barnes and Due, entitled “The Lake.” The sixth and final story is called “Daddy” by Victor LaValle, revealing an open hand with the voiceover claiming, “You start a good man, but there’s so many ways you could go bad.”

The stories and the small glimpses we see indicate that there will most likely be a good mixture of classic horror narratives like a lakeside monster, as well as deep meditations on Black identity. Letson is an Emmy Award-winner for Reveal from The Center for Investigative Reporting. Edwards is an established TV writer and producer who has worked on projects like Haven, Sleepy Hollow, Anne with an E, and All Rise. Daniels is a writer on HBO Max’s Doom Patrol, as well as the author of the popular graphic novel BTTM FDRS. Barnes has written for numerous series as well as several novels, and his achievements include an Emmy Award and a nomination for a Hugo Award. He is married to Due, who is a film historian and professor, and has published several novels and short stories herself. Finally, LaValle is a popular novelist as well, who is the author of the highly underrated 2017 horror book “The Changeling.” This huge amount of talent promises an incredible experience, as well as a solid follow-up to the documentary of the same name.

Horror Noire will premiere on Shudder and AMC+ on October 14. Check out the teaser below.

The newly-named series comes to Hulu in September.