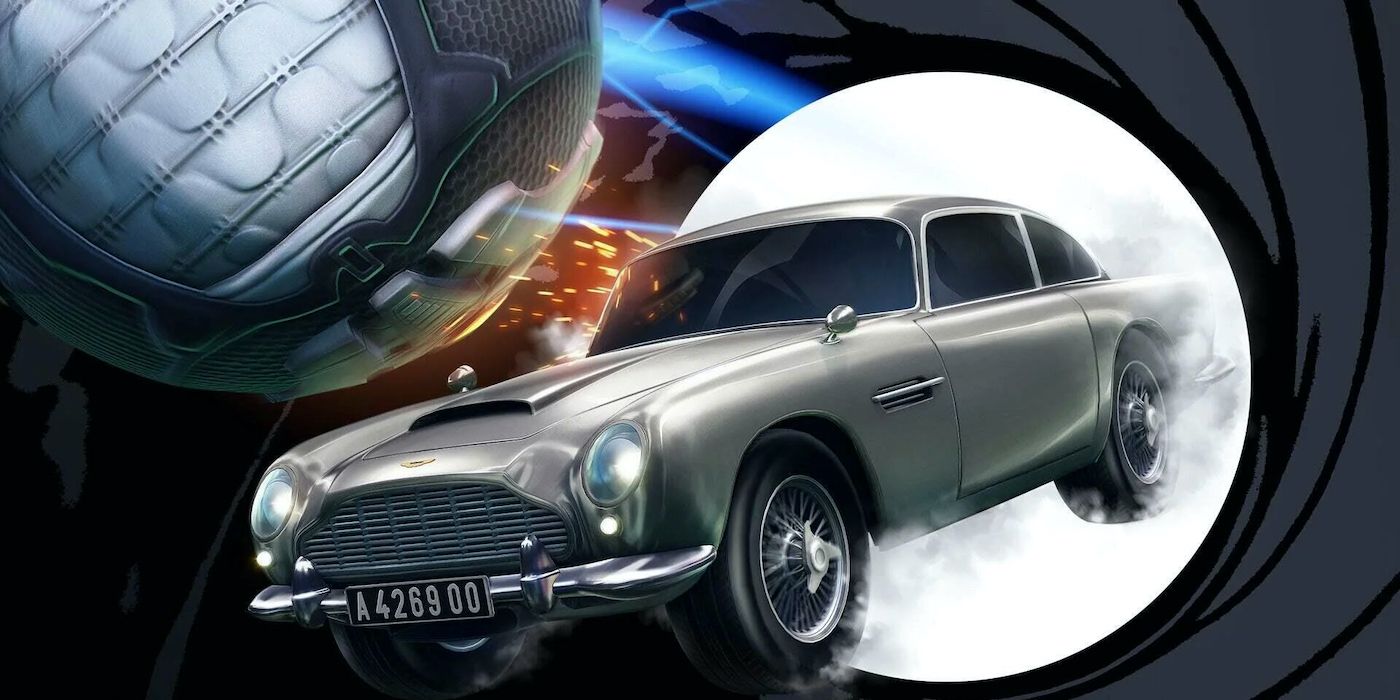 Psyonix, MGM, and Aston Martin have come together to build the perfect Rocket League Soccar vehicle for an international super spy. Equipped with some rocket boosters and a multi-year collaborative deal between the companies, they’re introducing James Bond’s iconic Aston Martin DB5 into the game from July 29 to August 4.

The car has been tied to 007 since 1964’s Goldfinger and is set to appear in the latest film No Time to Die, which comes out in October. While it’s often filled with unique gadgets to help Bond out in a pinch, this iteration of the automobile is, sadly, only outfitted to play Soccar. You’re not able to eject yourself from the vehicle in a dramatic fashion or blast opposing players with water canons, but you can moonlight as an international man of mystery, so that’s something.

RELATED: Is ‘Rocket League’ Still Good? A Look at the Game’s Popularity in 2021

This is only the first part of Psyonix’s multi-year deal to bring 007 into the world of Rocket League, implying more of the agent’s signature rides will make an appearance in the future. It wouldn’t be the first time that the game crossed over with another iconic franchise for a series of new vehicles. Last month, they teamed up with the Fast & Furious franchise to celebrate the release of F9 with three cars from throughout the franchise.

Per a press release from Psyonix, the Aston Martin DB5 will cost 1,100 credits in the item shop. Here’s what they had to say about the new content in a blog post on their site:

Get ready to jump into the driver’s seat of the iconic car driven by James Bond himself! The Rocket League pitch will be shaken, maybe even stirred, by the arrival of the famous 1963 Aston Martin DB5 on July 29. Q has been hard at work in the lab developing the perfect vehicle for Soccar. The Aston Martin DB5 has been outfitted with rocket boost and an Octane hitbox, and is now ready to go airborne and score goals. 007’s Aston Martin DB5 comes with the signature Silver Birch Paint Finish that resembles the original color of the Aston Martin, one-of-a-kind Engine Audio, 007’s Aston Martin DB5 Wheels, and a Reel Life Decal.

The iconic Aston Martin DB 5 will only be available for a very limited time. Check out the trailer below for a look at the vehicle in action.