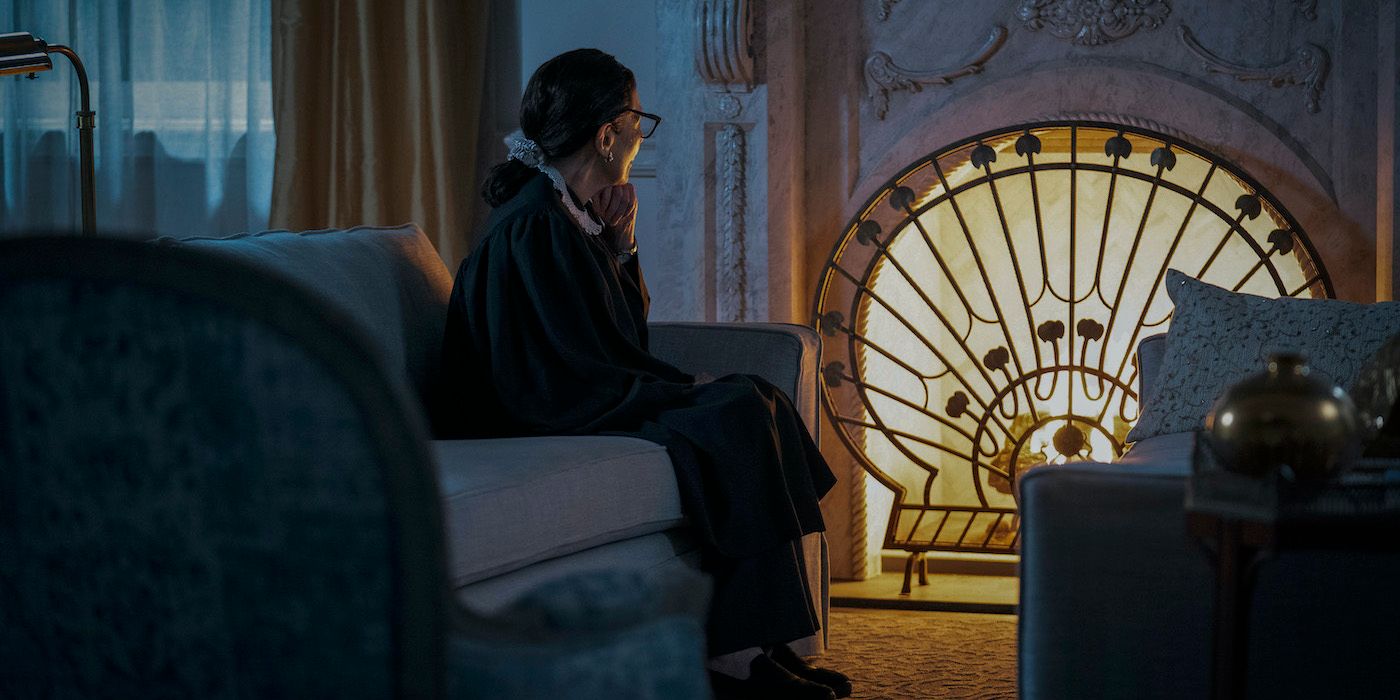 In the newest episode of The Good Fight, Paramount+’s successful spin-off of The Good Wife, Elaine May guest stars as the late Supreme Court Justice Ruth Bader Ginsburg and gave Diane (Christine Baranski) some much-needed advice. Sadly, the plot of the episode does not center around an alternate reality in which RBG is still alive and saving the country from itself via the power of the highest court in the land. But it promises to be an entertaining one nonetheless.

Unfortunately, all is not well for Dianne at Reddick/Lockhart right now. She’s stuck in the middle of a crossroads, and not quite sure what to do. Thankfully, the spirit of the iconic supreme court justice visits her in a dream to give her some words of wisdom that will help her make a decision. RBG is played by May, the iconic comedian, director, actor, and writer who directed 1972’s The Heartbreak Kid, co-wrote Reds, Tootsie, and Labyrinth, and wrote, directed, and starred in 1971’s A New Leaf.

The Good Fight has been on the air since 2017, quickly picking up where The Good Wife left off after the series wrapped up in 2016. In the original series, Diane had a mentor-esque relationship with the main protagonist Alicia Florrick (Julianna Margulies) in which she would often give her vague advice to help her be a better lawyer without holding her hand. And it looks like the spirit of RBG is going to play a similar role for her in the upcoming episode “And the Two Partners Had a Fight…”.

This special episode all previous episodes of The Good Fight are streaming now on Paramount+. Check out more images of May as Ginsburg below.

‘The Flash’ Crew Member Injured During Filming in Scotland

COVID isn’t the only problem productions are facing.

Dogs React to Psoriasis, Other Conditions
Kylie Jenner Posed in an All Black Maternity Outfit: ‘I Really Popped’
Intervening in Infancy Might Help Prevent Some Cases of Autism
Foundation Review: Apple TV+ Asimov Show Delivers Heart, Hard Sci-Fi
No Time to Die Gets IMAX Premiere in Germany on Largest Screen Ever