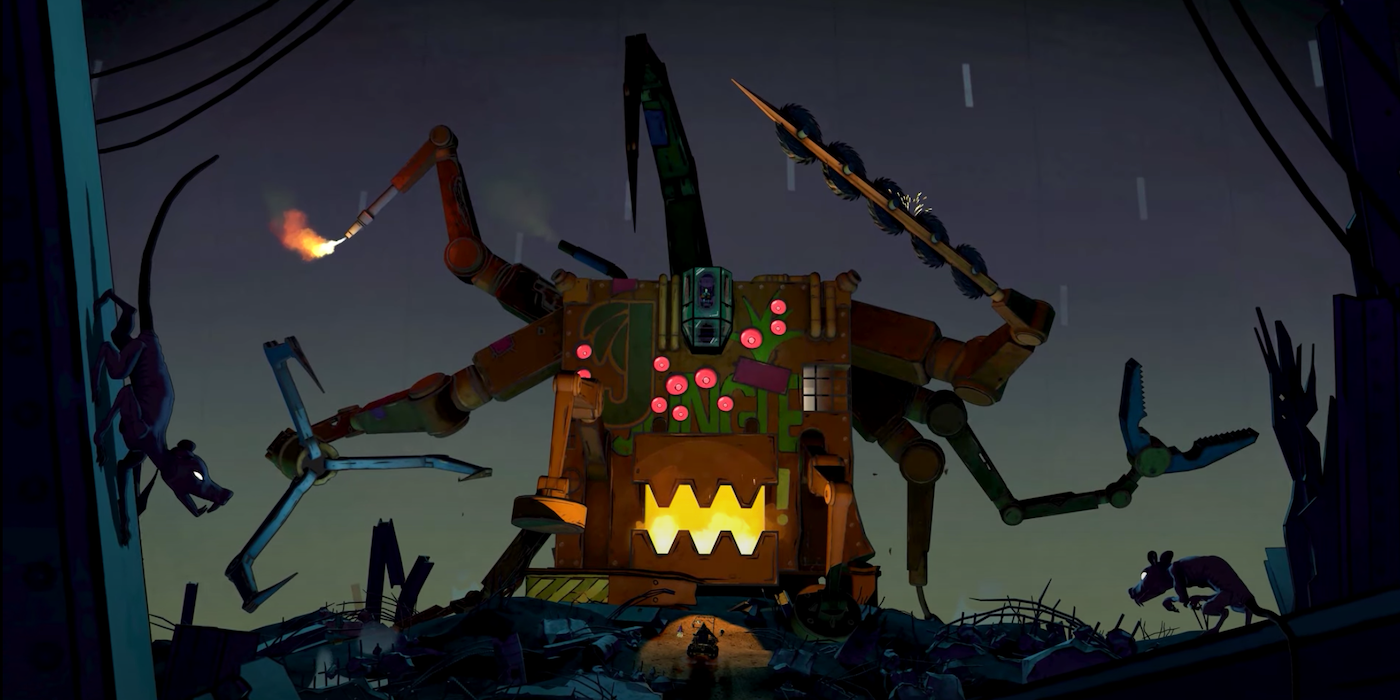 Times really are a-changing, because The Last Worker just became a video game nominated for a Golden Lion during the 78th Venice International Film Festival. The Last Worker will compete in the VR Expanded category and could potentially win an award in one of the most prestigious film festivals.

The VR Expanded is a Venice sidebar dedicated to virtual reality projects, a tool commonly associated with video games. Even so, from the 37 projects which will be presented, 23 of them competing for a Golden Lion, The Last Worker is the only video game. This indeed is a curious event, especially since The Last Worker has been developed in absolute secrecy.

Written and directed by Jörg Tittel, The Last Worker is developed by Oiffy and Wolf & Wood, and published by Wired Productions. The concept arts that defined The Last Worker visuals were drawn by comic book artist Mick McMahon, known for his work in series such as Judge Dredd and ABC Warriors. There’s also an “all-star cast” involved with the project, although Wired Productions claims their names will only be announced in early September to coincide with the game’s premiere Venice.

The Last Worker is an intriguing project that promises to offer a first-person narrative adventure that’s also a work simulation, a discussion about labor in modern society, and a stealth game. The first chapter of the game will be accessible exclusively to the jury and accredited festival guests on Oculus Quest during the 78th Venice International Film Festival, held from September 1 to 11.

The Last Worker is expected to be released in 2022. The game will be available on PC, Xbox Series S|X, PlayStation 5, Nintendo Switch, and Oculus. Check the teaser for the nomination announcement below:

Here is the official synopsis for The Last Worker:

Releasing on all platforms in 2022, The Last Worker is a narrative adventure centered around our struggle in an increasingly automated and dehumanizing world. Set in a lonely, oppressive but strangely beautiful environment, The Last Worker is a unique blend of first-person narrative, work simulation, and stealth strategy gameplay. Combining a hand-crafted art style with uniquely immersive gameplay mechanics in an epic setting, the game delivers an emotional, thought-provoking, and comedic story with rich characters performed by an all-star cast.