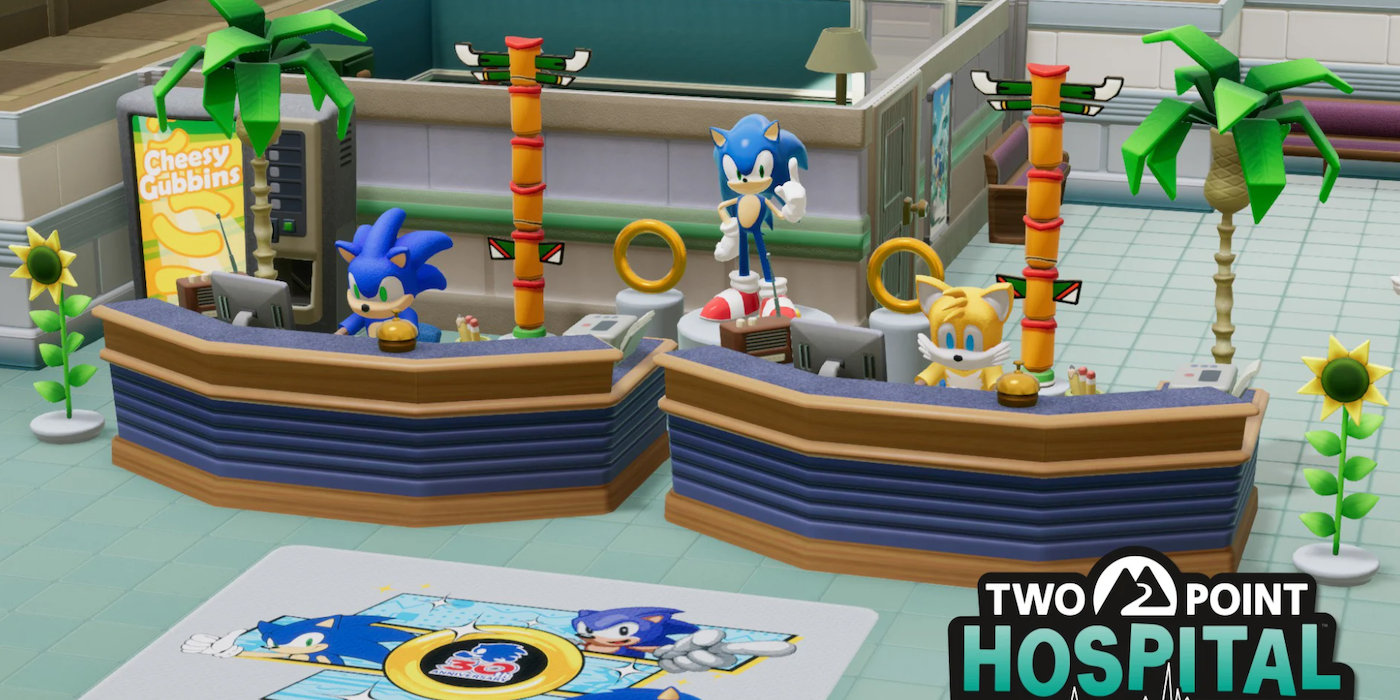 Looks like everyone’s favorite hedgehog and his friends have made their way to Two Point Hospital. The game has released a free DLC released on July 30 as Sega’s way to commemorate the 30th anniversary of the Sonic the Hedgehog franchise.

A spiritual successor to the 1997 game, Theme Hospital, Two Point Hospital is a single-player/multiplayer business simulation game developed by Two Point Studios and published by Sega. The gameplay is relatively simple, as players serve as the manager of a hospital and are responsible for constructing and improving the building, as well as tending to the needs of patients and staff. These tasks take several forms, from satisfying the hunger and thirst of patients to building rooms, reception desks, cafes, and more for staff members.

The overall comedic tone of the game offers a refreshing aspect to the gameplay. Players can work to cure the most ridiculous and funny illnesses with examples being “light-headedness,” which means a patient has a lightbulb for a head, and “mock star,” an illness where patients impersonate Freddie Mercury. There is also the matter of star ratings and hospital levels that determine whether players may open another hospital or if they need to complete more goals to increase the rating of the hospital they already have.

With the new crossover Sonic the Hedgehog DLC, players can now incorporate themed items, such as providing Sonic, Amy, Knuckles, and Tails costumes for staff, a Sonic statue, decorative rugs, and giant gold rings to deck out hospitals in hilarious ways that’s certainly a way to spruce up some comical hospital chaos, for sure.

Two Point Hospital is currently available for Steam, Nintendo Switch, PlayStation 4, and Xbox One. Check out the announcement trailer below.

What Happened to Bruce Willis?

What factors led to Bruce Willis becoming a fixture of direct-to-video dreck?

Radiation Therapy for Breast Cancer May Have Long-Term Heart Risks
This Is The Exact Lipstick Meghan Markle Wore On The Cover Of Time
Hardball Blu-ray Review: How the Keanu Reeves Sports Drama Holds Up
Still Processing the Squid Game Ending? So Are We.
Beast Kickstarter Preview