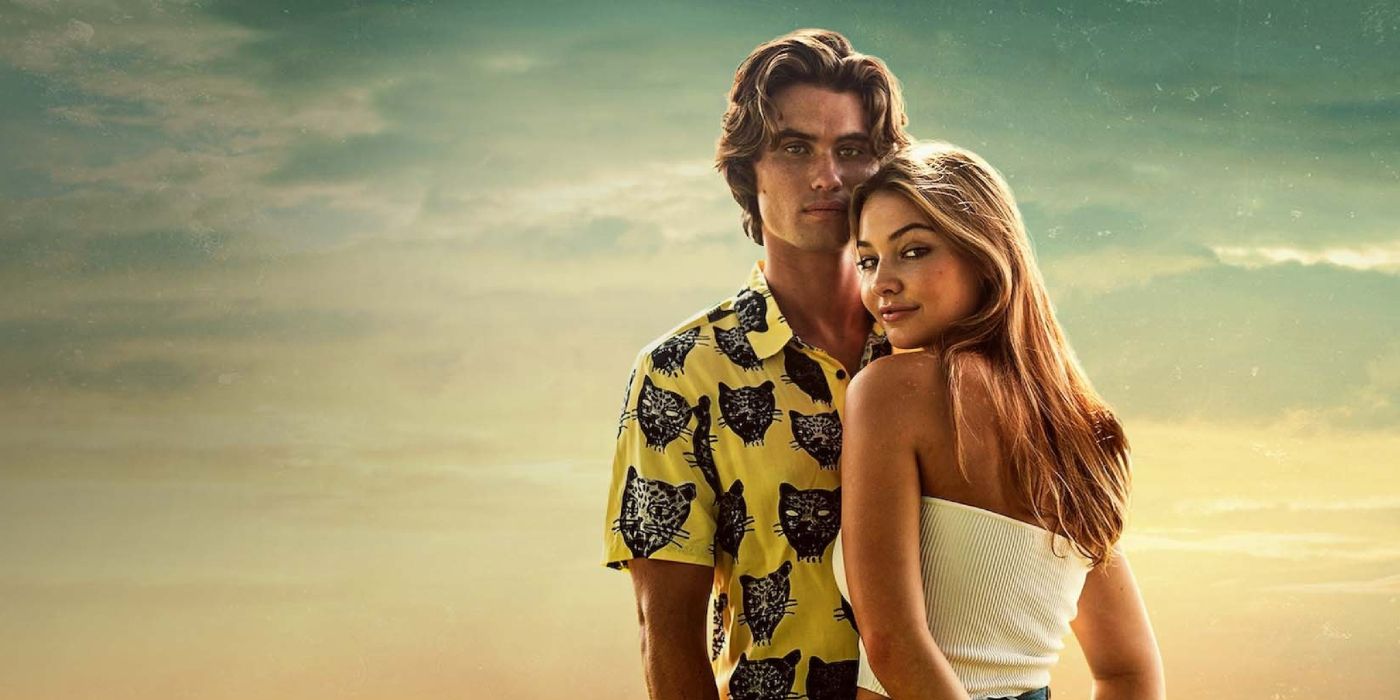 It is no secret that Netflix helped keep us occupied during the last year of lockdowns with the release of some attention-gripping shows. One of the highlights has got to be the new breakout hit teen drama series, Outer Banks. Set in North Carolina, John B. (Chase Stokes) is convinced that his father’s disappearance isn’t just an accident. The more he and his friends (called the “Pogues”) dig deep into the sea to find the root of it all, the more they notice that they aren’t the only ones looking for the riches within the Royal Merchant. Season 1 was an absolute success on the streaming platform, which led to the series renewal for Season 2 in late July 2020.

Since the wait for more adventures, social class disputes, and romances in the air is almost over, we have gathered all the info that you need to remember before proceeding with your Outer Banks Season 2 binge. Here is everything you must know about the rivalry between the Pogues and the Kooks, all the clues that were already unveiled, a breakdown of Season 1’s ending and all the hints about what is to come.

[Editor’s note: The following contains spoilers through the Season 1 finale of Outer Banks, “The Phantom.”]

From the start, we are aware that there are two sides to living in the Outer Banks. You are either part of the elite, better known as the Kooks, or you stand with the working class, the Pogues. It is evident that the Kooks are always able to get away from trouble through their luxurious lifestyle, but the same cannot be said about the Pogues. It seems like they pay the price for all the disruption between the groups, since they aren’t nearly as wealthy and well-established. Jon B., J.J. (Rudy Pankow), Pope (Jonathan Daviss), and Kiara (Madison Bailey) are all part of the Pogues, and they surely face the odds at all times. An evident moment was when Pope got beat up by Topper (Austin North) and Rafe (Drew Starkey) on the golf course and they didn’t get any punishment for it. Meanwhile, when Pope sinks Topper’s ship as payback, he is almost sent to juvenile prison.

Amongst these two groups, there are two characters who were born privileged, but time and time again struggle to identify themselves as Kooks. For instance, Kiara, a.k.a Ki, is the daughter of a wealthy restaurant owner, but she still prefers hanging out with the teens from the wrong side of the island (also known as the Cut). The same can be said about the dirty blonde “princess” Sarah Cameron (Madelyn Cline). Born and raised in Figure Eight territory, Sarah started off dating Topper and mingling with other people from her crew, but once she joins John B. on a getaway to search for the documents that belonged to the previous owner of her extremely expensive property, Sarah not only falls for John B., but notices that she feels more at ease with the Pogues than the Kooks.

RELATED: Here Are All the Best Shows on Netflix Right Now

Setting aside the impending rivalry between the Pogues and the Kooks, the core storyline in the series is Jon B’s motivation to find out what happened to his father gone missing. While he tries to evade foster care and the cops, Jon B. carries on with his father’s mission of searching for the Royal Merchant, a historical ship that is the source of a 400-million-dollar treasure. However, John B. and his gang quickly discover that there is a lot of danger involved in this mission, since many people are also urging to crack the code.

There was a lot of background info that was revealed about the Royal Merchant during Season 1. Everyone on the island is aware of its existence and the amount of gold that they believe was sunk together with the ship. After a hurricane hits the island, Jon. B. and his friends bump into a wrecked boat that belonged to a man named Scooter, and in it, they find a compass with the word “Redfield” engraved with Big John’s handwriting. The compass was enough of a sign for the Pogues to suspect the involvement with the Royal Merchant. “Redfield” (which is Jon B’s great-great grandmother’s last name) also leads the group to the documents that displayed the location where the ship sank. The clue leads them to locate the Royal Merchant itself, but to their surprise, the gold isn’t in it.

This might mean either that someone already took it away, or that the story isn’t real. Yet, Jon B. perseveres with the investigation by joining forces with Sarah Cameron, a nemesis that rapidly becomes his love interest. Together, they find out that there was a Royal Merchant survivor (Denmark Tanney), who was a slave that used the gold to pay for his freedom and bought various pieces of land to build his cotton empire. The place he owned was coincidently Sarah’s household. A trip to Chapel Hill leads them to find a letter that Tanney wrote to his son on the day of his execution. After the content of the letter is translated by Jon B.’s history teacher, the Pogues hunt down the gold and eventually find it underneath the house of a sinister woman.

They get a hold of the treasure, but not for long! Ward (Charles Esten), Sarah’s father, overhears a conversation between his daughter and John B. He then invites John B. to a fishing trip and threatens him to hand over the treasure. Ward even shares that he knew about Big John’s compass, which instantly made him a suspect behind Big John’s disappearance. Despite the fact that John B. was able to get away from the boat before Ward could do him any harm, the Pogues aren’t able to get to the gold on time. By then, Ward had everything packed in an airplane ready to fly to the Bahamas. John B. attempts to block the plane from flying, but Rafe kills Sheriff Peterkin (Adina Porter) before she was able to arrest Ward. In the end, the gold slips away once again from the Pogue’s possession.

What Happened to John B.’s Father?

Episode 8 brings to light the mystery that John B. was longing to uncover. When he meets Scooter’s wife, she tells him the back story behind Big John’s sudden disappearance. According to her, Ward had joined Big John’s mission to find the Royal Merchant and provided the equipment necessary for a successful search. However, Big John didn’t think it was fair for Ward to stay with 50 percent of the gold, given that he developed the research by himself for ages. They started fighting with one another and Big John accidentally fell and bumped his head on the ground. Ward just threw him into the ocean, leaving him to die.

Following this incident, Ward convinced Scooter to look for the Royal Merchant, which eventually led to his death. However, before that happened, Scooter found Big John’s body on a nearby island. This means that Big John only died later on and not right after his fight with Ward.

Once Ward tells everyone that John B. killed Sheriff Peterkin, the young Pogue becomes a sought-after fugitive. And he isn’t the only one who ran away. Sarah decides to flee from Ward’s plan to go to the Bahamas and joins John B. Both of them try to evade the police on a boat, and they continue on towards the storm. This leads everyone to think that they died in the maelstrom. But as expected, they do survive, and are able to hop into another boat that is coincidentally headed to the Bahamas.

What Is There to Know About Season 2?

Now that Sarah and John B. are fugitives in the Bahamas, they must face all the obstacles to get to the gold again. According to the Season 2 trailer, Raff and Ward have the gold locked up in a safe. While Sarah and John B. continue on with their mission, the rest of the Pogues decide to look for them. It sure seems like a lot of action is on the horizon, but to find out what other twists and turns Outer Banks Season 2 has in store, we’ll just have to watch.

KEEP READING: The 7 Best New Shows on Netflix in July 2021

‘The Green Knight’ Ending Explained: The Value of Honor

Let’s delve into the conclusion of David Lowery’s adaptation of the Arthurian legend.

Isabella Soares is a Freelance Resource Writer for Collider. She is passionate about teen dramas, Glee, and simply anything with a plot twist. Isabella is also an Associate Reporter for the Association of Foreign Press Correspondents U.S.A. Aside from Collider, Isabella has been featured in Stylus Magazine, the Winnipeg Free Press, and Empoword Journalism.

Be in with a chance of winning one of 10 Metroid Dread accessory bundles with My Nintendo Store!
13 Shows Like Ted Lasso to Watch While We Wait for New Episodes
Hawkeye: Release Date, Trailer, Cast & Everything We Know So Far
Midnight Mass Boat Scene: Zach Gilford Explains Riley’s Motivation
How Breast Cancer Really Affects Your Sex Life: Your Questions Answered