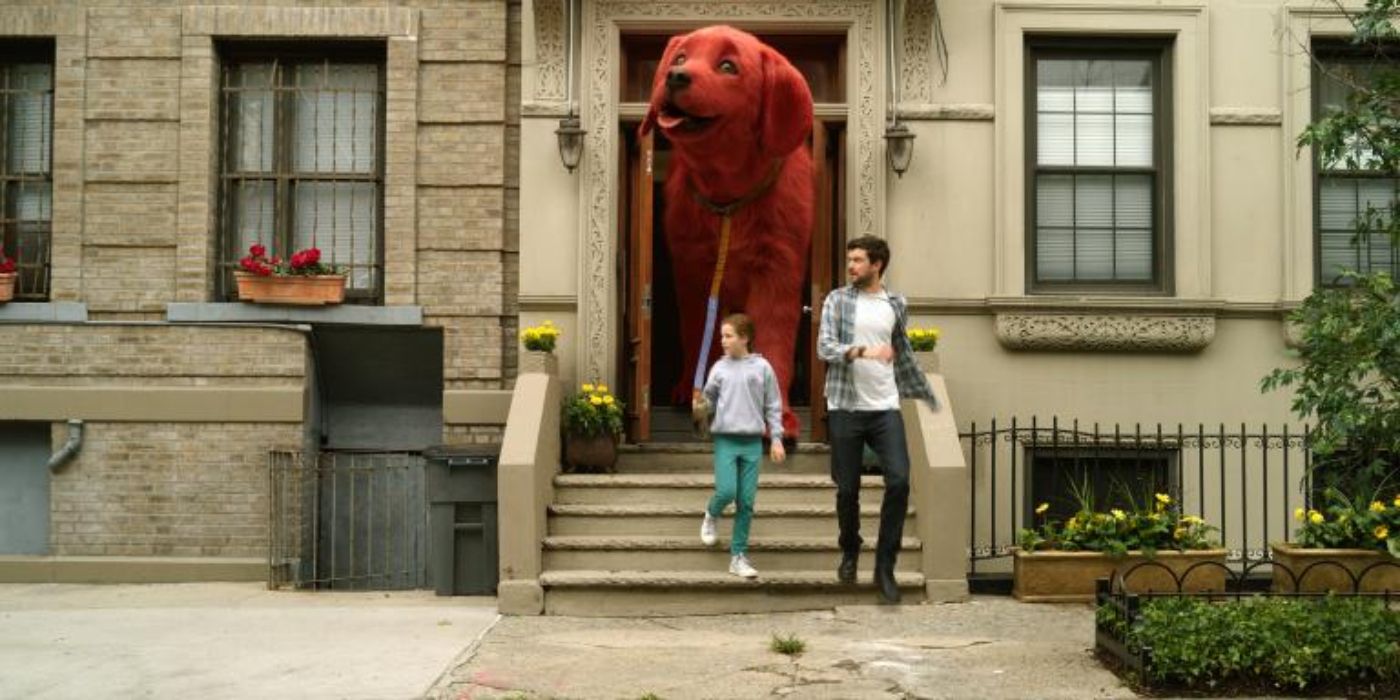 Sadly, Clifford The Big Red Dog fans aren’t going to be enjoying the live-action/CGI film in theaters anytime soon. Due to a resurgence of Covid infections in the US (largely due to the new Delta variant and insufficient vaccination rates), and families being less open to the idea of going to movie theaters, decision-makers at Paramount Pictures believe that increased precautionary measures and theater shutdowns will prevent the movie from performing well at the box office.

It’s an unfortunate setback, but the safety of children and families – and keeping them healthy and alive so that they can come back and see more Paramount movies in the future – is of primary concern.

The movie was previously slated for a September 17 release date. As of this writing, it is unsure when the movie will get its full theatrical release. It also doesn’t seem as though Paramount is willing to consider an online release. The film was previously on the docket for the Toronto Film Festival, but has since been removed from the schedule.

Clifford the Big Red Dog originally started out as a children’s book series written by Norman Bridwell and published by Scholastic. Also, fun fact: the dog was originally supposed to be named “Tiny”, but his wife convinced him that the name Clifford – a pet name she gave to her childhood imaginary friend – would be a better fit. Aside from the books, The company also released a series of children’s video tapes based on the character in the 80s and 90s, and a television series in the early 2000s.

f you’re sad about the delayed release and you can’t get enough Clifford, there is currently a 5 season animated series that you can watch on Amazon Prime Video with a monthly subscription.

KEEP READING: Exclusive: ‘Clifford the Big Red Dog’ Director and Producer on Finding the Right Size for the Giant Dog, and More

Exclusive: M. Night Shyamalan Reflects on the Evolution of His Career, His Filmmaking Philosophy, and That ‘Old’ Ending

The filmmaker also says he’s tried to make “down and dirty” versions of big franchises, and why studios have been hesitant to make them.