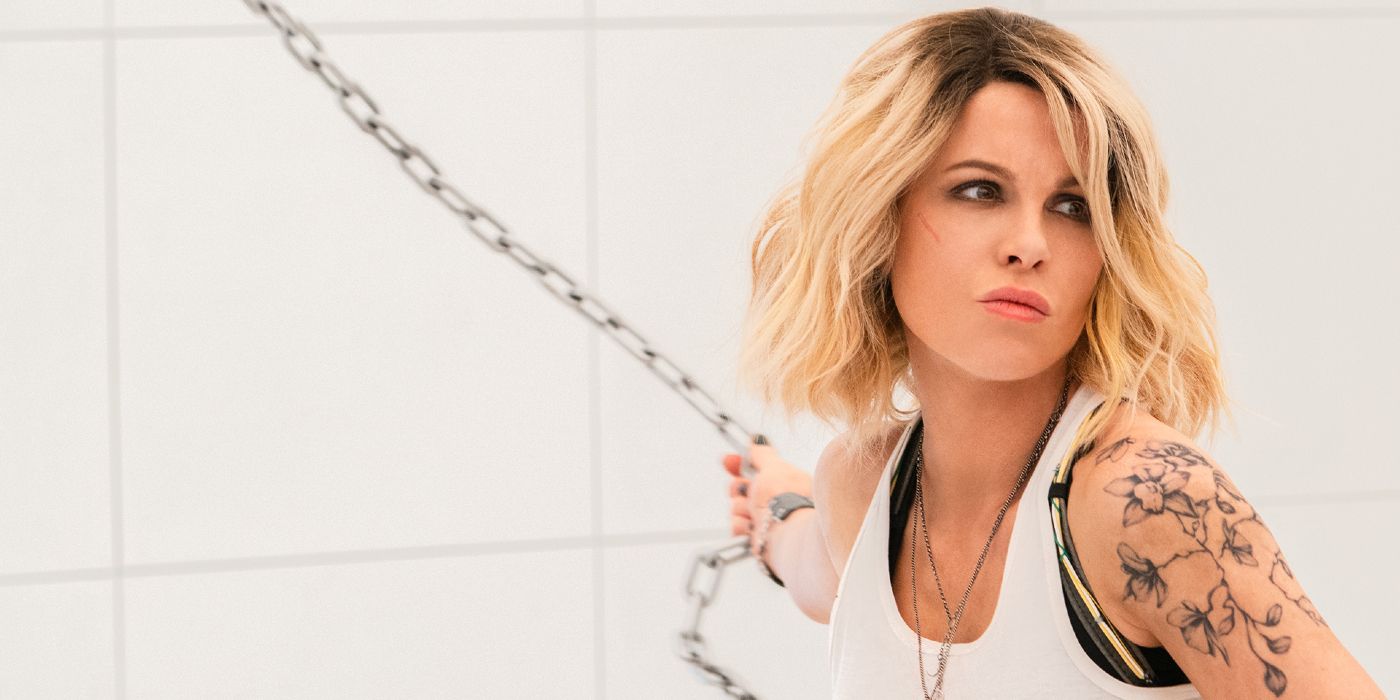 Underworld star Kate Beckinsale is back in action in the kinetic comedy-thriller Jolt. Beckinsale stars as Lindy, a woman born with a rare neurological condition that leads to violent impulse control issues. Lindy literally cannot stop kicking ass. Until she gets hooked up with an experimental, wearable shock therapy rig that seems to be getting the job done: if she gets angry, she just shocks herself until she gets it under control. But when she finally falls for a guy and he winds up dead the next day, Lindy realizes nothing and no one can stop her from getting revenge. Not even herself.

With the streaming wars in full swing, theatrical distribution windows more uncertain than ever, and major studios like Warner Bros. and Disney embracing hybrid strategies, you may not always know where to watch the new releases, but we’ve got you covered with a handy guide.

RELATED: Jai Courtney on Making the Action-Comedy ‘Jolt’ and Why Fans Will Love ‘The Suicide Squad’

Yes, Amazon Prime Video subscribers can stream Jolt right now. The film debuted on July 23, exclusively on Prime Video. Here’s the official landing page if you want to bookmark it – or get right to watching Becksinale kick some ass. If you don’t want to watch Jolt in your browser, you can also watch it in the Prime Video app, available on iOS and Android phones, tablets, and select Smart TVs. Here’s a full list of supported devices.

Is Jolt Available to Watch in Theaters?

No. Beckinsale dominated the box office for nearly a decade with the action-fantasy franchise Underworld, but fans will have to watch her latest action movie at home. As a Prime Video exclusive, Jolt skipped theaters and headed straight to streaming.

Who Else is in the Jolt Cast?

Here is the official synopsis:

Lindy is a beautiful, sardonically-funny woman with a painful secret: Due to a lifelong, rare neurological disorder, she experiences sporadic rage-filled, murderous impulses that can only be stopped when she shocks herself with a special electrode device. Unable to find love and connection in a world that fears her bizarre condition, she finally trusts a man long enough to fall in love, only to find him murdered the next day. Heartbroken and enraged, she embarks on a revenge-filled mission to find his killer, while also being pursued by the police as the crime’s prime suspect.

If you’re a big Beckinsale fan (a Beckinstan?) and you’re looking for another movie to follow-up Jolt, the good news is the streaming service actually has a whole heck of a lot of her movies you can watch right now.

Folks looking for a bit of romance can check out Tiptoes or Wilt Stillman’s wry period comedy Love and Friendship, as well as the Simon Pegg comedy Absolutely Anything and Marc Webb’s 2017 coming-of-age film The Only Living Boy in New York. Stonehearst Asylum and Trials of Cate McCall are also available to watch on Prime Video, free with ads via IMDbTV.

Finally Beckinsale starred in all eight episodes of the Amazon Original Series The Widow, which follows a woman (Beckinsale) searching through the Congo for answers about her husband’s disappearance.

KEEP READING: Kate Beckinsale on Her Action-Comedy ‘Jolt’ and Having a Cat That Loves to Be Dressed Up

Exclusive: ‘Waterworld’ TV Series in the Works With Dan Trachtenberg Attached to Direct

Producers John Davis and John Fox are planning a show that would follow the characters from the 1995 movie 20 years later.

Hardball Blu-ray Review: How the Keanu Reeves Sports Drama Holds Up
Sex Education 3: Aimee Lou Wood on the Importance of Maeve and Aimee’s Fight
Meghan Markle Paired a Chic Camel Coat With a Black Dress and Heels to Visit the UN
Quack Quack: No Take Backs, The Card Game
Dan Stevens on I’m Your Man and How the Film Tackles Epic Philosophical Concepts With Humor