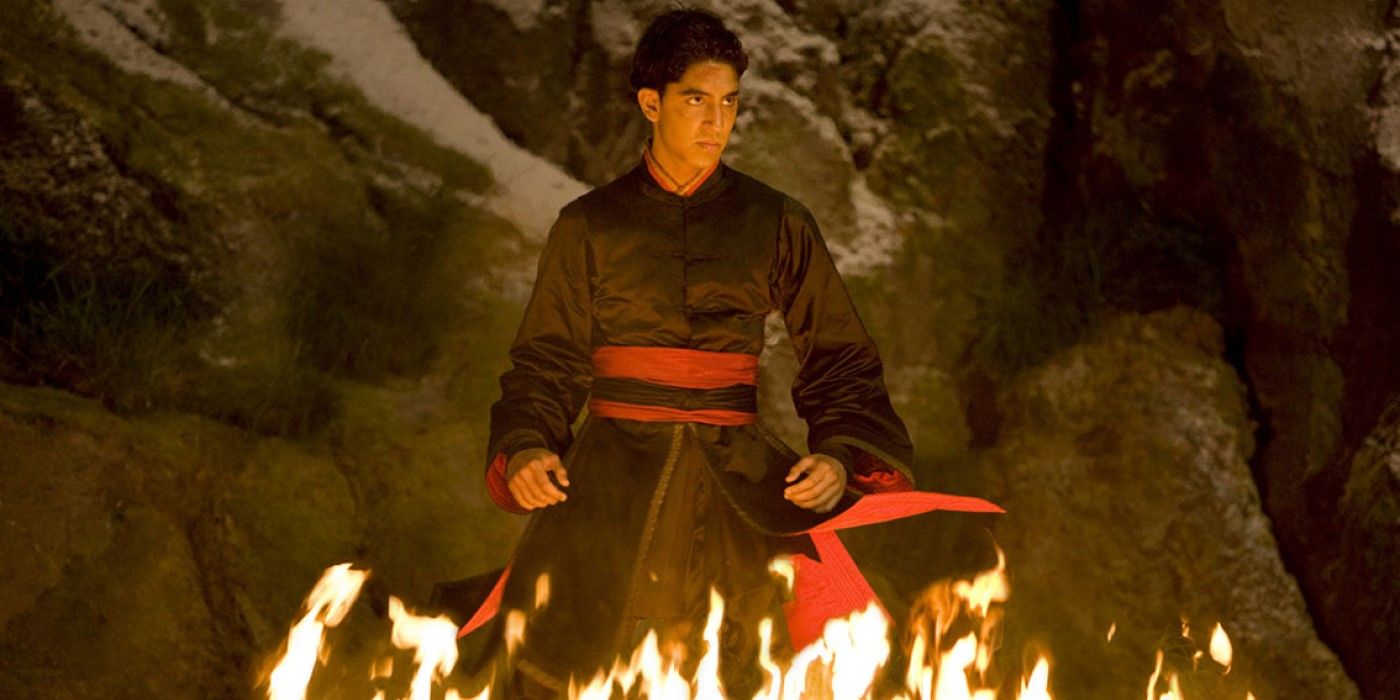 With The Green Knight becoming a success with critics and audiences, one might think that Dev Patel has proven his chops for blockbuster tentpoles. However, in a new profile in The New York Times, the actor revealed that has no plans to put on superhero tights any time soon, and it is all because of The Last Airbender.

While it may be surprising to some, it stems from one single role that he took early in his career that he regrets. During his discussion with the Times, he refers to a movie that he considers one of the worst he’s ever done.

“I shouldn’t even bring it up,” he says, “but do a quick IMDb search and you’ll know what it is.” The film he is referring to is M. Night Shyamalan’s viciously maligned blockbuster The Last Airbender, a film that featured Patel as the villain turned eventual anti-hero Zuko. He had snagged the role shortly after his feature film debut, Slumdog Millionaire, broke records at the 2009 Academy Awards.

RELATED: Dev Patel and Joel Edgerton on How Every Frame of ‘The Green Knight’ Is Like a Painting

According to Patel, being surrounded by green screen and special effects was too much to wrap his head around.

“I didn’t really flourish in that position. I take my hat off to all those incredible actors that do Marvel movies where it’s, like, big, noisy fans and green screen and tennis balls and whatnot.”

He expanded on his feelings on the live-action adaptation of the popular cartoon in a separate interview with Total Film.

“I was probably miscast, and the film didn’t hit the mark. It was a really hard process for me because it was such a bigger machine than what I was used to from Skins, that I felt a bit adrift at sea.”

Needless to say, he seems to have found the right film to dissolve into with The Green Knight. Collider’s Matt Goldberg praised the retelling of the Arthurian legend, calling it “a darkly beautiful affirmation of life itself.”

The Green Knight is currently playing in theaters across the United States.

KEEP READING: Alicia Vikander on ‘The Green Knight’ and How David Lowery Kept the Film Ambiguous

John Davis and John Fox are producing the sci-fi film, which will harken back to the original comics.

Erin is an entertainment journalist and critic anchored by a life-long obsession with movies. She currently serves up news and hot takes with Collider, with her other bylines including Fangoria, Film Cred, and Screen Queens. In her spare time, she can be seen writing short stories or watching obscure horror movies.

JARS Is A Puzzle And Tower Defence Hybrid With Tim Burton Vibes
Tactical Roguelite ‘Evertried’ Brings Strategic Turn-Based Battles To Switch Next Month
I’ve Used This Meditation Cushion For 9 Months, and I Feel the Difference in My Body and Mind
Pokémon Unite Producer Thanks Fans For Feedback And Details Upcoming Patch
This Is The Exact Lipstick Meghan Markle Wore On The Cover Of Time