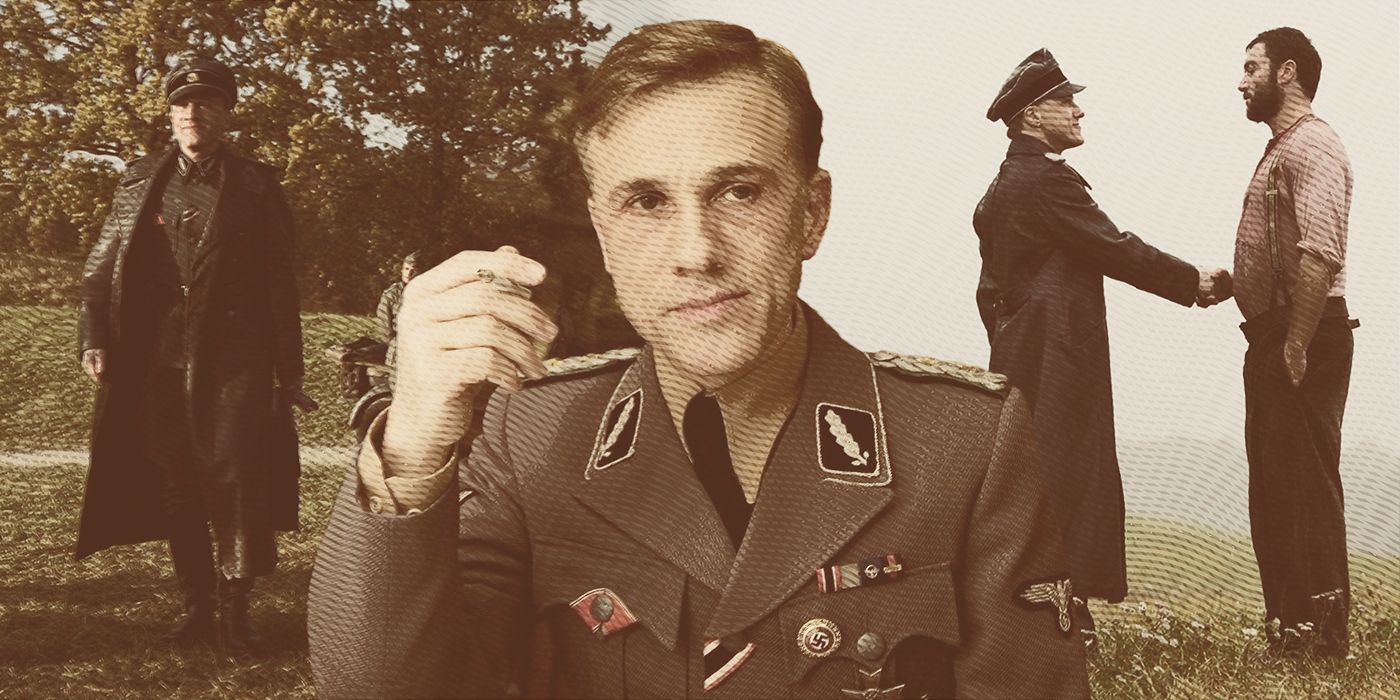 Quentin Tarantino recently revealed that he asked Christoph Waltz to not rehearse with his co-stars prior to filming Inglourious Basterds. While appearing on Brian Koppelman’s The Moment podcast (via IndieWire) earlier this week, the director said he didn’t want the other actors involved in the project to know just how spectacular Waltz was as Nazi Colonel Hans Landa before they shot with him. The way Tarantito tells it, he told Waltz:

“I don’t want you rehearsing with the other actors before filming. I don’t want Diane Kruger or Brad Pitt to know your gun-slinging abilities until the cameras are rolling,”

Waltz was on board with his director’s request but still wanted to rehearse with someone. Tarantino stepped up and the duo worked together to make sure Waltz could nail his scenes. The eccentric director noted that there was one exception, however. Waltz was allowed to rehearse with Denis Ménochet, the actor who played the French farmer in the film’s opening scene. Tarantino said it was crucial for those two actors to rehearse together to nail such a tense moment that kicked off the film.

Tarantino also asked Waltz to turn his performance down a notch when the cast got together for the script read. It’s something the actor couldn’t miss, so Tarantino convinced him to “hold a lot back,” especially given that most of his co-stars had no idea who Waltz was at the time.

“I told him, ‘I’m not doing this to be perverse game playing…everybody is so curious about who is playing Hans Landa. I don’t want you to be bad at the script reading, but I want you to hold a lot back. I do not want them to think that they are getting a glimpse of who you are really going to be. On a scale of one to 10, be a six. Be good enough, just good enough. I do not want you to be in a competition with anybody, and if you are in competition then lose. I don’t want them to know what you have or for them to have a handle on Landa.”

Tarantino’s tactics with Waltz worked, and the actor pulled off one of the best performances in the director’s catalog to date. The Austrian actor won a Best Supporting Actor Oscar for his role as Landa and followed it up two years later with the same award for Tarantino’s Django Unchained. Waltz proved his range after playing Dr. King Schulz — the anthesis of Hans Landa.

Rob Zombie’s Movies, Revisited – The Promise and Shortcomings of the Horror Director

The Dragula’s filmmaking journey has been equally problematic and inspired.

Caitlin Albers is a news writer with 10 years of experience covering the world of pop culture. When she’s not writing about breaking news regarding the MCU, Caitlin can be found rewatching the Infinity Saga and teaching her two boys about Captain America.