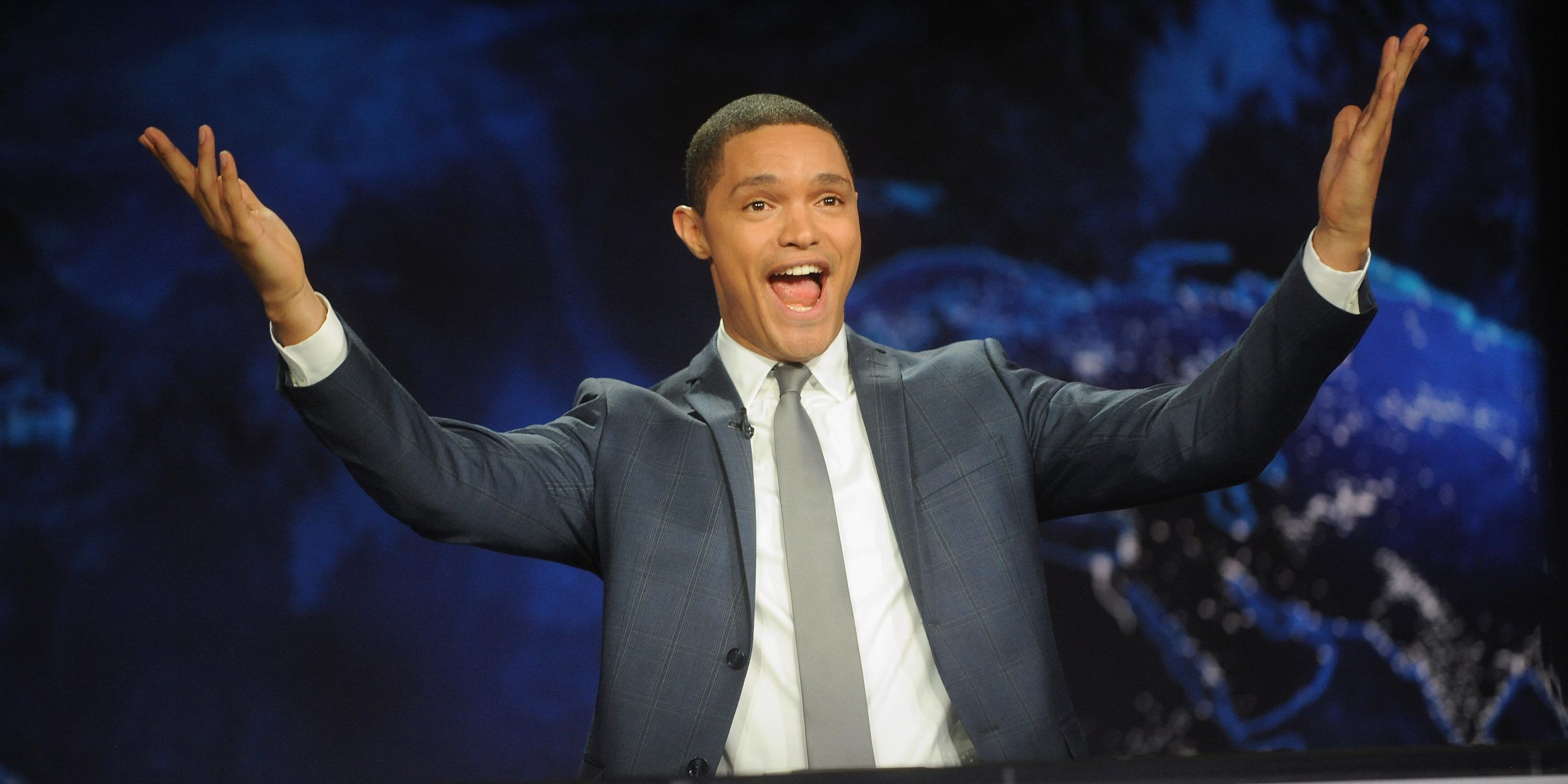 If you’re wondering when to expect new episodes, who the new guests are this week, and where you can stream The Daily Show right now, we’ve got you covered with a handy guide. Here’s everything you ned to know about how to watch The Daily Show, from the new episode of the day to older episodes from years past,

When Does The Daily Show With Trevor Noah Air?

After taking a summer hiatus, The Daily Show With Trevor Noah returns to Comedy Central on September 13.

Following the early pandemic production switch, which saw Trevor Noah filming in his own apartment as “The Daily Social Distaning Show”, The Daily Show makes a return to filming in-studio when it returns on September 13 – but not the same studio. The Daily Show formerly filmed in its own studios, but with the return to Season 26, production will move to ViacomCBS headquarters. You can watch the trailer for “The New Era” below.

Yes! Episodes are available the next morning to stream on Paramount+ and at Comedy Central’s website.

Who Are The Daily Show‘s Guests This Week?

Are Old Episodes of The Daily Show Streaming?

Yes and no, depending on which Seasons, episodes and hosts you want to watch.

Certain cable and streaming subscribers can access Seasons 21-26 on the Comedy Central website, but you will need to log in to your subscription before you can access them. Paramount+ also has previous episodes of Seasons 21-26 available to stream, as well as the 2019 run of The Daily Show with Trevor Noah: Global Edition.

Unfortunately, if you want to watch The Daily Show with Jon Stewart, you won’t find full episodes available to stream or purchase online anywhere in the U.S. However, the Comedy Central website has a substantial amount of clips available from Season 3 to Season 20, which means you can piece together most of the episodes dating back to 1999, but you’ll have to watch them in a series of short clips.

Additionally, fans of Stewart’s pointed political commentary can look forward to The Problem with Jon Stewart, his new Apple TV+ series, which debuts on Thursday, September 30. The new series is described as “a multiple-season, single-issue series, taking a deep-dive on the most important topics that are currently part of the national conversation. In this new Apple Original series, Stewart will be in discussion with the people who are impacted by the issue — as well as those who have a hand in creating the impact. Together, they will discuss tangible steps that can lead to a solutionary path forward.” The weekly series also has a companion podcast, launching on the same day.

Finally, if you’re a fan of the too often ignored The Daily Show with Craig Kilborn, there are unfortunately no options to stream or purchase the first two seasons at the moment, nor are there any clips available on the Comedy Central website. But we’ll be sure to update this space if that changes!

What Is The Daily Show?

The Daily Show is a late-night satirical news program that premiered on Comedy Central in 1996. Back then, the show was hosted by Craig Kilborn and was more focused on pop culture and humorous human interest segments. Jon Stewart took over the show in 1999, and shifted the show to be much more focused on news and current events. Stewart’s tenure lasted over a decade, during which the show received 23 Primetime Emmy Awards and three Peabody Awards. The show became an important part of the national political conversation.

Many of the correspondents have gone on to illustrious careers after their time on The Daily Show. Stephen Colbert, John Oliver, Samantha Bee, and Larry Wilmore all have gone on to host their own topical talk shows. Steve Carell (The Office), Ed Helms (The Hangover trilogy), Olivia Munn (X-Men: Apocalypse), Michael Che (Saturday Night Live), Aasif Mandvi (Evil), Josh Gad (Frozen), Kristen Schaal (Bob’s Burgers) and Rachael Harris (Lucifer) are just some of the correspondents that went on create a name for themselves in the acting sphere.

Stewart left The Daily Show in 2015, and Trevor Noah took over the anchor job. His style, while still covering the day’s news, took on a younger tone, aiming the show toward the younger demographic that Noah brought in. In 2020, Noah started doing the show out of his New York City apartment due to the COVID-19 pandemic. During that time, the show changed its name to The Daily Social Distancing Show With Trevor Noah.

On September 13, 2021, The Daily Show With Trevor Noah returns with its original title as the show returns to the studio. The new studio space promises to have “state-of-the-art production capabilities, allowing the show to create and deliver a greater range of content across all platforms.”

“Just like the rest of the world we’re excited to leave our homes and get back to working in the same space as other human beings,” said Trevor Noah. “We’re not 100% back to normal yet but we’re gonna make the best of it and enjoy making the show from the heart of Times Square.”

Ethan Hawke Will Play Batman in ‘Batwheels,’ an Animated Series About Batman’s Car-Family

As predicted by ‘Teen Titans Go! to the Movies.’

Alyse Wax has written three books: “Curious Goods: Behind the Scenes of Friday the 13th: The Series,” which has nothing to do with the films; “The World of IT,” about the scary clown, not information technologies; and “Creepy Bitches,” a collection of essays about horror by women in horror.