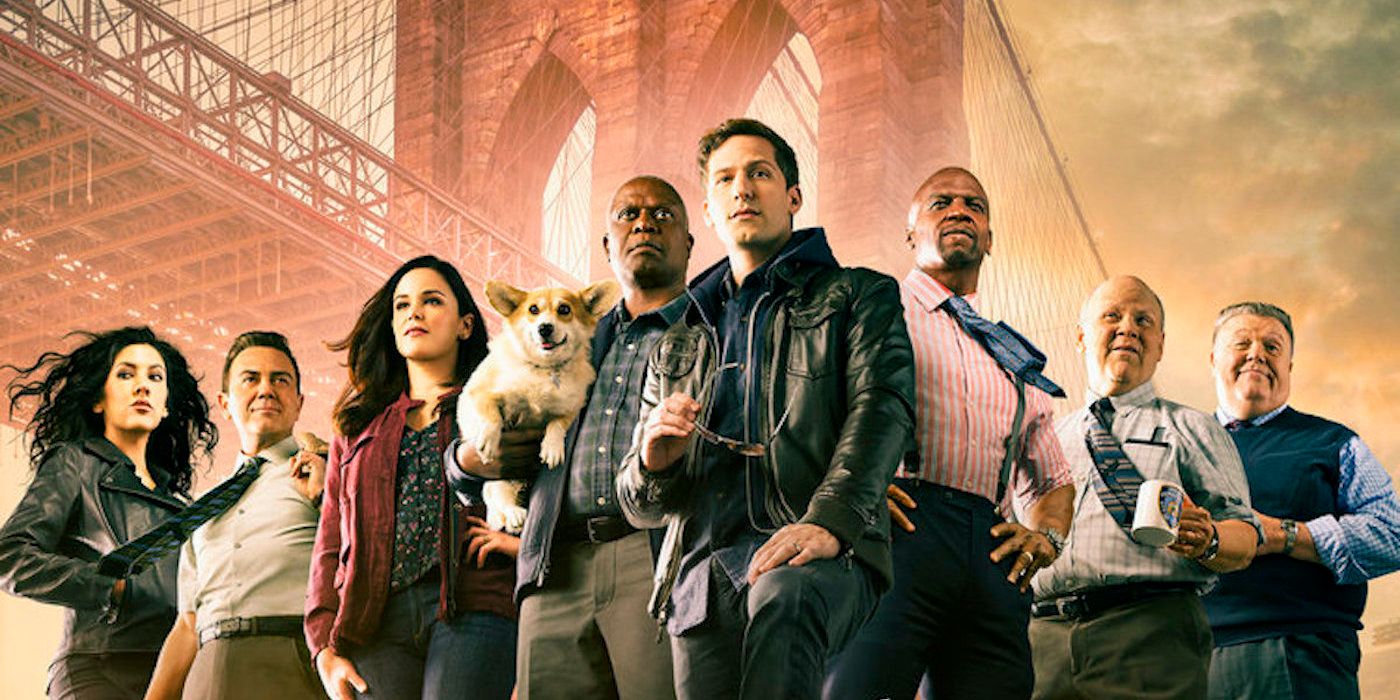 Today, the official Brooklyn Nine-Nine Twitter account dropped three wonderful minutes of blooper reels for fans to enjoy. Because the bloopers are from Season 2, we get to see Chelsea Peretti as Gina Linetti (she, unfortunately, left the show during Season 6), who starts things off by slapping costar Joe Lo Truglio (Detective Charles Boyle) hard in the face.

These bloopers deliver all that you would expect them to: actors getting a bad case of “the giggles,” flubbing their lines, and acting out of character. You’ll also get Eskimo kisses, pillow fights in fancy hotels, and Peretti and Lo Truglio in matching satin robes. At the end of the reel, Andre Braugher (Captain Raymond Holt) and Andy Samberg (Detective Jake Peralta) round things off by discussing the proper read for their final lines: less Phantom of the Opera, and more Les Misérables.

As with any great blooper reel, some of the best laughs come from watching beloved characters break. The most surprising is seeing the usually stoic Rosa Diaz, played by Stephanie Beatriz, break into a laughter fit. There’s also a great moment where Dirk Blocker, who plays Detective Michael Hitchcock, makes Braugher burst out into laughter. There’s also plenty of Samberg flubbing his lines, Michelle Fumero (Detective Amy Santiago) hyped up, and lots of Boyle and Linetti antics. Here’s hoping that in the buildup to the final episodes, we’ll see more blooper reels from over the years.

KEEP READING: 9 Shows ‘Brooklyn Nine-Nine’ to Watch While You Wait for New Episodes

But what’s at the bottom?

London Fashion Week Was Split Between Two Camps
Alan Wake Remaster Trailer Shows How Much the Graphics Have Improved
Meghan Markle Stunned in Monochrome Tan Outfit at the U.N.
Christmas vs. The Walters Trailer Promises a Dysfunctional Family Comedy
Idol Anime Explained: An Introductory Guide To The Genre & What It Means