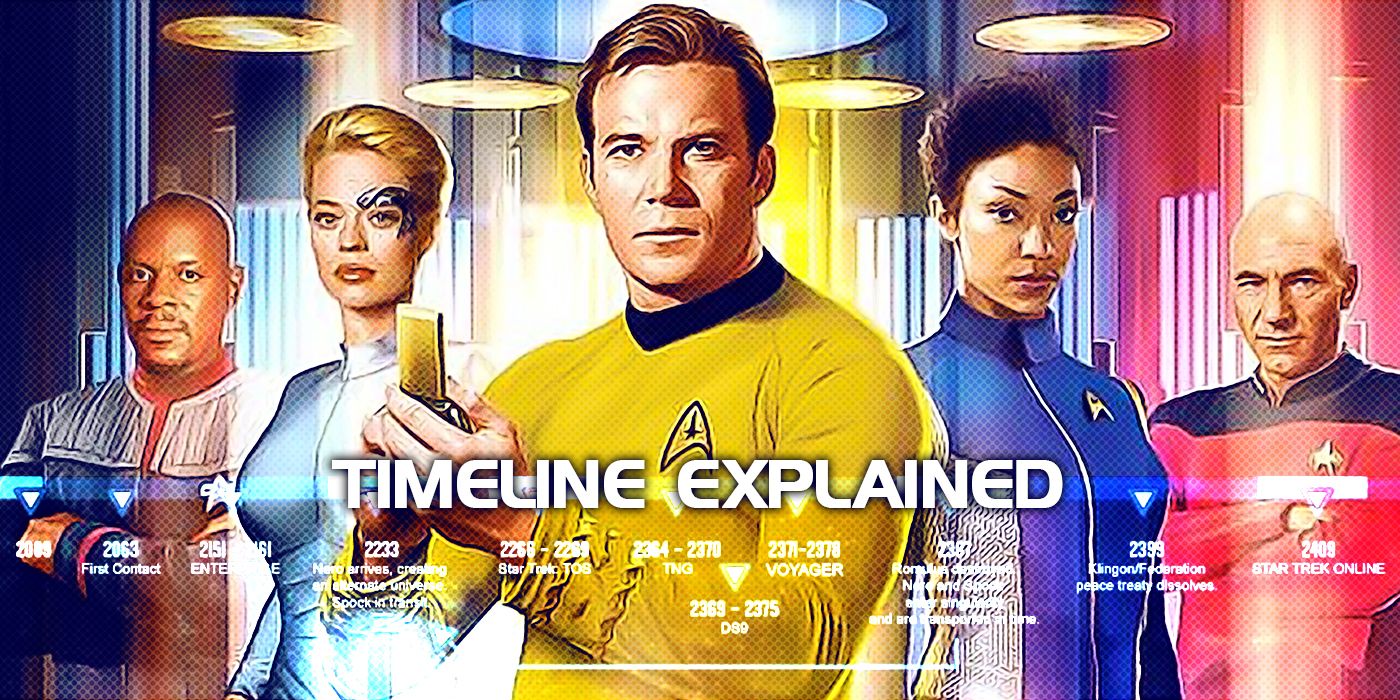 It began so simply: A man named Gene Roddenberry wanted to make a TV show set in the future, featuring characters who would represent the best of humanity, boldly going where no one has gone before. Now, Star Trek has become one of pop culture’s most enduring touchstones, constantly evolving with the times.

It is not an easy thing to put together a coherent timeline for a franchise that consists of over 50 years of films and TV (nine series and 13 films, to be exact). Yet Star Trek, when you break it down, does hold together pretty well for a narrative that has been crafted by literally dozens of writers and directors over the decades. This is especially impressive given the amount of time travel that’s been built into the story, as well as some conflicting dates (for example, the Eugenics War makes things complicated).

Choosing the most important dates of Trek history to focus on was at times difficult, but an effort was made to pinpoint moments where the franchise’s relationship with time was most complicated — after all, the ultimate goal of this article is to take over 50 years of sci-fi adventure and make it relatively comprehensible. With that in mind, The timeline below is restricted to the film and TV entries in the Trek universe, in part because the books, comics, and other media are fascinating enhancements to the narrative (especially when they push forward into the future) but are not widely considered to be officially canon.

Given that many of these events take place on different planets — with, thus, different year cycles — some dates are approximated, especially when their placement in the timeline is based on statements like “a thousand years ago.” (If Trek‘s stardate dating system was easier to compute, then it would have been incorporated here. Alas.) But even when some dates don’t quite line up, the franchise’s central principles are rarely lost.

The Films and TV Shows (Combined)

The Age of Shatner and Nimoy

The Next Generation Begins

The Next Next Generation

Note: Spoilers follow for all of the above, including the season premiere of Picard.

The Days Before Space

The Dawn of the Warp Era

The Rise of Picard, Sisko, and Janeway

The Future Is a Dark Place

1000 years into the future of the Discovery, the abandoned ship (run by a now-sentient computer) rescues an escape pod and forms a bond with its occupant (ST:ST “Calypso”).

The series will star Abubakr Ali in the title role.