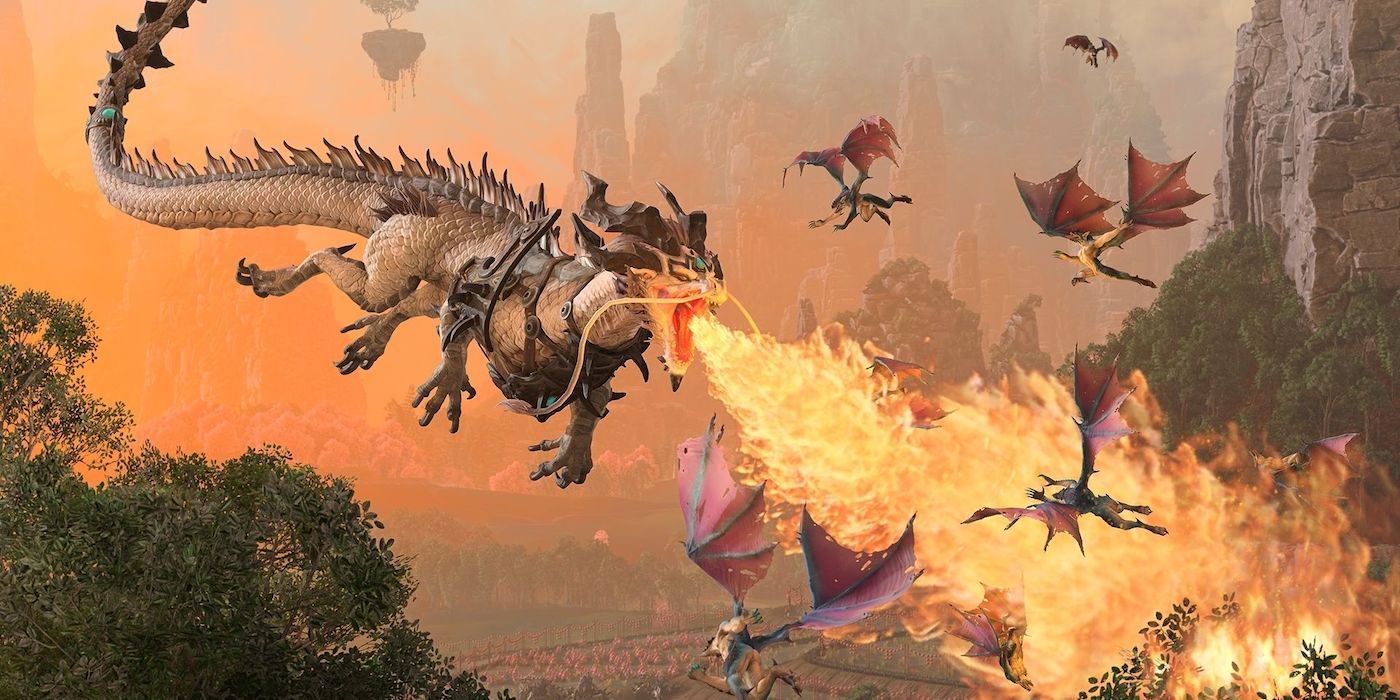 While the game will no longer be seeing a release this year, Total War: Warhammer III went ahead with their scheduled showcase of the game’s new faction, Grand Cathay, with a deep dive blog post and a new trailer. Creative Assembly released a blog post on the official Total War website that gave an in-depth look at the new playable faction as well as a nearly four-minute trailer showing off “the land of celestial dragons, unyielding warriors, and wondrous war machines” in-game.

The brand new cinematic trailer showed the power of Grand Cathay forces as well as their leader and playable character, Miao Ying, the Storm Dragon, ruler of the Northern Provinces, and Daughter of the Dragon Emperor as she stands against an invading army at her Great Bastion. The other Legendary Lord that players will be able to play as is Zhao Ming, The Iron Dragon, Son of the Dragon Emperor, and ruler of the Western Provinces. Grand Cathay is an army that is focused on defense, using the Yin and Yang that flows through the inhabitants of Cathay to increase the power of units in close proximity.

“This gives them incredible ranged firepower and a stalwart, hardy frontline. They are slow-moving and easy to flank, but their flying machines, alchemists, and dragon sorcerers do much to make the army a formidable one,” according to the Total War blog. The Ivory Road will be able to fund the war effort of Grand Cathay and the nearly invincible Grand Bastion will be able to withhold any offensive. Players can expect more information such as roster and unit showcases in the coming weeks.

Grand Cathay is the largest nation in the Warhammer world and was first mentioned in the second edition of Warhammer Fantasy Battles and was mostly a background faction that has not yet been playable, but Total War: Warhammer III gives players their first opportunity to control the advanced nation. “Games Workshop have created and reimagined all of those fleeting references into a full army, and we’ve put that army along with their empire into Total War: Warhammer III. This includes their own characters, units, magic, history, and much more.”

Cathay is ruled by immortal dragons that have taken human form, making them strong combatants, sorcerers, and leaders as well as, as the blog post puts it, “extremely cool.” While the Celestial Dragon Emperor stays away from the battlefield, his children are the ones that lead their armies and are the two Legendary Lords you will get to control. Just don’t put the Dragon Siblings together, since they don’t exactly get along.

Total War: Warhammer III was previously announced it will be getting delayed, pushing back its release date from 2021 to an early 2022 release window. You can watch the new Dawn of Grand Cathay trailer below.

The comedian had been battling cancer for nine years.